We spend a lot of time at Patheos talking about faith based projects: the blockbuster kind like Exodus or The Bible, the subculture kind like Saving Christmas or God’s Not Dead. But there’s a huge player we hardly ever discuss: Tyler Perry. The stupendously successful director interweaves African-American stories and faith. He’s probably the most successful faith-based filmmaker working today. And he doesn’t pull his punches.

Here’s a clip from his play coming out on DVD November 25:

Tyler Perry’s Hell Hath No Fury Like a Woman Scorned – The Play unfolds through the life of Anita (“Cheryl “Pepsii” Riley), a single woman who has it all – a great job, a loving family, and the ability to pay for her baby sister’s wedding. According to her best friend, however, there’s only one thing missing…the love of a good man. At her friend’s insistence, she meets the seemingly perfect man online and all seems well, until he convinces her to get married in Las Vegas and her life quickly spirals out of control at her new husband’s demands. Can she regain the upper hand, or will the tides turn for the worse? 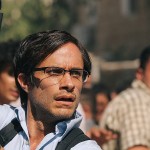 November 16, 2014
“Rosewater”: the Horrible Buffoonery of Iranian Theocracy
Next Post

November 22, 2014 “Princess Kaguya”: A Treasure for its Visual Beauty, Despite its Flawed Story
Browse Our Archives
get the latest from
Family
Sign up for our newsletter
POPULAR AT PATHEOS Family
1