Yesterday was the 39th anniversary of the controversial 1973 Supreme Court ruling Roe v. Wade, which legalized abortion. The woman at the center of that case, Norma McCorvey, will appear in an upcoming movie “Doonby,” as a neighbor who tries to talk a young girl out of an abortion in the South in the 1960s.

You can watch her scene here:

No stranger to controversy, McCorvey, 64, has had a colorful life since being the focal point of one of the most controversial decisions in American history. After living for many years as a lesbian, McCorvey in 1994 reversed her opinion on abortion and became an activist to overturn Roe v. Wade. She later converted to Catholicism and says she is no longer a lesbian.

“I wasn’t seeking out an acting role, but after I read the script I knew I had to play Nancy because it seemed to have been written especially for me,” said McCorvey in a press release, “I understand the role that I’ve played in history in my first act and this is my second act. The message of the film is something we can all agree on: every human life has value, promise and meaning.”

“Doonby” stars Jon Schneider (“Smallville,” “The Dukes of Hazard”) as a drifter who comes to a small Texas town but finds a sinister force at work. Robert Davi (“Goonies,” “Criminal Minds”), Jenn Gotzon (“Frost/Nixon”), Ernie Hudson (“Ghostbusters,” “The Secret Life of the American Teenager”), Jennifer O’Neill (“Summer of ’42”), Joe Estevez (“A Perfect Life”), and Will Wallace (“The Tree of Life,” “The Thin Red Line”) join Schneider and McCorvey in the cast.

The film will open for sneak peeks on February 10th and 17th in Dallas, TX, Hattiesburg, Meridian, and Jackson, MS and Chattanooga, TN. It is expected to release widely in the late spring/early summer.

The trailer for “Doonby” is here: 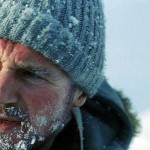 January 23, 2012
Interview: Director Joe Carnahan on God and spirituality in thriller "The Grey"
Next Post 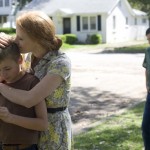 January 24, 2012 Who was Robbed and Who was Right in Oscar Nominations
Browse Our Archives
get the latest from
Family
Sign up for our newsletter
POPULAR AT PATHEOS Family
1