Interview: Director Joe Carnahan on God and spirituality in thriller “The Grey” 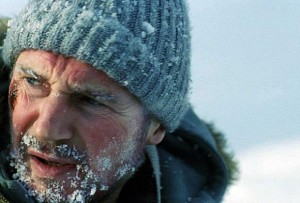 On the surface, “The Grey,” starring Liam Neeson, is a suspenseful and thrilling survival movie about a plane load of tough Alaskan men who crash in the wilderness.  Stalked by a pack of wild wolves, their journey towards civilization becomes an epic and harrowing battle between the human pack and the wolf pack.

However, the primal struggle takes on an almost literary quality, with both packs becoming metaphors for life, death, struggle, and spirituality. It’s like a Jack London story come to life, or perhaps a wilderness Flannery O’Connor, as the men find their beliefs about God and death, when challenged by the very real possibility of death, to be quite different than what they had believed before they boarded their doomed airplane.

I asked Joe Carnahan, the director and scriptwriter (it is an adaptation of a shorty story, “Ghost Walker” by Ian Mackenzie Jeffers), if he saw echoes of Jack London or O’Connor. “I think in terms of the overall spirituality or notion of the mystic and mysterious, yeah,” he said, “There’s larger themes in play in what would otherwise be a genre or thriller, action thriller category. Those things were working hand in hand. Something like ‘Deliverance’ – I’m a fan of the film, but I’m a bigger fan of the novel – and the theme of masculinity, what it means to be a man.”

“There is that brutality in O’Connor’s work. The hostility of the world around them.  And what is your shelter, if there is a shelter.”

In one scene, Neeson’s character –who earlier denied belief in God – challenges God, demanding help or answers. It was Neeson’s idea, Carnahan says, to pause in something very like prayer and carefully arrange objects in what seems to be a cross.

That’s not to say the movie serves up easy answers. In fact, Carnahan is perfectly comfortable with ambiguity: “I think if you’re an atheist, you look at the film and you say ‘He didn’t believe in God.’ If you’re a Christian: ‘100% he believed in God.’ I like that. I that like those things coexist. I’m a hell of a lot more interested to hear people talking to me about the film than for me to be telling them about the movie.”

He also intentionally set up the wolf pack and the human pack, with their respective Alpha males, to mirror each other. Human natures is “unpredictable and as hard to map as the animal world. …Nature is wildly unpredictable and we are certainly part of that.”

How does one make a movie that so overtly examines faith and God’s role in individual lives without being preachy? Carnahan, who was raised Catholic, said, “Be open minded and available to everything and not just saying it’s Jesus Christ or bust. So much of the world will do that. I find it troubling …Don’t be dogmatic.  I don’t see how it would be possible for us to make this movie if we were closed down or myopic in any form.”

So what is the movie about? “I think it’s the contradictions that exist in all of us at times in reference to God or to spirituality or to religion in general. There’s a duality of a guy calling on God: ‘Where are you when I need you?’ and then at the same time ‘God helps those who help themselves.’ I think that contradiction does exist in all of us, those of faith and those who profess to have no faith. I just thought it had to be something that was synonymous with the story itself and what we were trying to achieve and what we’re trying to tell. It wasn’t just a simplified view of life and death. Certainly, I ask myself those questions. What’s waiting for me? What will I be? My hope, my real hope, is that whatever you hold in your heart, whatever you truly believe, and you’ve put your faith in, that that’s what ‘s waiting for you. I think that’d be wonderful. You know what I mean? I think that would be the culmination of the life of the devout, or the believer.”

“The Grey” is rated R for bloody violence and opens Friday, January 27. 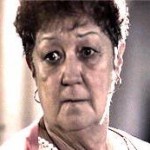 January 24, 2012 Norma McCorvey, 'Roe' of 'Roe v. Wade,' to Appear in Movie 'Doonby'
Recent Comments
12 Comments | Leave a Comment
Browse Our Archives
get the latest from
Family
Sign up for our newsletter
POPULAR AT PATHEOS Family
1

Giving Thanks For The Things That Matter
Between today’s busy-ness and the season of seemingly nonstop holiday activities that’s...
view all Family blogs
What Are Your Thoughts?leave a comment

12 responses to “Interview: Director Joe Carnahan on God and spirituality in thriller “The Grey””