Thrilling Primal and Profound Fears with “The Grey” 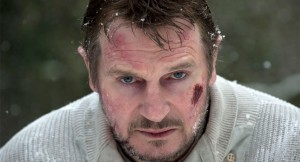 Civilization has, by and large, freed human beings from the fear of animal attack, but it once was an everyday primal terror of human experience. Our language still reflects this: We say the wolf is at the door, we accuse children of crying wolf, we tell the tale of Little Red Riding Hood, stalked by a wolf. Somewhere deep in our psyches lurks the knowledge that, without our secure doors and our modern weapons, we are not the top of the food chain.

“The Grey,” opening today, yanks this ancient struggle out of the subconscious and very effectively interjects it into the now, creating a gripping, thrilling movie that has more a shocking amount of insight into mortality and what we really believe about it.

Liam Nesson plays Ottway, a man who does not care if he lives or dies after the abandonment of his beloved wife. Like other men unfit for human society, he has sought the edges of the world, taking a job in Alaska shooting wolves who attack the workers in the oil fields. It’s a rough world, inhabited by coarse men with pasts and no future. As he zombie-walks through his days, he is suddenly and severely awakened by the crash of his chartered plane exactly in the middle of Alaska’s nowhere.

With a handful of survivors and little hope for rescue, no one is more shocked than Ottoway to find he has the drive to survive and to lead his band to safety.

Another pack has scented the human interlopers in their territory. Wolves do not appreciate visitors. An epic battle begins: Wolf pack against human pack. The men have makeshift weapons (Ottaway’s rifle being lost in the crash), fire, and intelligence on their side. The wolves have tooth and claw, homefield advantage, and instinct on theirs.

The two packs are more alike than they realize, each fighting for dominance amongst themselves, each with its own version of cunning and determination. That was absolutely intended, director Joe Carnahan told me in an interview from New York. Men are, he said, as “unpredictable and as hard to map as the animal world. …Nature is wildly unpredictable and we are certainly part of that.” Read the rest of our interview here.

The movie is gripping and tense. Carnahan doesn’t show the wolves much, and occasionally when he does they seem fake, but he effectively builds tension through a howl in the darkness or a footfall barely heard. He plays with the edge of the light cast by a fire, something most of us only experience when camping, and the fear of what might be just beyond our sight in the inky blackness. A few times, only a puff of wolfbreath lit by moonlight betrays the presence of the predators.

Other times, of course, they come at the men tooth and claw, bones crunching. For this reason, and for the pervasive language that men use on the edge of the world, the movie is rated R.

In the midst of all this stalking, jumping at shadows, and sudden bloody attacks, the movie begins to ask bigger questions.

It turns out that the God Ottoway intellectually disbelieved when nursing his pain in a divey but safe bar is much more believable when either life or death is only a moment away. When facing the very real likelihood of their imminent death, the posings and rationalizings of men melt away and they are left with the essence of themselves and the things in which they believe.

Even these men of violence and uncouth manners hold light deep within them. Their lives are valuable, increasingly so as the movie goes on. The audience finds itself caring.

Liam Neeson does a fantastic job, both tough-as-nails and vulnerable. Frank Grillo almost steals the movie, however, as Diaz, a smooth talking thorn in Ottoway’s side.

I little expected a January thriller about wolves to be so gripping or moving, but like men society has rejected, movies can surprise you. If this film had opened, as it was intended to, in Toronto, I believe we’d be talking about Oscar nominations. It’s certainly better than a few of the contenders. 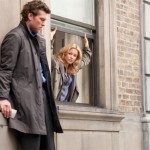 January 27, 2012
Disbelief the Only Thing not Suspended in "Man on a Ledge"
Next Post 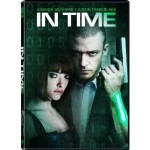 January 30, 2012 In Time
Recent Comments
4 Comments | Leave a Comment
Browse Our Archives
get the latest from
Family
Sign up for our newsletter
POPULAR AT PATHEOS Family
1

4 responses to “Thrilling Primal and Profound Fears with “The Grey””