Are you excited about “Prometheus,” the prequel to 1979’s “Alien?” It’s directed by the same man, Ridley Scott, and apparently explores a similar universe but not exactly the same story as the sci-fi horror blockbuster.

Are you really excited?

Apparently, the Ridley Scott team thinks you are because they have released a teaser trailer. Not a trailer. Just a teaser to get you excited about the trailer. Which premieres at Wondercon March 17.

Which is supposed to get you excited for the movie. Which opens June 8. 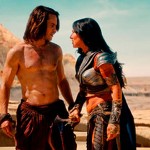 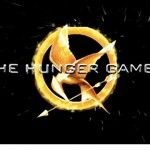 March 12, 2012 Peeta Confesses Love for Katniss - Hunger Games Clip
Recent Comments
2 Comments | Leave a Comment
Browse Our Archives
get the latest from
Family
Sign up for our newsletter
Related posts from Tinsel

Why Teenage Boys Should Be Courageous and Ask...
Guys, to build yourself as a person and as a leader, it...
view all Family blogs
What Are Your Thoughts?leave a comment