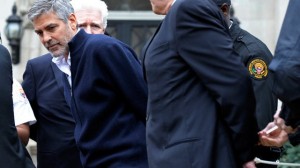 Multiple sources are reporting that actor George Clooney followed through on his determination to raise awareness about the humanitarian crisis in Sudan by staging a protest in front of the Sudanese Embassy in Washington, DC.

Along with his father, Clooney was arrested and placed in a Secret Service van.

A rep for Clooney issued this statement: “They were protesting the violence committed by the government of Sudan on its own innocent men, women and children. They were demanding they allow humanitarian aid into the country before it becomes the largest humanitarian crisis in the world.”

See the video of the arrest on CNN:

Update 2:55 Clooney was processed and released. Today has good coverage.

Clooney: America “Still the most generous country in the world and truly the most compassionate.” 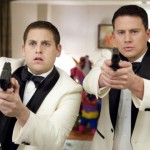 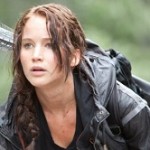 March 16, 2012 A Parent's Guide to The Hunger Games
Recent Comments
1 Comment | Leave a Comment
Browse Our Archives
get the latest from
Family
Sign up for our newsletter
POPULAR AT PATHEOS Family
1

A Woman | FAITHFUL: A New Collaboration
Women in the Bible: The Comeback TourIn recent years, scholars and pastoral...
view all Family blogs
What Are Your Thoughts?leave a comment