Politics and ‘The Avengers:’ If Iron Man is Libertarian, what’s The Hulk?

Politics and ‘The Avengers:’ If Iron Man is Libertarian, what’s The Hulk? May 7, 2012 Rebecca Cusey

Can the Avengers, lords of the boxoffice, show us the way to getting along a little better? Sometimes it takes a Superheroic effort to cut through the election year noise.

Let’s break this down, shall we? 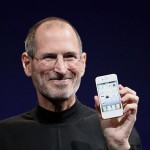 A capitalist’s capitalist, Tony Stark (aka Iron Man) could not be more unapologetic about  his success and his desire to make money. He doesn’t necessarily want to tell you how to live your life, and doesn’t want you to tell him either, but he cherishes the freedom to prosper and play, kind of like the old pursuit of happiness line. He’s pretty much a libertarian.

Banner aka The Hulk the Progressive 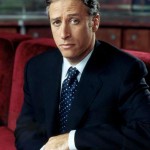 When we meet Dr. Banner (aka The Hulk), he’s providing medical care to the extremely impoverished in slums somewhere in India. He is vitally aware of the danger and volatility of violence and eschews it completely. Better than anyone, he knows how a little anger and violence can get out of control. Can we say hippy- dippy? 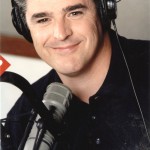 Captian America, well, he’s old school. Literally. Transported from the 1940s, he believes in country, sacrifice, and the American way. He’s a traditionalist in every sense of the word. He believes in one God, the Christian God, presumably. One pictures him probably 1940s style Episcopal, before they got all hippy too. In his mind, there’s a right way and a wrong way and, sadly, America’s changed a lot since his day. One thing is for sure: His stars and stripes don’t run. 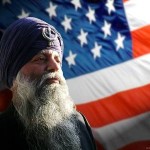 Thor, well, he’s not from around here. First of all, he doesn’t buy into that one god thing. After all, he is a god, and not the one the good Captain means. He’s from a foreign land where things are done differently. He even talks funny. Some very basic things don’t translate well, like sarcasm or what it’s like at home. He’s an immigrant. 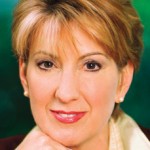 Black Widow (Scarlett Johannson), she’s both an immigrant from some Russian roots and a woman. She’s pretty post-feminist. She knows what she’s good at (persuading people to do things they don’t want to do) and what she’s not (beating people like the Hulk in a physical contest). She works hard, fights hard, and keeps a mental ledger of whom she owes and who owes her. She doesn’t ask special favors, but she doesn’t give any away either. 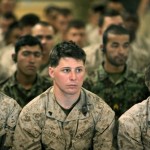 Hawkeye, he’s the new kid. We don’t know much about him. He hasn’t figured it out himself yet. He even gets sucked in by Loki’s mesmerizing charm, but comes around in the end. One thing he does know. He wants to make a difference. That’s why he signed up  to work with S.H.I.E.L.D. He’s Gen Y. The future is yet to be seen. 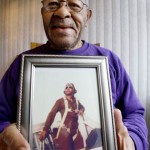 Finally, we have Nick Fury, the leader of the troop. In the comics, he’s a World War II veteran as well (in some versions World War I), whose anti-aging serum gives him long life. Unlike the original comic character, who was white, he is African-American. For all African-Americans, he says hey, we’ve been here all along, contributing to this country.

These seven heroes with widely ranging beliefs. They probably would not all vote the same way. They might not even get along at a party (in fact, they don’t get along in entertaining and spectacular ways in the movie).

But they have a few things in common: A abiding respect for human life, a love of freedom, and a willingness to sacrifice themselves for those beliefs.

Sometimes, that’s all it takes.

For more, read our Avengers review. 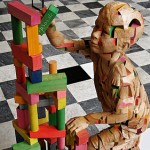 May 7, 2012
'Science and Faith: Friend or Foe?' Asks Short Film Competition
Next Post 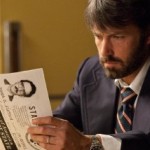 May 8, 2012 New Trailer: Ben Affleck Goes to Iran in 'Argo'
Recent Comments
4 Comments | Leave a Comment
Browse Our Archives
get the latest from
Family
Sign up for our newsletter
POPULAR AT PATHEOS Family
1

4 responses to “Politics and ‘The Avengers:’ If Iron Man is Libertarian, what’s The Hulk?”