Why the Shootings at Sandy Hook Elementary in Newtown Make Me Believe in God December 17, 2012 Rebecca Cusey 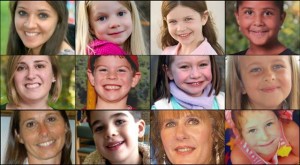 After a crisis of faith three years ago, I found that I did, indeed, believe in God.

The way I got there surprised me. It starts with the existence of evil.

Heartbreaking and inexplicably evil events like the shooting of little children at Sandy Hook Elementary School bring us face to face with the reality of evil.

There is much evil in the world, but somehow those sweet little children have pierced our hearts like few other events have.

Perhaps it’s because it’s easy to believe young children are innocent and good.

They’re not, of course. Any parent of a toddler can tell you babies come equipped with selfish desires, the twisted urge to dominate those around them, and murderous rages. If a two year old had any real power, no parent would survive their toddlerhood. A two year old would gladly murder Mom or Dad for nothing more than a denied cookie.

It’s the process of maturing and building empathy that allows humans to overcome their inherent willful selfishness, or at least channel it into socially acceptable vices. A distressing number never do.

But looking at the little victims of Sandy Hook, nonetheless, we are moved. Perhaps because they knew so little of the world. Perhaps because they were so unformed. The pathways in their mind and soul were unshaped, pathways that would eventually lead to character or cowardice, love or hate, grace or nature. They were question marks still, a bundle of possibilities waiting to be expressed.

So we rail against an evil that would shoot that question mark and take away its potential for an answer.

We rail because somehow, independent of us and society and shifting values and debates, independent of whether you believe in God or not, the child matters. There is something good there, something undeniable.

In order for evil to exist, something good must be violated. Evil does not exist on its own. It is only a destruction of good.

Evil is the flip side on the coin of good. Without good, there can be no evil. Something intangible, something ineffable,  something beyond you or me or that child was violated when a young man took a gun to that school.

This is true, of course, of families killed in Syria, children starving in North Korea, or a young criminal gunned down on the street of Chicago. In all of them, something good existed and was extinguished. Something evil happened.

But it’s easier for us to see that contrast when twenty fresh young children are senselessly murdered. We feel the disturbance in the force, as Obi-Wan Kanobi said. The disturbance is always there, but we sense it now.

Nor does evil require our knowledge to be evil. An unknown and unmissed child murdered, the crime never to be discovered, is equally a violation of that ineffable, sacred thing that matters so much to the fabric of the universe.

If there is something sacred and good about each human, despite all the drudgery, want, and evil that constantly violates the sacred on the earth, that something must exist independent of us, our knowledge, our opinion, even our existence.

There must be a an ultimate Good from which all other good flows, a wellspring of goodness that fills the universe, that exists outside of us, above us, beyond us.

And so, to my surprise, I found I did believe in God. And this, initially, was only because I knew evil to be true in my heart and in the world. Evil was the one thing I could never deny existed.

Either the children of Sandy Hook matter or they don’t. Either their murder shakes the universe or it doesn’t. Either they are meaningless animals evolved in a cold, impersonal universe, or they are images of God lovingly sculpted by a Creator.

And if they matter, every human being on earth does. 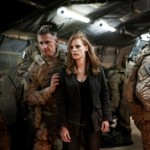 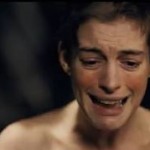 December 18, 2012 10 Most Tear Inducing Lyric Quotes from Les Miserables (With photos from the Film)
Recent Comments
6 Comments | Leave a Comment
Browse Our Archives
get the latest from
Family
Sign up for our newsletter
POPULAR AT PATHEOS Family
1

The Keys to Being an Emotionally Available Partner
During a recent couples counseling session, Kylie, 36,  spoke about her frustration...
view all Family blogs
What Are Your Thoughts?leave a comment