San Diego Convention Center has closed for the night but the Gaslamp Quarter is party central. MTV, Wootstock and Geek & Sundry are hosting the larger events while industry parties and special screenings are tucked into secret hotels.

Right now I’m happy to be far away, cozy in comfy clothes enjoying quiet time by the bay after an exciting first day of Comic Con.

I keep thinking the Con won’t get any more popular, but the first round of tickets sold out in 93 minutes last fall. Over 140,000 people crowd the Convention Center for the four day event consisting of discussion and Q&A panels from networks, studios, writers, fans and scientists. Plus an awesome 525,000 square foot exhibit hall. (I think it’s awesome, my sister thinks its borderline masochistic to spend time in there.)

As a whole the Con isn’t for the faint of heart, the crowds are overwhelming, the lines are long and you’ll be walking all day. But for a fan, it’s a once in a lifetime event to see the people who create your entertainment – or science – up close and unplugged. Plus TBS set up a free King of the Nerds cereal bar this year. You give us free cereal we make you a king.

We spent most of today at our favorite offsite spot, Zachary Levi’s Nerd HQ (more info on what Nerd HQ is all about here.) Nerd HQ has become so popular in just its third year that nearly all its Conversations for a Cause panels sold out in less than three minutes. Limited to 250 tickets, with proceeds benefiting Operation Smile, it’s well worth $20 to see panels like Supernatural or speakers like Joss Whedon (The Avengers, Buffy) in this intimate setting. It can literally save you hours of standing in line at the convention center to see the same panel from the far corner of a ballroom with 2,000 other fans.

The HQ relocated to a much larger, more comfortable setup at Petco Park with a ton of opportunities for online and arcade gaming. I squealed when I saw Galaga and wasn’t a bit embarrassed about it.

You can play the new D&D online game Never Winter to win prizes, or check out the amazing technology of the Virtuix Omni interactive virtual reality system. Whether you game or not this is cool technology you really don’t want to miss so check out the demo on their fully funded Kickstarter.

The cast and writers of USA’s Psych love their fans and don’t take themselves too seriously. Their show is edgy family fun that winks at the conventions of crime procedurals and you can see they’re all grateful for how good they have it.

No surprise reveals from this panel from stars Dulé Hill and James Roday, writer Steve Franks and producers Chris Henze and Kelly Kulchak, but keep an eye out for their upcoming musical episode in December and a remake of an episode from a previous season. That’s unprecedented in television and I’m really curious what it will look like. If anyone can pull off something like that it’s this Psych team,

Fans were also relieved to hear Maggie Lawson’s character Jules will be back this season despite her new lead role in ABC’s family comedy Back in the Game.

Zachary Levi could be Ryan Seacrest in another life. He spent all day hosting panels, taking photos with fans, then wrapped the day by doing his own Q&A panel.The big question was what’s up next for Zac, who’s currently starting on Broadway in First Date.

He spoke pretty extensively about his entrepreneurial ideas and desire to help create content that gives more control to the fans. Less about studios and money, more about content and fan support. It’s a bold statement from a fairly young actor, and one which could get him in trouble with future jobs. But he believes in his vision and as a fan of many good canceled shows -*cough* Arrested Development *cough*- I hope he succeeds.

Talking about why he supports Operation Smile through Nerd HQ Zac encouraged fans to think bigger. “Go find something, be bigger than yourself.” Which kind of perfectly sums up what the guy is all about.

I’m going to try and contain myself here because the NASA JPL team rocks.

I went to this year’s Con with one big goal, to see the Thursday afternoon panel for the upcoming Ender’s Game movie (Nov 2013 from Summit Entertainment.) I even planned to camp out overnight if necessary. But when I heard Nerd HQ added a panel with the NASA JPL team at the same time as Ender’s Game it was no contest. These guys are the real deal. In fact Curiosity Flight Director Bobak Ferdowsi introduced his co worker by saying “Raise your hand if you sent commands to a real spaceship yesterday.”

Ferdowsi, Fred Serricchio, and Rob Zimmerman showed the video of the landing and talked about their own experiences working on the Mars rover project. It’s fascinating science. Did you know that spacecraft are built using “old” technology, since the tech approved for the space program is usually several years old by the time the build starts, and older yet by the launch date? Me either! By the way it’s not bad tech, I was just surprised anything going into space isn’t blinged out with the newest shiniest gadgets we could slap on that thing.

One comment on the video about the landing summed up how great science is in real life – to paraphrase: Things are tough in our country right now, but that’s a ton of American ingenuity that just touched down on Mars.

We are still doing great things. And this team of funny, unassuming, relatable guys who happen to fly spaceships came to share their part in that with us nerds.

The panel was announced just a few hours before it went on sale so it didn’t sell out, but watch for it again the future. Zachary Levi recommended that if you enjoy things like this, or want to see a particular panelist, tweet them and let them know.

You can watch all the Conversations for a Cause videos here, and if you like them consider a donation to Operation Smile on behalf of Nerd HQ. 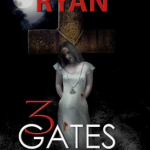