The Salvation of Jesse Pinkman: Is There Room for God in ‘Breaking Bad?’

If you’ve been watching the most recent Breaking Bad episodes (recaps here and beware spoilers!), you know that poor Jesse Pinkman is a mess.

He’s addicted to drugs, wracked with guilt over murders he’s witnessed, consumed with rage toward his evil mentor Walter White, and desperate to somehow make amends. He’s so desperate that he drives around town in the wee hours like a demented tooth fairy, tossing bundles of cash to sleeping neighborhoods.

He’s got what we would call demons. 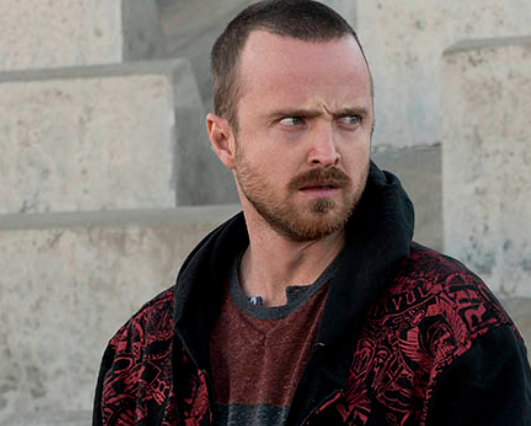 Any person of faith knows this moment, this recognition that things aren’t the way they should be, that I myself am not what I should be, that there is no way to fix the mess I’ve made and yet that it’s vitally important that it be fixed. In fact, fixing it is the only thing that matters.

We call it a “come to Jesus moment.”

And we see it, too, in real life: In the convicted murderer who dissolves in tears, in the addict who surrenders, in the white collar thief who gives up his wealth and heads for the mission field, and ordinary adulterer who hits bottom and calls out to a God, only faintly hoping there will be an answer.

Series creator and head writer Vince Gilligan has made a pair of profoundly human, neo-Shakespearean story arc contrasting Walt’s descent into depravity with Jesse’s desperate clinging to something – anything – good. I am in awe of Gilligan’s storytelling prowess, and that of his team. I am in awe of the acting: Aaron Paul as Jesse and Bryan Cranston as Walt.

And yet – so far – they’re missing something so primally human, so common that it hides in plain sight: The desperate man’s desperate plea to his Creator.

As writer Anne Lamott has said, there are only three prayers: “Help me, thank you, and wow.”

Jesse is certainly at the “Help me” stage.

The final episodes are written and filmed, so Jesse’s future is set in stone, a future I doubt will include God, but I can see it so clearly in my mind’s eye: Jesse wandering into a seedy, beaten-down Catholic innercity mission, talking to a priest who’s seen it all but still doesn’t know how to handle Jesse’s confession. Or, maybe, Jesse falling in with a Pentecostal black church whose members have seen the insides of prisons and love Jesus – and aren’t afraid to show it by rolling in the aisles. Or maybe Jesse slipping into the back pew of the church of a televangelist, a showman who doesn’t even believe his own show, but whose disingenuous words still strike Jesse with truth.

Someone who tells him God loves him, even him.

Man, it could be good, so….interesting.

The conventional wisdom is that Hollywood avoids faith in general because they don’t want to rule out any part of their audience. But I think it’s really because there’s a lack of imagination and experience in the people writing these stories. Evil they know well. But redemption tends to be boring. It’s terminally nice. It’s yawn-inducing in its vanilla blandness.

But Jesse is way beyond a boring future, isn’t he? He’s ruled out the picket fence and the Lutheran church on Sundays and two towheaded kids.

If I were writing the end of Breaking Bad, I’d follow the old mantra:

Jesse is a desperate man in need of redemption. So I’d give it to him, blown up large, exploding off the screen.

As a Franciscan monk, sweating in the war-torn wastes of Sudan, digging wells and risking his life to bring former enemies to peace.

Or as a soft-spoken man slaving away in a innercity mission, tenderly wiping the blood and spittle off raving addicts, like a modern day John Newton (a slaver trader who wrote the famous hymn “Amazing Grace”).

Or as the founder of an Indonesian orphanage, cleaning and feeding and loving children left parentless by the ravishes of drug use like a modern day Mother Teresa.

No revenge on Walt or tragic denouement would be as satisfying as if Jesse found real salvation and real atonement.

Vote on how the series should end here. 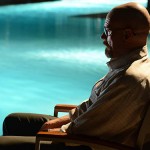 September 4, 2013 Bryan Cranston Talked About the End of Breaking Bad: What is Justice for Walt?
Recent Comments
10 Comments | Leave a Comment
Browse Our Archives
Related posts from Tinsel

10 responses to “The Salvation of Jesse Pinkman: Is There Room for God in ‘Breaking Bad?’”