Review: Tom Hardy Sets His Own Standards in Riveting ‘Locke’

Review: Tom Hardy Sets His Own Standards in Riveting ‘Locke’ May 2, 2014 Rebecca Cusey 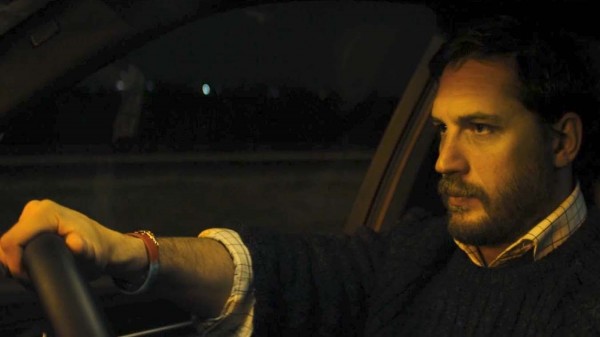 Some dramas need scores of extras and epic settings to keep the audience on its edge, but a rare gem of a movie can dial down the setting, the action, and the cast to a minimal few and still give you a pit in your stomach and tears in your eyes.

Locke, destined to be one of the best movies of 2014, brings the audience in so tightly to the personal drama of one man, one single man, that the rest of the world, entire, seems superfluous.

It is the story of Ivan Locke, played by Tom Hardy, as he makes a nighttime drive. Filmed in real time and only in the pod of his car, it is merely the repeated calls he makes and receives and the spaces in between them. Yet, without another character appearing onscreen, Locke’s entire future, indeed his very life, are turned upside down and we learn everything we need to know about this one man.

As the film opens, we learn Locke is in construction, the site manager for a huge sky-scraper project. Not only is he in construction, he is the rock-solid manager upon which the company depends. He checks. He double-checks. If he says concrete is ready to pour, it’s ready.

In short, his word is his bond.

His sons and wife wait for him at home eager for the evenings soccer match. They never even consider whether or not he will be there. He is like the tide, utterly dependable.

His crew rests secure knowing he has prepared for the important cement pour in the morning. They can be irresponsible because he never would be.

But Locke will not be there. He is driving away.

As the story unfolds we learn the reason he’s driving away and the crisis that it creates, not only in his life but in the lives of all those who depend upon him the way they depend on the sun rising in the morning: Unquestioning, unconsciously, without fear or shadow.

A lesser film would leave it there, the lesson being the consequences we bring on those around us, those we love.

But in the hands of Steven Knight, who wrote the script and directs, this is not a lesser film.

The story is one of doing the right thing, damn the consequences, and living up to a self-set standard.

Locke will make sure the cement pour is solid: not for money, not for loyalty to a company, not for his co-workers on the crew, not for the riches the project will bring to his city. He will do it for a more primal reason. For, as he says, the cement itself.

It’s an ambitious project, a drama set in one car. Tom Hardy is up to the job. As an actor, almost all is taken away: He has no other actors on camera to share the screen. He has no scenery to chew. He cannot even use his full body. He is driving, continually driving, throughout the movie and must act out his part strapped in, restricted.

And yet, his calm voice  fills the theater. His tension ebbs into the audience. His few moments of restrained emotion have more impact, like a whisper in an empty room versus a shout on the street.

The six voice actors are equally fantastic. Throughout their repeated conversations, we come to know each one, not only as a part of the plot, but as a full person in their own right: Co-worker Donal (Andrew Scott), fearful of taking the load of responsibility for the pour; Boss Gareth (Ben Daniels), horrified and astounded at his subordinate’s out of character desertion; children Eddie (Tom Holland) and Sean (Bill Milner). Ruth Wilson and Olivia Colman are fully talented as well.

None of this would work, however, without the brilliant script by Steven Knight. The entire film is dialog and the dialog rings true. People repeat themselves. They fail to listen when they are upset. They get stuck on a point and will not, cannot, hear the answer to it. It’s like listening to real people, a feat that is very, very hard to write.

Knight directs as well, conveying through traffic and shifting lights the weariness, the tedium, and the tension of the drive. He never relaxes the tension, just below the surface, that Locke one one of his calls may slip just a bit and veer into a sinister semi or an immobile wall.

For all its banality, there is danger on this drive, within and without.

This film explores manhood in a way few do: The jaw-clenched man determined to do the right thing, the man set in his course who will not be swayed, the man who has taken his own measure and who cares only for that measure.

I found myself wishing for mercy, for Locke and for those around him. I love that this film makes me think of mercy and its absence, of forgiveness and its lack. Few films do, almost none with this degree of excellence.

It doesn’t have explosions or men in tights. It doesn’t have onscreen women or grand quests or brutal battles. But if you can stand a quiet, minimalist drama, you won’t find better. 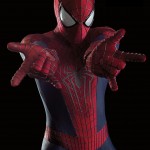 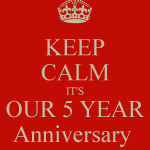 May 5, 2014 Happy Anniversary Patheos!
Browse Our Archives
get the latest from
Family
Sign up for our newsletter
POPULAR AT PATHEOS Family
1

How Do I Get My Husband to Stop...
Dear Terry, My husband Kyle and I are drifting apart. We’ve been...
view all Family blogs
Copyright 2008-2020, Patheos. All rights reserved.