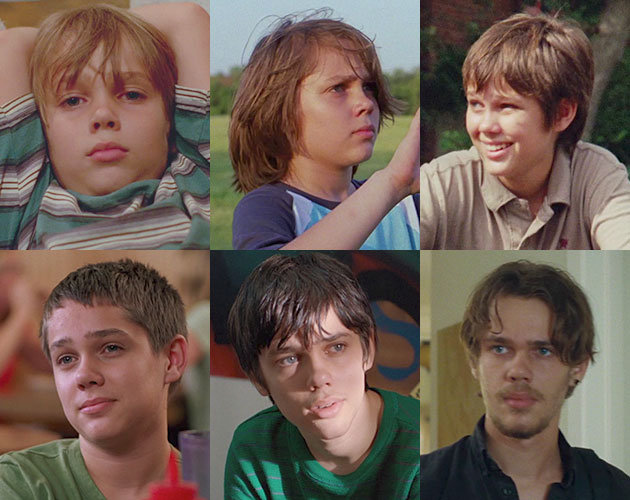 If you’ve heard anything about Boyhood, it’s probably the hype surrounding its groundbreaking 12-year production phase. This is a movie that started filming in 2002, and follows a boy named Mason (played by Ellar Coltrane) as he quite literally grows up before our eyes, with all the change and experiences that growing up entails.

The film, which introduces Mason at age 6, chronicles his life all the way until he graduates from high school at 18, focusing on his relationship with his divorced parents and various others who come in and out of his life.

Viewing a film that spans the length of 12 real years is a strange experience. In one sense, it’s like viewing a biopic documentary, which shows a person’s lifespan using real clips. But those clips are aged, and those stories are real. This is a fictional story with a consistent camera showing these characters change right along with the actors. No heavy makeup, no lookalikes–just pure, unadulterated growth.

Being only two years older than lead star Ellar Coltrane, watching Mason grow up on screen was like watching a tribute to my own past. Much of Mason’s childhood activities were my own. While Mason sat watching Dragonball Z in his living room, or playing the video game Halo on Xbox with friends, or eagerly waiting in line for the release of the sixth Harry Potter book at midnight, my childhood experiences were right there with him because I did those things too. Even his uncertainty on college and relationships eerily mirrored much of my own.

In those ways, viewing this film was somewhat of a bittersweet and transcendental movie experience, and for that alone it’s hard for me to say this film’s experiment didn’t succeed.

That being said, I couldn’t help feeling frustratingly underwhelmed by Boyhood’s story, and for a movie (no matter how original or groundbreaking its production is) that’s still key. While the dialogue was largely well-written and served to effectively paint a picture of these characters and their familial issues to an intimate degree, I felt many of the moments (especially regarding the cliched abusive step-dads) were pulled straight from any melodramatic coming-of-age story, and had me wishing that Boyhood took a less familiar road through Mason’s childhood. Furthermore, I felt that Mason and his sister Samantha (played by Lorelai Linklater) gave shaky performances throughout, which were only accentuated by the superb acting jobs from the mom (Patricia Arquette), and biological father (Ethan Hawke).

More than any plot detail or acting performance, the larger picture left me wanting something more meditative. As Mason, Samanatha, and his mother (played by Patricia Arquette) move from place to place–leaving behind old friends, old jobs, and old husbands–the film seems intent on keeping the past in the past, and for much of Mason’s experiences, that’s probably a good thing.

However, there’s something to be said about the phrase, “you can’t know where you’re going until you know where you’ve been.” For change to occur there needs to be reflection, and for a film spanning the length of 12 years, Boyhood seems to devote very little time to it.

Perhaps that was a side effect of the unorthodox filming process, which wouldn’t allow for as holistic a perspective as other film’s can receive, or perhaps it was the intention of the filmmaker to keep the plot moving rigidly forward, either way, I felt myself wishing that with the film’s spectacular breadth of time, the characters, who had changed so much over the course of the film, could have payed homage to who they were–that their journey would have been more cyclical. For me, that is what separates Boyhood from being an epic.

Yet, for my disappointment that the end result wasn’t more for me than it was, I still enjoyed the film and it’s left me excited for the future. While Boyhood will surely be remembered as a landmark film for its experimental production process, I think it will pave the way for films to adopt its design with a more impactful story in the way that all breakthroughs make room for improvements. 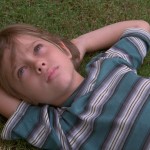 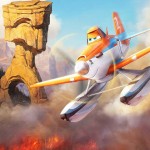