Review: Funky Soul Gets On Down in James Brown Biopic ‘Get On Up’

Review: Funky Soul Gets On Down in James Brown Biopic ‘Get On Up’ August 1, 2014 Rebecca Cusey 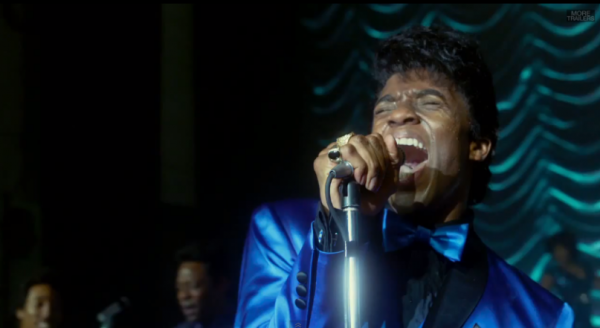 Music was central to the life of the legendary James Brown and the new film about him keeps the funk front and center. From Tate Taylor, director of The Help, Get On Up focuses more on the groove that ran through Brown’s life than the events of that life. With  kaleidoscope direction, it makes you feel every beat as the bass rhythm of a life.

In his early life, Brown is a skinny little boy (Jameron and Jordan Scott) tooling around the dirt and mud of a remote cabin, alternately adoring and avoiding an abusive father, and adoring and resenting his mother. His ultimate abandonment by both parents, exploitation by both black and white, and stint in jail cumulate in one thing: Music. Music draws him, music feeds him, music keeps him sane, or what passes for sane.

More than most musician biopics, this film focuses on the funk, the groove, the beat. The bizarre, emotional, and over-the-top events of life are only backdrops to and fodder for the music. Taylor treats this with an impressionistic style. Brown fades in and out of memory as he sings. Visually, eras overlap. He loses himself in the funk. The narrative doesn’t always make sense, but the groove feels right.

When we see a skinny little James fighting other little black boys for the amusement of the white country club, the scene culminates in the jazzy beats of the African-American country club band. James isn’t fighting the man or overcoming. He’s weaving it all into the groove.

Which, of course, is his form of fighting the man and overcoming.

The Godfather of Soul was a self-promoter, jive-talker and funky son of a gun whose own story reads like the collective history of black America. Taylor treats his early story with the soft lens of legend. From his early days with a beloved mother (Viola Davis), living in the dirt in a backwoods cabin to his adolescence as a hustler for a whorehouse, the movie neither questions nor challenges the James Brown lore. James Brown, the actual man, may or may not have stolen the wingtip shoes off the body of a lynched man. But James Brown, the legend, absolutely did.

Tate Taylor plays with this aura of myth by occasionally allowing Brown to break the fourth wall and talk directly to the camera. Against a backdrop of a non-linear montage, Brown will explain his intentions. The device works well, the best when Brown has no words to explain his behavior and looks at the camera with an expression of regret and self-justification.

Two men get closest to the shadow of the real man and their story is really the heart of the movie. His Jewish agent and promoter Ben Bart (Dan Aykroyd) is the only white man who can get even a bit inside the shell. Brown’s longtime friend and second fiddle Bobby Byrd (Nelsan Ellis) knows the man better than anyone else. Their friendship, and Brown’s continual betrayal of it, is the one relationship that ultimately matters to the man behind the legend. 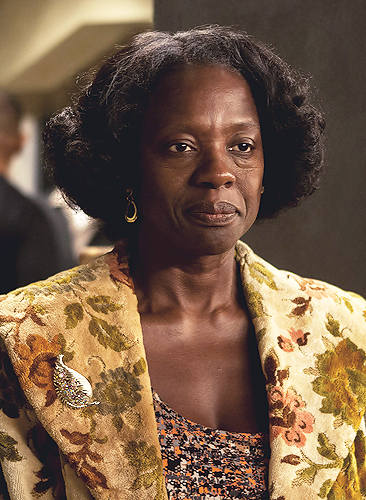 All the acting is good. Viola Davis proves her chops again as Brown’s mother, both loving and despicable, wise and self-deluded. Nelsan Ellas, as well, gives a nuanced turn as a man who loves Brown for his genius, even at cost to himself. At times Chadwick Boseman seems a little stilted in the lead role, but that may be because the man he is portraying was a hammy actor himself, continually playing a role that only existed inside his head. As numerous comedians and skit-show actors have proven, it’s not hard to imitate James Brown. He was almost a parody himself.

A long list of African-American faces take their turn in this film, as the movie creates black life in the 40’s, 50’s, 70’s, and beyond. It’s one of the best films I’ve seen portraying black life. It’s unapologetically black with almost no white characters, but it’s approachable for everyone, hardly a black subculture film. It certainly addresses the racism of each era, but it is never a movie simply about racism. Unlike Tate Taylors loved and hated The Help which aimed at The Black Female Experience, this is not a movie about The Black Man, it is a movie about a black man. There’s a world of difference between the two. Certainly African-Americans, especially of that era, would say racism was a big part of their lives, but doubtless few would say it was the defining characteristic of their life. 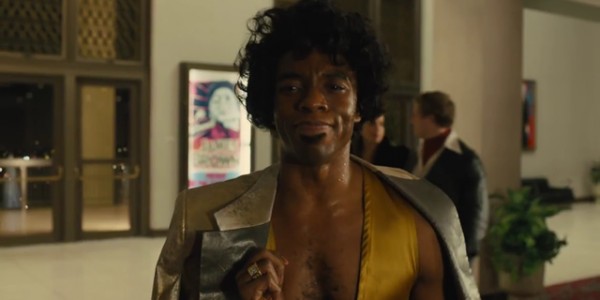 The defining characteristic of James Brown’s life is music: funky soul. The movie keeps coming back to the music. At times the music sends a chill down the spine, occasionally it’s confusing, but mostly it energizes.

If you want to understand a great artist, you don’t look primarily at his life. You look at his art. Tate Taylor understands this and puts the music at the core.

It’s all about the soul.

One of the shocks of this movie is that, for all its 70s funk subject matter, it’s a PG-13 rating. Obscenities are almost nonexistent. It’s clear Brown is a womanizer, but there’s no graphic sexual content and a noticeable lack of highly-sexualized girls in skimpy costumes. The sexuality theme is there, the visual images are not as much. Briefly implied, briefly shown. Occasional violence and some slight drug use. I would allow older teens to watch. 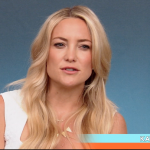 July 31, 2014
Exclusive New Featurette: 'Wish I Was Here's' Zach Braff and Kate Hudson on Faith and Family
Next Post

August 2, 2014 The Collapse of the Comic Book Movie
Browse Our Archives
get the latest from
Family
Sign up for our newsletter
POPULAR AT PATHEOS Family
1