Considering that this year’s Oscar winner for Best Foreign Language Film centers upon a despondent older man confronting the void of his empty life, The Great Beauty is a surprisingly giddy ride.  After a brief prologue, we are introduced to the lead character Jep Gambardella at his over-the-top, cacophonous 65th birthday party.  One attendee informs her neighbor that the middle-aged woman emerging from Jep’s huge birthday cake is an actress “now in full physical and mental decline.”  We soon learn that this former star is a fitting stand-in for Jep and his circle of acquaintances.

Through a first-person voiceover, Jep explains that as a child, he was highly sensitive and thus destined to become a writer.  At the age of 18, he met his one true love who later left him.  At 25, he penned an esteemed novella.  A year later, he moved to Rome, where his downfall began.

Once there, Jep became so distracted by Rome’s endless revelries that he never again wrote a work of significance, nor formed another lasting attachment with a woman despite sleeping around copiously.  In the ensuing 39 years, he has become a jaded journalist who knows all of the important people in Rome:  we watch him mingle with a major newspaper editor, Italy’s greatest poet, a famous pop singer, and the leading Catholic cardinal.  He hosts soirees at his apartment overlooking the Coliseum for kindred spirits such as Stefa, an ex-communist who now produces trashy reality television and lives in a luxurious home tended by seven servants. Jep tells his friends in one memorable scene that they are all petty, self-deluded, and on the brink of despair, and no one disagrees.

Actor Toni Servillo adeptly plays the part of Jep, almost never deviating from a stylish, blasé comportment.  Only rarely does real emotion break through:  sadness at the passage of time as he contemplates a modern art installation, desolation after the death of a woman for whom he’d begun to feel genuine affection, and wonder at chance encounters with wildlife.

In the hands of director Paolo Sorrentino, who also co-authored the screenplay, Rome itself has the lead supporting role.  Courtesy of Sorrentino’s frequent narrative ellipses and wildly varying camera angles, Rome overwhelms, seduces, and disorients (we can see how a younger Jep was so easily led astray).  We are served a jumbled smorgasbord of visual art, ranging from ancient sculpture and architecture to bizarre contemporary performance art.  Similarly, the musical soundtrack floods the brain with its mix of sacred classical music, pulsing dance pop, and folk music, along with the alternately ethereal and sentimental film score by composer Lele Marchitelli.

A lesser director would’ve made an unpleasant, vertiginous mess out of these elements.  But Sorrentino’s efforts instead exhilarate, in part because the story, sound, and visuals are so surprising and unpredictable.  One night Jep greets a group of old ladies playing cards in an ancient darkened palace, then another evening he happens upon a magician friend who makes a giraffe disappear. (“It’s just a trick,” Jep is thrice reassured.)

The screenplay is also a web of parallels and contrasts that I’m just beginning to unweave after three viewings.  Most notably, Jep is compared with two other older gents.  The first, a fellow writer ironically named Romano (or Roma for short), has spent the same amount of time in Rome as Jep, yet has managed to cling to a heartfelt sincerity in his creativity and some degree of austerity in his lifestyle.  Romano manages to find salvation when he chooses to return to his hometown, telling Jep, “Rome has been a real disappointment.”

Second, Jep is curiously on a parallel track with Cardinal Bellucci, next in line to be the Pope.  Like Jep, the cardinal was once an idealist, even serving as the church’s leading exorcist.  But as he’s aged, he has become befuddled and avoidant when queried about spiritual matters, preferring to steer the conversation towards mind-numbing monologues about his favorite recipes.

Jep’s worldly cynicism and detachment are also held up against recurring images of youth and innocence:  frolicking children in a formal garden and young lovers in a college dorm heedless of the world around them.  We even meet a wizened yet childlike Mother Teresa figure.  And though her handler’s tales are too fantastic to be believed (surviving on a diet of 1 ½ ounces of roots while still working hectically for 22 hours daily), she stands out sharply against the background of Roman nuns and priests who flirt at fancy restaurants and visit a celebrity plastic surgeon.

So what does all of this mean?  To answer that question reductively feels akin to pinning a butterfly to a specimen board, but I’ll tentatively offer an answer.  One of the most helpful philosophical and psychological guides that I’ve found on facing the challenges of life is Irvin Yalom’s Existential Psychotherapy.  In this masterwork, Yalom posits that there are four “given’s” to life that we all must face in order to live fully:  death, isolation, freedom, and meaninglessness.

Jep (and the city of Rome by extension) fail all four of these tests.  Jep uses frantic busyness and detached cleverness to evade the reality of death.  Shallow acquaintances replace intimacy.  He squanders his freedom on empty frivolity, and his considerable artistic abilities have failed to produce a meaningful work of art since his 20’s.  The Great Beauty of existence eludes Jep, and even more tragically, he stopped trying to find it 40 years ago.

(Parents’ guide:  The Great Beauty is unrated in the U.S., but its graphic nudity and sexual situations would make me feel uneasy about showing this to any but the most mature and sophisticated of adolescents.  I suspect most teens would find its subject matter too adult-oriented for their interests anyway.) 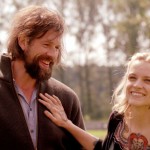 August 19, 2014
Beyond God's Not Dead: Three Better Films About Clashing Worldviews
Next Post 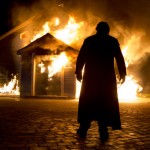 August 24, 2014 Calvary: An Alternate View
Browse Our Archives
get the latest from
Family
Sign up for our newsletter
POPULAR AT PATHEOS Family
1

A Health Update from Shaunti
Hi friends! When they say cancer is a “health journey”, they aren’t...
view all Family blogs
Copyright 2008-2021, Patheos. All rights reserved.