“1000 Times Good Night” Deserves Your Attention for an Evening

Erik Poppe’s movies exemplify two of the main reasons I love writing about films. First, for Americans anyway, the work by this Norwegian director is still a tad obscure, so it’s a pleasure to introduce his movies to a wider audience. More importantly, his three most recent films have shown consistent excellence, as affecting stories enveloped in a lush visual style.

With 1000 Times Good Night, Poppe manages to be both more personal and more global. His two preceding films – Hawaii, Oslo and Troubled Water – focused on small ensembles intersecting in a single city or neighborhood. With his latest, Poppe draws from his experiences as a war photographer around the world and the impact his dangerous vocation had upon his wife and children. (Indeed, some of the imagery in this film comes from a documentary made by Poppe in Africa for the Norwegian Refugee Council.)

In 1000 Times, however, the genders are reversed from the director’s true-life experiences. Rebecca (Juliette Binoche) travels to war zones, while her husband Marcus (Nikolaj Coster-Waldau) and their two daughters worry about her safety.

The film commences with a sound-and-vision tour-de-force. For fifteen tense, nearly wordless minutes, we observe Rebecca as she photographs a group of women ritually preparing a female suicide bomber in Kabul, Afghanistan. The hijab-covered females murmur their prayers; dust rises ghost-like from the aspiring martyr; and Rebecca notes in horror the children who will be caught in the blast. All of this culminates in an explosion that gravely injures Rebecca.

After a brief dreamlike interlude in a Dubai hospital, shell-shocked Rebecca returns with her husband to their home on the Irish coast, to reunite with their two daughters. It rapidly becomes apparent that all is not well in the family. Marcus has reached his breaking point, no longer willing to wait for the dreaded phone call informing him of Rebecca’s violent demise. In addition, though their younger daughter Lisa seems well-adjusted, teenage Steph has involuted into somber silence.

The remainder of 1000 Times revolves around both the internal and external tug of war between domestic placidity and a dangerous calling, as Rebecca wrestles with the pro’s and con’s of returning to work or salvaging her relationships with her husband and daughter. This struggle is communicated with near perfection, courtesy of dialogue that resonates with authenticity and convincing acting by all of the key personae.

In an interview, Poppe stated that some of 1000 Times’ dialogue was drawn from actual words uttered by his children. I can believe it: when Lisa in one breath exclaims to her returning mom that people thought she had died, and with the next asks if she brought any presents back with her, this feels like something a blunt, optimistic little girl would say.

The words spoken by Rebecca about her work in various settings also ring true. When Steph asks her mother about the anger driving her efforts, Rebecca responds forcefully, “I want people to choke on their coffee when they open the paper and see [my pictures].” At a dinner party with colleagues of Marcus, when someone innocently asks about her job, she replies that anytime she discusses her work, it ruins the meal.

(I can completely relate to this, by the way. During my five years as a counselor with combat veterans, I was entrusted with many grisly war narratives and felt that same sense of estrangement among “civilians.” I also have to say, that from a psychological standpoint, Binoche’s performance is perhaps the best, yet most unobtrusive, depiction of post-traumatic stress that I’ve ever seen at the movies.)

From an acting standpoint, Binoche and Coster-Waldau interact like a long-married couple, currently alienated yet still capable of much tenderness, as when Marcus applies eyeliner for Rebecca, because her still-shaking hands can’t manage the task. One senses the passion for justice that initially drew these two together. Each in their own way is striving to undo some of the awful damage that humans have inflicted upon the world: Marcus as a biologist documenting the effects of radiation upon marine wildlife, Rebecca by taking photographs that will shame powerful people into taking right action.

Carrying even more emotional weight are the scenes involving Rebecca and Steph (the latter wonderfully played by a newcomer to the screen, Lauryn Canny). Slowly and subtly we discover that behind Steph’s irritability and withdrawal is a young woman with her own impressive, flowering artistic talent who longs to emulate her mom. Rebecca first learns this in leafing through Steph’s scrapbook and sketchpad, gradually finding out more through travels and conversations together.

These elements combine to form a drama of substantial heft and momentum, but Poppe’s visuals take 1000 Times to a higher level of artistry. In a way that is unpretentious (with only one exception; more on that below), certain repeated motifs effectively stir the spirit and urge further contemplation. Water symbolizes both the placid shores of home and the peril of drowning in unfulfillment; the eye enables creativity, yet also forces us to bear witness and become responsible citizens; and the hand is the source of contact and intimacy, with the ring worn by Rebecca representing commitment to husband and children.

The on-location filming in Afghanistan and Kenya, plus the timely insertion of photographs taken by Rebecca (I suspect by Poppe in actuality), potently bring to life the ongoing tragedies in our world. Like Rebecca and her family, we the viewers are faced with images of child soldiers and sex slaves, as well as a Kenyan refugee camp that is scarcely safer than war-sundered Sudan. Rebecca and Poppe want us to be more concerned by these outrages than the latest misadventures of Paris Hilton.

Only in the closing moments does Poppe clumsily overstep. Clearly he wants to demonstrate that parents, whether a zealot in Afghanistan or a humanist in Ireland, too often are guilty of sacrificing their children on the altar of their calling.  Unfortunately, Poppe works too hard to press this message, resulting in a too-tidy conclusion.

Nonetheless, 1000 Times Good Night is still easily one of the best films I’ve seen this year. Poppe is to be commended for superb use of his storytelling skills and visual style. He hauntingly challenges our indifference to injustice and confronts his and our willingness to use children as a means to our own ostensibly virtuous ends.

(Parents’ guide: 1000 Times Good Night has not been rated by the MPAA. It contains scenes of violence, a discreetly handled sexual situation, and some rough language. I would consider this film appropriate and even beneficial for teens 14 and older to view and discuss with their parents.)

November 2, 2014
A Brief Digression: "God's Not Dead" and the Teflon Psyche of its Creators
Next Post 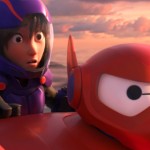 5 Keys to a Healthy Sex Life in...
There are five basic ingredients to a sexually healthy and fulfilled marriage....
view all Family blogs
Copyright 2008-2021, Patheos. All rights reserved.
Close Ad