Jesus is THE Way Because The Cross is THE Path: A Response to Mark Sandlin

Jesus is THE Way Because The Cross is THE Path: A Response to Mark Sandlin October 29, 2015 Brandon Mark Showalter

Meet me at the pub, Mark Sandlin! This next round is on me.

In response to your article on responding to Christians who quote ‘I am THE Way’, perhaps I can offer an explanation as to why some might bristle at the idea of a believer in Jesus seeking to “legitimize” other religions and why a “One God, many rooms, many paths” approach to faith in Christ falls short. Although I am one who might cite John 14:6 when speaking of the lordship of Jesus, I will gladly spare you the smarmy ‘I-just-squashed-a-spider’ attitude you have encountered from other Christians.

While there are many things you wrote that I could address, I would instead prefer to zoom in on the important thing you either forgot to or decided not to say. 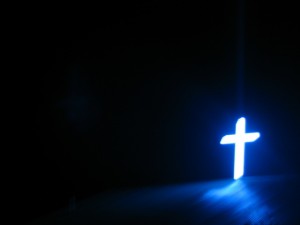 You left out something central to the historic Christian faith: the cross and resurrection of Christ.

Yes, of course, there is more to following Jesus than believing that he died and was raised from the dead, but that was one glaring omission, especially since the interpretation of the “I am the Way” phrase you are exploring here occurs in Scripture a few weeks before he was crucified. That the Lord said those words preceding his death was no coincidence. For we were about to get crucified with him. He was about to show Thomas and the whole world THE way.

Speaking of the apostle Thomas, the disciple to whom Jesus directed this particular quote, you also left out the rest of his story. Thomas would not believe Jesus rose from the dead unless he could physically see him and put his fingers in his scars (John 20:25). Yet when the risen Lord appeared to him eight days after he initially refused to believe the testimony of the disciples, he ceased doubting! Christian tradition holds that Thomas sailed to India, a land steeped in spiritual darkness, where he took the gospel, made disciples, and was ultimately martyred at Mylapore, near Chennai, in AD 72. Just like Jesus, he sacrificed his very life as countless other heroes of the faith have done. We do not know many of their names but they are surely famous in heaven. Such famous people include the ‘followers of the Way’ you referred to in your piece, the ones whom Saul (before he became Paul) fervently persecuted.

Jesus invites all those who follow him into his death that they might share in his resurrected life. There is no other way but the way of the cross.

I am curious. If one of your personal mantras is indeed “One God, many paths,” what do these other paths include? Do any of the other paths you affirm involve a god that became a man who voluntarily laid down his life so that men and women could be reconciled to him? As a professing Christian can you honestly survey the scene at Calvary and then say, “Yeah, that’s just one option.” You did not specify so I am left to assume that you would include the paths where other deities are worshiped and where rituals are performed that manifestly point people away from Christ. But if these other paths are legitimate, and all we must do is follow certain red-letter teachings of Jesus, why did he have to die in the fashion he did?

What his blood paid for cannot be a mere theological afterthought.

Also, have you ever had the chance to pray for anyone who is demonized? False religion and pagan practices are open doors for demonic spirits and it is only by the power of the Holy Spirit, the spirit of the resurrected Jesus, who can liberate people from that kind of bondage.  If we do not confess with our mouths and believe in our hearts that Jesus is Lord (Romans 10:9), we will have no authority in him to do this. In fact, the Seven sons of Sceva attempted that and failed miserably. The Enemy recognizes spiritual authority and when those who tried to use the name of Jesus outside of the relationship with God that Christ purchased with his blood, they left the house stripped of their clothes and their bodies dripping with their own blood. Such a demonstration of power demanded a verdict, and it precipitated this response among the people:

This became known to all, both Jews and Greeks, who lived in Ephesus; and fear fell upon them all and the name of the Lord Jesus was being magnified. Many also of those who had believed kept coming, confessing and disclosing their practices. And many of those who practiced magic brought their books together and began burning them in the sight of everyone; and they counted up the price of them and found it fifty thousand pieces of silver. So the word of the Lord was growing mightily and prevailing (Acts 19:17-20).

They recognized these other paths were false and made it a point to publicly renounce those beliefs and practices.

The Christian faith remains the only path in the universe where God seeks humanity.  Humanity does not seek Him. At the cross Jesus made a public spectacle of every false, demonic authority, disarming them of their power (Colossians 2:15). Then he commissioned his people to the battlefield to proclaim that victory. In fulfillment of the prophet’s words in Isaiah 61, Jesus set countless captives free and released multitudes of prisoners from darkness. By faith, in the power of the Spirit, we have the glorious opportunity to co-labor with God, bringing that same freedom to captives and release from darkness to prisoners who do not yet know Him. We do so with the humbling recognition that such were some of us.

The cross of Jesus was the most scandalous act of justice and mercy in human history. A Christianity without the way of the cross may be many things, but it is not Christianity. 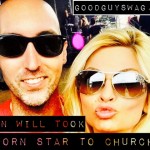 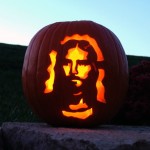 October 30, 2015 Lighthearted Oct. 31st fun? Sure! Halloween? Nah.
Recent Comments
12 Comments | Leave a Comment
Browse Our Archives
get the latest from
Evangelical
Sign up for our newsletter
POPULAR AT PATHEOS Evangelical
1