Our Hymnology Is Usually Better Than Our Theology

Our Hymnology Is Usually Better Than Our Theology January 15, 2016 Brandon Mark Showalter

While there are some wonderful anthems and songs of adoration being produced today, most (but not all) hymns of old are besotted with profound revelation about the character of God, saturated with beautiful phrases that usher the human soul into His presence. I am convinced that when the Spirit breathed “Holy, Holy, Holy” into John Bacchus Dykes that God was giving his people a song they will sing for eternity. 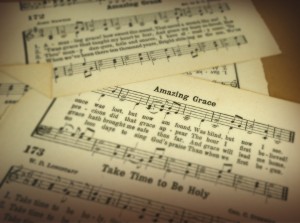 As a musician and songwriter I can attest that the right tune can make or break a hymn. Maybe it is the artist in me, and I am being a little subjective (and my charismatic self) here, but I can sometimes tell when composers have leaned into the heart of the Lord to access the melodies of heaven for the specific song they are writing. Over the years I have sung some hymns where the lyrics are theologically sound and worshipful but the way in which the music goes and the manner in which the phrases are strung together just do not sync.

Anyway, one of the main ways I connect with God is through music and and I usually hear his voice when I have my Bible open at the piano, belting out a hymn or worship song I love, and I will often sing through a Psalm or two to melodies that just come out of me spontaneously. It is a sure way to encounter his presence.

And yes, I did just say that I hear the voice of God while I’m at my keyboard.

That ought not be a controversial statement but I continue to be amazed at the number of Christians who do not believe that God speaks to them directly. His voice is constricted to their particular tradition and distinct interpretation of Scripture. I wholeheartedly believe in the authority of Scripture for all matters of faith and practice and I also value tradition, but I will also be the first to say that although the Bible is true it is not exhaustive. The Bible does not tell us, for example, the person whom we should marry or what we should specifically do about the complex financial challenges and structural imbalances we face in an interconnected global economy, a world for which the ancient Near Eastern biblical writers had no grid.

But God, who is not only omniscient but who also transcends time and space DOES have a grid for us and all of our experiences. And He’s full of solutions to the world’s problems if we’ll ask and seek him.

Having identified myself as a charismatic I can certainly understand the hesitancy among some who are afraid to admit that they do hear God’s voice because the first thing they associate with that are the obnoxious types in my camp who yap relentlessly about how “God told me” this  and “the Lord said” that, as though they are the final authority on a matter. That grates on my nerves something awful, especially when someone says that “God told me” something that contradicts Scripture. That’s definitely NOT what I’m talking about here.

But God does still speak and I do hear his voice. Sometimes what He tells me is not explicitly scriptural though he often will bring a verse or two to the front of my mind as I’m praying about something. When that happens, there is usually an answer present for the matter about which I’m praying. But other times he instructs me how to intercede, or he comforts me with a word of encouragement. Yet on other occasions he convicts me when I have erred and inclines my heart to repentance, and the words he uses are not always Bible excerpts.

Every Christian can hear his voice and I believe most do but they do not realize that it is indeed God trying to get his or her attention. Why is this? Perhaps we have built theological systems that, however faithful to the historic creeds and well-intentioned, leave very little room for Him to show up and say something in ways we are not used to hearing Him.

There is an oft-repeated (and very tired) phrase that is bandied about in evangelicalism about having “not a religion, but a relationship with Jesus Christ.” This line did recover a key truth that was once quite revelatory for many people: God desires to interact and converse with each of us personally. That He was not far off and distant, attached to a only a few rituals during a specific time in a specific place had huge practical implications for generations of believers. Jesus said that unless He went to the Father, the Counselor could not come. The Holy Spirit is one wonderful counselor who leads us into all truth. And it is more than acceptable to talk with your counselor! We call this prayer. We should not be surprised, then, when he does respond. It is one lousy relationship if the other Person never replies.

Such revelation about this aspect of God appears in a song written in 1912. Below is the 1st verse and chorus to C. Austin Mile’s beloved hymn “In the Garden:”

Verse 1
I come to the garden alone,
While the dew is still on the roses,
And the voice I hear falling on my ear
The Son of God discloses.

Chorus
And he walks with me and he talks with me,
and he tells be that I am his own,
and the joy we share as we tarry there
none other can ever know.

A rather intimate connection, wouldn’t you say?

I would have to research further to verify this but I somehow doubt that when C. Austin Mile penned this song the only thing God was saying to him at the time was straight from Scripture, though I certainly have no qualms with God if indeed that’s how it happened. Sounds to me like he wrote this during an encounter with Him. The hymn writer was probably walking about in his garden early in the morning taking in the wonder that is creation. As he poured out his heart to God, Jesus showed up, walked beside him and spoke words of life into his being. A song was thus born.  For the words of Jesus are spirit and life.  And the joy they shared as they tarried in the garden? The kind that none other could ever know? I’d be to willing to bet the Lord whispered some tender, precious things to him that, as John Wesley might say, strangely warmed his heart. Things that didn’t make it into the subsequent verses of the hymn. These are the things that just need to be treasured.

If someone had used these exact or similar lyrics in an actual conversation over coffee about relating to God, how might we react? I dare say that for some there might be an accusation or two of ‘experientializing’ God too much, that these interactions should not be interpreted as the voice of God because they are not explicitly in Scripture.  What I wonder is, have we realized what we have been singing?

It seems to me that maybe our hymnology is better than our theology. 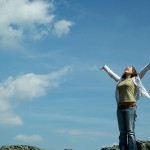 January 8, 2016
The Problem With Being "Just A Sinner Saved By Grace"
Next Post 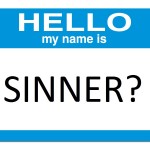 January 23, 2016 When God Renames Us
Recent Comments
0 | Leave a Comment
"Brandon, All of this paradox and "divine mystery" vanishes when a naturalistic view is taken ..."
Chuck Johnson Engaging the Tension of the Kingdom
"Very encouraging and worth printing out and looking at frequently!I remember asking the Lord how ..."
Alicia Bradford 5 Beliefs That Produce Hope
"This is phenomenally helpful information."
Beth Raps 5 Beliefs That Produce Hope
"Having and speaking about sexual desire is not sin. I am not going to live ..."
Brandon Showalter I Am Not Entitled to Marriage, ..."
Browse Our Archives
get the latest from
Evangelical
Sign up for our newsletter
POPULAR AT PATHEOS Evangelical
1