Editors’ Note: This article is part of the Patheos Public Square on Consumerism Gone Wild. Read other perspectives here.

These facts offer a glimpse into the different social realities of life in the global North and the global South.

Certainly there is nothing morally questionable about eating ice cream, wearing perfume, or having a pet. Yet these statistics do portray a troubling moral crisis in our world. How is it possible that so few have so much, when so many have so little? Obviously, the money currently being spent on personal consumption reflected in these figures cannot simply be shifted to cover expenditures like basic education or water and sanitation for the world’s population.

Our global economic system and its disparities are not that simple. There is something more deeply amiss in our world that we must try to comprehend.

The underlying moral problem that these statistics reveal is twofold.

First, these statistics demonstrate a behavioral problem on the part of people living in the first world that manifests itself as relative indulgence and overconsumption by the world’s elite in the face of human suffering around the world. [3]

Second, these massive inequalities between life in the first world and life in the two-thirds world reveal an underlying structural problem in our global society: that the contemporary structures of the global economy—including neoclassical economic theory, international financial institutions, global trade agreements, and the actions of transnational business corporations—are designed by people in the first world in ways that disproportionately benefit those of us living in the first world.

The wealthy elite, namely the people who live in the first world and their elite compatriots in developing countries (who are often educated in the first world), are the architects of the global economic and political structures that shape the face of globalization and global economic policy. While it is essential for individual first-world consumers to recognize our complicity in perpetuating this global system of increasing inequality, it is also vital that we recognize the systemic root of the problems that are reflected in these statistics.

These two factors—personal complicity and behavior alongside structural analysis and accountability—are the foundations for changing the direction of our global future.

Given the radical economic disparity in our world, discerning how to live with integrity in the midst of systems and structures seemingly outside of our control can generate genuine confusion—if not outright despair—for many first-world people. It is increasingly clear that first-world citizens must radically transform our individual lifestyles while simultaneously working together to change the structures of globalization in our world that privilege the haves at the expense of the have-nots.

Developing relationships of solidarity with people across lines of difference—be they differences of race, culture, geography, language, or class—offers a window into new ways of thinking that can help broaden our perspective as well as generate the empathy that is necessary for crafting new strategies to address the root causes of social problems that continue to plague the human family. The ethic of solidarity developed here is intended to offer first-world Christians a new strategy for navigating the morally precarious waters of neoliberal globalization.

An ethic of solidarity is both a model for first-world Christians for how to live faithfully in the midst of a globalizing world (personal complicity and behavior) as well as a framework for a new way of imagining our political economy and our social networks and interactions (structural analysis and accountability). [4] 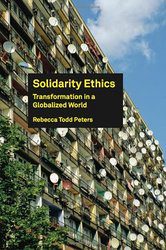 An ethic of solidarity is a transformative ethic, rooted in the principles of sustainability and social justice, that requires first-world citizens to work simultaneously on transforming personal habits and lifestyles as well as global economic and political structures that perpetuate inequality and injustice.

The starting point for this project is the problem of social injustice that is generated by the dominant form of globalization in our world and the economic ideology that undergirds it. [5]

In my book Solidarity Ethics, I explore the richness, depth, and challenge that a theology of solidarity offers as the foundation for economic and social relationships as opposed to the guiding principles of individualism, profit, and wealth accumulation that currently drive the economic structures of human society.

I invite you to read Solidarity Ethics with a group of committed and concerned Christians and think with me about new ways of living in and transforming the world in ways the promote justice, peace, and the integrity of creation.

This is an excerpt from my book, Solidarity Ethics: Transformation in a Globalized World.

[3] Thomas Princen, “Consumption and its Externalities: Where Economy Meets Ecology,” in Confronting Consumption, ed. Thomas Princen, Michael Maniates, and Ken Conca (Boston: MIT Press, 2002), 23–42. Princen defines overconsumption as the aggregate effect of consumptive behavior of individuals that actually functions to undermine a species’s life-support system. While Princen’s interest is primarily in the aggregate environmental effects of individual consumer behavior, his concept is instructive here as a way of understanding how individual consumer behavior that seems reasonable and appropriate has an aggregate negative effect on the well-being of the human species as a whole.

[4] Certainly, there are many people in the United States and other first-world countries who struggle against economic injustice and poverty on a daily basis. I do not intend to imply that all people living in the first world are wealthy. Nevertheless, many of the economic advantages of neoliberal economic globalization impact the relative quality of life of people living in or near poverty in the first world vis-à-vis their neighbors in the global south. While there are many fine works that address the important issues of poverty in the United States and the first world, this book is intended to ask particular questions about the ethical and moral status and responsibility of people with privilege who are complicit in or benefit from the current form of neoliberal globalization that dominates the global political economy. Furthermore, since the book is written from a US American perspective of privilege, it often uses examples from that context. Given the fact that some of the challenges of lifestyle, environmental impact, complicity of supporting dominant forms of globalization and struggles to work toward structural change are shared more widely by people who live in the first world, I often speak more broadly for what an ethic of solidarity might mean for “first-world Christians” or “first-world people.” Readers can decide for themselves whether they are implicated in the analysis presented. 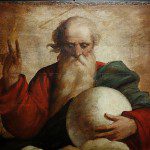 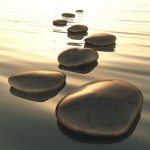 November 19, 2015 Violence and Ambiguity – What Can We Assert?
Recent Comments
0 | Leave a Comment
Browse Our Archives
Related posts from To Do Justice