Islam through the Middle Passage

As one reflects upon the numerous atrocities that have comprised human history, the transatlantic slave trade stands out unique in its cruelty and savagery.  Captured Africans were forcibly taken from their homelands and shackled in the decrepit holes of ships. During their shackled journey to the Americas, many slaves would be thrown overboard so that gluttonous slave traders could collect insurance money. So severe were the oppressive conditions on those slave ships that some captured Africans jumped overboard. They preferred death to continuing to live in an anti-black world. So saturated were the oceans with the blood of African bodies, that sharks routinely followed ships anxious for their food: African flesh. Those who were able to survive would be taken to Americas to be slaves where they and their descendants would be subjected to 400 years of oppression.

Despite the severe mental and psychological trauma of the Middle Passage, historical documents record a fascinating phenomenon. In a journal, a white plantation owner in Jamaica wrote that “I had a visit one Sunday Morning very lately, from three Mandingo negroes, natives of Africa. They could all read and write Arabic; and one of them showed me a Koran written from memory by himself–but written, he assured me, before he became a Christian.”  In 1768, a journal article records that, “a negro slave of Capt. David Anderson”, wrote several verses of the Qu’ran from memory. Sadly, the name of this enslaved African Muslim is unknown. He is only referred to as “Anderson’s Negro” consistent with the American status of black people as mere property.

Elsewhere in Georgia, Bilali Muhammad composed an Arabic document later found to contain verbatim quotes from Ibn Abu Zayd Al-Qairawani, a scholar of the Maliki school of Islamic Law in the 10th century.  Abu Bakr was reputed to have still have the Qu’ran memorized even after 30 years of slavery.  In another incident, Thomas Bluet reported that Ayuba Diallo, an enslaved African Muslim wrote three copies of the Qu’ran from memory:

His Memory was extraordinary: for when he was fifteen Years old he could say the whole Alcoran [Qu’ran] by heart, and while he was here in England he wrote three Copies of it without looking to one of those three when he wrote the others. He would often laugh at me when he heard me say I had forgot anything and told me he hardly ever forgot any Thing in his Life and wondered that any other body should.

The trauma of the middle passage inflicted numerous mental and psychological scars upon enslaved Africans. The question then becomes after that tumultuous journey, how did such slaves still have such extraordinary memory retention to reproduce the Qu’ran and other Islamic texts purely from memory?   In How the Qu’ran Shapes The Brain, neurologist Mohamed Ghilan notes that classical Islamic educational methods of studying the Qu’ran played a pivotal role in improving the memory capabilities of Islamic Civilizations.

The fact that enslaved Africans were able to write out copies of the Qu’ran from memory speaks to the strong Islamic educational system that historically existed throughout West Africa. It is a testimony of Islam’s rigorous role in stimulating the intellect. Yet, having undergoing centuries of slavery, Islam was wiped out among slave.   So much so that in the post-slavery era, any Islamic science via it tajweed, science of hadith, fiqh, for the descendants of enslaved Africans, would have to be learned by those outside the community despite the fact many were descendants of

So much so that in the post-slavery era, any Islamic science via it tajweed, science of hadith, fiqh, for the descendants of enslaved Africans, would have to be learned by those outside the community despite the fact many were descendants of hafis of the Qu’ran, scholars of hadith, scholars of the Maliki Fiqh, and the Asharite creed of Islamic theology. Though many West African Muslims had Ijaza’s which qualified them to transmit Islamic knowledge, under slavery they were not able to sustain such institutions.   Blacks under slavery were cut off from the entirety of the Sunni educational tradition.

Though many West African Muslims had Ijaza’s which qualified them to transmit Islamic knowledge, under slavery they were not able to create and sustain such institutions.   Blacks under slavery were cut off from the entirety of the Sunni educational tradition.

Contemporary political Islamist discourse prevalent in the Muslim associates the fall of the Muslim world with the dissolution of the Ottoman Caliphate. This discourse wholesale excludes the legacy of West African Islamic civilization and obscures the failure of the larger Muslim Ummah to prevent the eradication of Islam among African slaves.

The impact of this is perhaps best highlighted in Malcolm X’s autobiography where he states,”Ablutions had to precede praying. I knew that. … I didn’t get it right. There’s an exact way that an orthodox Muslim washes, and the exact way is very important.” Malcolm X not only reports his inability to perform Wudu and but later states, “we hadn’t prayed in Arabic.  …”_Bi-smi-llahi-r-Rahmain-r-Rahim-_” All Muslim prayers began that way. After that, I may not have been mumbling the right thing, but I was mumbling.”  Malcolm X records his inability to recite Al-Fatihah, the opening Surah of the Qu’ran that most Muslims learn as children.

Despite this reality, Iranian Muslim thinker Habashi Dabashi states,”In more than 200 years of encounter with colonial modernity, and literary hundreds of radical Muslim thinkers, no Muslim revolutionary comes even close to Malcolm X in the liberating, global, and visionary grasp of his faith.” What was it about Malcolm X, that despite his lack of knowledge of Arabic and basic rituals of the faith, he was able to bring more people to Islam than anyone from Saudi Arabia’s University of Medina’s College of Dawah? This should be reflected upon.  While the Muslim community has paid significant attention to Malcolm X’s letter from Hajj, a statement from the last interview of his life seems to have gone ignored:

As a result of the legacy of slavery, there continues to be racial disparities in America in terms of access to Islamic knowledge.   Access to Islamic knowledge is not as reachable for black communities in America as it is for many Immigrant Muslim communities. As Islamic educational instituions began to establish themselves in America, it is crucially important that they reflect the racial diversity of the Muslim community.  Islamic learning should be accesssible to Muslims of various racial and social-economic herachies. 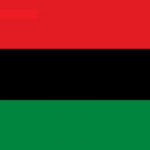 August 27, 2016
The Prophet Muhammad (PBUH) in the Poetry of the African Diaspora
Next Post 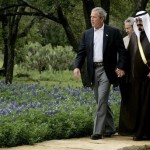 September 7, 2016 Narratives of Oppression!
Recent Comments
0 | Leave a Comment
Browse Our Archives
get the latest from
Muslim
Sign up for our newsletter
POPULAR AT PATHEOS Muslim
1