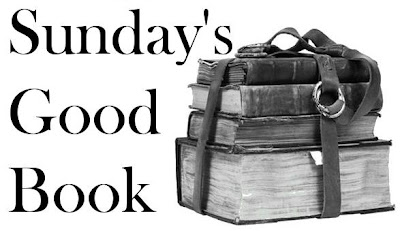 Most of the conversion stories I’ve read follow a general pattern: emptiness or unhappiness (even if it was only seen that way in retrospect), new exposure to a faith that not only fills the emptiness but speaks to you as though it was written just for you, a leap of faith, and a new pledged allegiance.  Mine was no different, even if it failed to take for fairly obvious reasons.

I was having my typical experience at summer camp (any summer camp but CTY, that is).  The girls on my dorm found me off-putting and I was frequently alone during group activities.  My RA, in an attempt to help me socialize had forbidden me to bring a book to the camp carnival that night, despite my pleas, and I was moping in the library, melodramatically enjoying my last few hours around books.

Browsing the shelf, I came across Diana Duane’s So You Want to Be a Wizard and couldn’t put it down.  It was well tailored to my tastes to begin with, being a YA fantasy series with smart, unpopular protagonists, but here’s what really hooked me

Wizards love words. Most of them read a good deal, and indeed one strong sign of a potential wizard is the inability to get to sleep without reading something first. But their love for and fluency with words is what makes wizards a force to be reckoned with. Their ability to convince a piece of the world – a tree, say, or a stone – that it’s not what it thinks it is, that it’s something else, is the very heart of wizardry.

…With the Speech, a wizard can freeze fire, burn rain, stop time – even (locally) slow down the death of the universe.

That last being why there are wizards…

I couldn’t have written a paragraph that more precisely described by love of books and language.  And this revelation couldn’t have come at a better time than middle school, when I was starting to accept my classmates characterization of me as intolerably alien.  My inability to make friends at this summer camp was simply underscoring my belief that I was painfully unique and would never find a place or people who could possibly like me.  Finding this book in the depths of my summer camp funk was a small miracle.

In the series, Nita and Kit are two book-loving teens who end up volunteering to serve the forces of good in a war that spans the whole of creation.  The theology of the books is never fully fleshed out, but Nita and Kit do serve The Powers that Be in their struggle against the Lone Power who once rebelled and fell.  There are references to a One in the background who guides the action, but it takes no direct part in the action.

Put like that, the worldbuilding sounds fairly generic, so you’ll have to take my word (or head to your library) to discover how gripping their adventures are.  The first book is closer to the standard-for-the-genre apocalyptic struggle against a mostly faceless enemy, but by the time you get to The Wizard’s Dilemma, the fifth book in the series, Nita is struggling to hold on to her wizardry when she desperately tries to cure her mother’s cancer.  Ultimately, wizardry proves to be a hard but exhilarating discipline.

Nita and Kit begin their service after finding books that introduce them to wizardry, and I loved the book too much to discount the possibility that I might have stumbled into a similar opportunity.  I was twelve, and though I knew it was unlikely, there was something profoundly true about Nita’s calling, and I wanted to sign up.

That night, lying in my bed, I waited until I was certain my roommate was asleep and then, as passionately as any of the unlikely converts featured in a Chick tract, I pulled out the book and read the Wizard’s Oath.

In Life’s name and for Life’s sake, I assert that I will employ the Art which is its gift in Life’s service alone, rejecting all other usages. I will guard growth and ease pain. I will fight to preserve what grows and lives well in its own way; and I will change no object or creature unless its growth and life, or that of the system of which it is part, are threatened. To these ends, in the practice of my Art, I will put aside fear for courage, and death for life, when it is right to do so — till Universe’s end.

I didn’t wake up as a wizard, but that didn’t stop me from trying again several times before the end of session, and continuing to try as I got older and progressed through the series.  This week, I’ll be discussing why I made a leap of faith and tried to convert to wizardry from the age of 12 til the age of [redacted to spare my dignity] and try to bring out the contrasts that have never caused me to feel a similar pull towards Christianity. 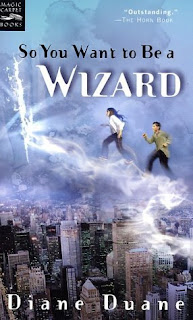 Check out all posts in this series here.

September 13, 2010 Is My Ignorance Invincible?
Recent Comments
89 Comments | Leave a Comment
"Oh! And you can get there via Naval Gazing.(probably not by Navel Gazing...)"
TheSparksFlyUpward Too Sucky To Be True
"Hello, Deiseach!1. This is not an ad. (It always reassures me when someone says that!! ..."
TheSparksFlyUpward Too Sucky To Be True
""Do you honestly think that a child raised by a woman has no exposure to ..."
Zorin 2012 Queer Blogathon [Index Post]
"I'd love to see a video of how it works. keranique shampoo reviews"
Marlene Garza Welcome Camels with Hammers to Patheos!
Browse Our Archives
get the latest from
Catholic
Sign up for our newsletter
POPULAR AT PATHEOS Catholic
1