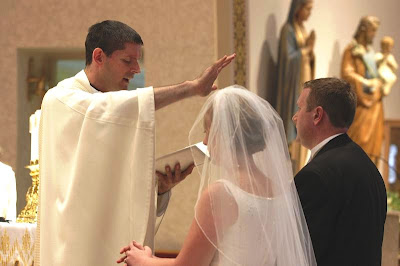 For Catholics and theologically conservative Christians, there is no difference between a covenant marriage and the standard form.  In either case, the marriage is sealed as a promise between both spouses but also as a promise between the couple and God. Although the couple could release each other from the commitment they have made to each other, the marriage cannot be dissolved unless God, through his human agents, releases them from their commitment to Him (presumably in the form of an annulment).

To embrace covenant marriage implies that Christians who have standard marriages are only held to the lesser standard of state law, rather than religious law.  From a Christian point of view, state law is entirely irrelevant to proper conduct.

It would be impossible for the Christian conception of marriage to be enshrined in federal law.  No atheists (or pretty much anyone but Christians and possibly Jews) could be free to marry, since a lack of belief in the Christian God could constitute an impediment to marriage, since an atheist could not knowingly and deliberately consent to a Christian marriage and remain an atheist in most cases.  Allowing only perfect Christian marriages to be recognized by law would diminish the positive effects of civil marriage.

If Christians can’t have control of civil marriage, they’re better off not yoking themselves to that institution to begin with.  As it stands, civil marriages will allow Catholic divorcées to remarry without annulments.  For Christians, civil marriages should be treated as an entirely bureaucratic matter like filling out a 1040 form or writing a will.  They are a way of interacting with the government, not a recognition of your commitment to your spouse.

Covenant marriage and modifications to the civil marriage code in general, should be intended for those who don’t have as strong a tradition or institution for marriage outside of civil marriage.  If covenant marriage is to be of use to anyone, it needs to be of use to atheists and secularists.  And this weekend, I’ll finally get around to explaining what purpose it serves for people like me.

December 13, 2010 Talking to a Mormon Missionary
Recent Comments
95 Comments | Leave a Comment
"On that note... I recommend every Catholic and Christian have that post a read. Click ..."
Oktavian Zamoyski Effective Altruism and Caritas [Radio Readings]
"I think too many people have grandiose and unnatural ideas about charity. It becomes a ..."
Oktavian Zamoyski Effective Altruism and Caritas [Radio Readings]
"Jesus wasn’t resurrected as a great miracle simply in order to convince people to believe ..."
John The Two-Lazarus Problem
"The cartoon is amusing, but flawed. One of the four virtues of Stoicism is Justice; ..."
Vulpes Inculta 7QT: Stoicism Man, Semi-Imaginary Money, and ..."
Browse Our Archives
Related posts from Unequally Yoked