Covenant Marriage: What about Women? 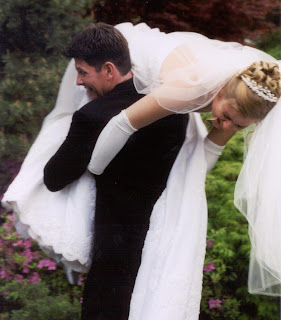 Mason was troubled by my last post on marriage and raised some objections that are definitely worth addressing. Mason wrote:

At that point, plenty of couples will become locked into problematic relationships (emotionally abusive, financially abusive, or even emotionally or intellectually shallow and unsatisfying – essentially, all the reasons we leftists like the availability of divorce normally)

Given the higher barriers to divorce, the strongest objection to covenant marriage is the possibility of abuse, particularly abuse against women.  I can rattle off some of the legal provisions of covenant marriage (it allows for divorce in the case of domestic violence, it does not prevent partners from living separately), but I agree that it’s easy to imagine how conservative communities could use this kind of marriage as a weapon against women.

In fact, the reason these consequences are so easy to imagine is because they already happen.  The groups that are most likely to abuse covenant marriage are already abusing modern marriage.  No-fault divorce doesn’t stop misogynistic men from coercing women to stay in abusive marriages.  Whether or not covenant marriage is popular, women (and some men!) in abusive marriages will still be in danger, and plenty of resources still need to directed to battered women’s hotlines and shelters.  Plenty of outreach still needs to be done to help educate people to signs of abuse, so they can intervene to help others.

But we do not need to use exceptional (and horrifying) cases as the grounding for our definition of marriage.    We want to lower the barriers to exit for people who are being abused, not for everyone.  The goal is to balance protective measures for one group against the effects of the legal system for everyone else.

December 10, 2010 7 Quick Takes (12/10/10) Special Marriage Edition
Recent Comments
91 Comments | Leave a Comment
"On that note... I recommend every Catholic and Christian have that post a read. Click ..."
Oktavian Zamoyski Effective Altruism and Caritas [Radio Readings]
"I think too many people have grandiose and unnatural ideas about charity. It becomes a ..."
Oktavian Zamoyski Effective Altruism and Caritas [Radio Readings]
"Jesus wasn’t resurrected as a great miracle simply in order to convince people to believe ..."
John The Two-Lazarus Problem
"The cartoon is amusing, but flawed. One of the four virtues of Stoicism is Justice; ..."
Vulpes Inculta 7QT: Stoicism Man, Semi-Imaginary Money, and ..."
Browse Our Archives
Related posts from Unequally Yoked