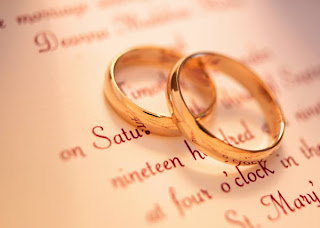 My support for covenant marriage led me to mix it up recently on facebook with several friends, including Stephen of The Last Delta-T.  He’s written a post laying out his opposition to covenant marriage and atheist or feminist-unfriendly aspects of marriage generally.  Stephen and I both want to redefine modern marriages, but we want to do it in very different directions, so I’m going to start by laying out some of our basic points of disagreement, and then I’ll explain the reasoning underlying my positions in later posts. Here’s the first and simplest difference between our positions: I would strongly consider/prefer seeking a covenant marriage if I get married, while Stephen disapproves of that institution.Stephen writes:

Marriage sans God, as far as I see it, does make marriage look a lot like a long-term co-habitation with a lot of pretty legal things (which are important, yes, but not in the roughly metaphysical sense we’re talking about). The way we conceptualize marriage is what’s different, and I think that conception is unhealthy — it posits that there’s a fundamental change in essence in a relationship when a wedding vow is made, a bright-line distinction. I’ve never been married (shocker!) but it doesn’t seem to me that, in the minds of the people going through the vows, that the love signified by the wedding ceremony and to a broader extent the marriage is different in kind after the “I do”s than it was before. Different in degree certainly, but it doesn’t seem like the love looks different.

As a fellow atheist, I also don’t see any transcendental, metaphysical phase shift that happens when a couple says ‘I do.’  If a meaningful change occurs, it comes earlier, around the point of engagement, when a couple decides they want something more than a long-term cohabitation.  This isn’t a shift in ‘love’ necessarily so much as a shift in the level of responsibility each partner wants to take on for the other.  We love many people, all in different ways.  Marriage isn’t a way of recognizing a love that has cleared some kind of benchmark for depth or profundity; it recognizes a commitment meant to be binding on both parties, and love may be one of the feelings driving couples to make that commitment. The centrality of love to the definition of marriage, along with the substantial legal benefits of marriage in America have helped blur the distinction between marriage and cohabitation.  Many of the legal benefits (allowing a partner to visit you in the hospital, being able to take leave during a partner’s illness, etc) are based in love and affection, not any institutional bond or affection.  A legal system that limits these benefits only to married couples creates pressure to marry and diminishes the cultural value placed non-marital relationships (especially friendship). I’d like to see more of these benefits available to unmarried couples.  I’d be happy if more people sought civil unions, if there were more legal respect for personal contracts, or, perhaps, even if there were ‘temporary unions’ that could award a couple these benefits for a certain period of time, with an expiry date.  But I only support these adaptations if they aren’t all lumped under the heading of marriage, diluting the definition. After all, that’s exactly what Stephen is up to:

To follow the reasoning, what we should be doing is playing with the word “marriage” and applying the term to a whole bunch of different things to make “marriage” the concept show itself for what it really is: not that much of a change at all (but still meaningful for the people involved!) This lets us change how the word works culturally, to strip away the problematic elements that come along with marriage as understood in a religious context and overthrow the religious framework that creates the way we conceptualize “atheist marriage” in the first place.

December 10, 2010 Covenant Marriage: What about Women?
Recent Comments
89 Comments | Leave a Comment
"On that note... I recommend every Catholic and Christian have that post a read. Click ..."
Oktavian Zamoyski Effective Altruism and Caritas [Radio Readings]
"I think too many people have grandiose and unnatural ideas about charity. It becomes a ..."
Oktavian Zamoyski Effective Altruism and Caritas [Radio Readings]
"Jesus wasn’t resurrected as a great miracle simply in order to convince people to believe ..."
John The Two-Lazarus Problem
"The cartoon is amusing, but flawed. One of the four virtues of Stoicism is Justice; ..."
Vulpes Inculta 7QT: Stoicism Man, Semi-Imaginary Money, and ..."
Browse Our Archives
Related posts from Unequally Yoked