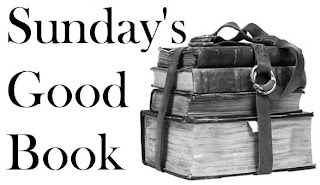 Christianity, so I was more inclined to respond favorably to Faith. The format left me frustrated by both.

Strobel frames his books as a journalistic investigation into the claims of Christianity, but they don’t match basic journalistic practices. Both books follow the same pattern: Strobel, in the role of skeptic (as he once was), interviews Christian apologists and asks them to respond to common critiques of Christianity. This format gives atheists short shrift. A real journalist would talk to sources on both sides of the issue, but, in Strobel’s books, atheists and skeptics are only present as channeled through Strobel. He cites quotations from or thesis of their books to the Christians he interviews, but he never gives the atheists a chance to rebut. Strobel casts himself in the role of an naif, and it’s ridiculous to think that atheists would like to be represented in a debate by any amateur, let alone an agnostic-turned-Christian.

As a result, each of the interviews tends to take the form of a blunt question from Strobel, several pages of response from the expert, and then an exclamation from Strobel that takes the form of “Yes, Socrates; you are quite right in saying so!” He doesn’t have the expertise to contest their claims. Some of the time (particularly when they discuss science or biology) I notice errors in the arguments of his interlocutors that Strobel lets pass unquestioned. I don’t have the expertise to notice any errors in the arguments from scripture, but I’m suspicious that Strobel skips over them there as well.

The discussion of the bear attack in Second Kings 2:23-24 Case for Faith illustrates pretty well my problems with the books. Here’s the excerpt:

And [the Prophet Elisha] went up from thence unto Bethel: and as he was going up by the way, there came forth little children out of the city, and mocked him, and said unto him, Go up, thou bald head; go up, thou bald head.
And he turned back, and looked on them, and cursed them in the name of the LORD. And there came forth two she bears out of the wood, and tare forty and two children of them.

Strobel asks Norman Geiser to defend the passage and Geisler advances a couple of arguments:

Strobel hears all these arguments, and his reaction is:

“Then it’s a misreading of the original text to see these as mere children,” I said.

Geisler’s answers had deflated much of the case against God’s character by bringing some balance and context to understanding his apparent intent in these controversial episodes.

At the very least, he might have asked Geisler or another biblical scholar why the KJV translated the phrase differently, rather than immediately accept Geisler’s assertion, which was not accompanied by an explanation. He might also have asked why Geisler believed that ‘bald head’ and the other slurs were necessarily attacks on God rather than casual taunts.

He really ought to have pushed Geisler on his final point, which implies that God could never take a life unjustly, since all lives belong to him by virtue of His creating them.  By that logic, any creator god would never be guilty of an unjust smiting, since life was theirs to remove as they wished.

Strobel’s approach could be interesting if his books were written by an atheist or a journalist of any faith who was willing to ask tough questions and give both sides a fair hearing.  As is, the books are considerably less interesting and challenging than the works of the apologists he interviews.

January 24, 2011 Reading about the Resurrection
Recent Comments
95 Comments | Leave a Comment
""Do you honestly think that a child raised by a woman has no exposure to ..."
Zorin 2012 Queer Blogathon [Index Post]
"I'd love to see a video of how it works. keranique shampoo reviews"
Marlene Garza Welcome Camels with Hammers to Patheos!
"Logismoi (the plural of logismos) are a fairly simple concept; they are whispers from either ..."
Rob, Portland Logismoi, Vampires, and Other Intrusive Thoughts
"I imagine I’ll do a lot more reading and pick a lot more fights over ..."
Donalbain A little about the queer stuff
Browse Our Archives
Follow Us!