Evolution is Not Destiny 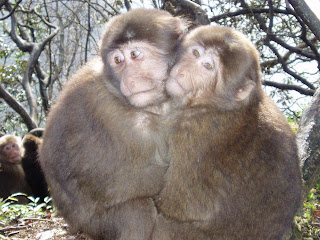 This post is part of a series about covenant marriage. After reading yesterday’s post about two married people who left their spouses, Hendy of technologeekeryhad a question:

Why are humans inclined toward romantic monogamy? Heck, there might even be genes for monogamy and an inclination toward cheating! Interesting findings. I by no means think genes = predetermination. My genes would have me hoard fat (especially) and sugar because historically they were more likely to benefit survival… with gas stations and supermarkets on every block, to “obey” those genes (if you call it that) will actually Darwin-award me out of the population. So… genes aren’t everything, but it’s still interesting to contemplate. I at least think we shouldn’t read stories like this and be immediately repulsed — changing it up may be more “human” than we think. Does any of this sound coherent? I realize it might seem like I’m shifting back and forth a lot and making my stance unclear — I both am a fan/liver of monogamy but suppose my point is that we may be more predisposed against it historically/biologically than we admit.

Thinking back to my courses on evolutionary psychology and my recollection of the write-ups of Sex at Dawn, I agree with Hendy’s basic premise: humans don’t appear to be finely tuned for monogamy.  The jury’s probably out on whether we are naturally resistant to monogamy, but that hypothesis definitely has adherents in mainstream research.  Either way, my views on marriage aren’t likely to be swayed by evolutionary evidence. I’ve written before about some of the problems of viewing evolutionarily advantageous behaviors as appropriate or insurmountable, and I think the critique applies here as well.  Behaviors may be tailored for pressures that no longer apply or we may have rejected the ends they developed to satisfy.  Evolutionary psychology (and, to a certain extent, evolutionary biology) are primarily useful as a way of revealing our weaknesses and blind spots as a species.  But identifying our habits is a long way from telling us if they ought to be indulged. Consideration of other apes makes it clear that monogamy is not mandated for the survival (and, thus, evolutionary success) of a species.  If life-long relationships is desirable and worth promoting, it has to satisfy other, higher needs than mere survival/genetic propagation.  I’ll start laying out my case on Monday (tomorrow is the Strobel review). Also, to be clear, I’m defending the idea of marriage as life-long, difficult to cancel commitment to a spouse.  Although I practice monogamy, I don’t have any strong, philosophical opposition to similarly committed polyamory.

January 23, 2011 Strobel's One-Sided Cases
Recent Comments
101 Comments | Leave a Comment
"On that note... I recommend every Catholic and Christian have that post a read. Click ..."
Oktavian Zamoyski Effective Altruism and Caritas [Radio Readings]
"I think too many people have grandiose and unnatural ideas about charity. It becomes a ..."
Oktavian Zamoyski Effective Altruism and Caritas [Radio Readings]
"Jesus wasn’t resurrected as a great miracle simply in order to convince people to believe ..."
John The Two-Lazarus Problem
"The cartoon is amusing, but flawed. One of the four virtues of Stoicism is Justice; ..."
Vulpes Inculta 7QT: Stoicism Man, Semi-Imaginary Money, and ..."
Browse Our Archives
Related posts from Unequally Yoked