Made for Another World?

Made for Another World? November 6, 2011 Leah Libresco 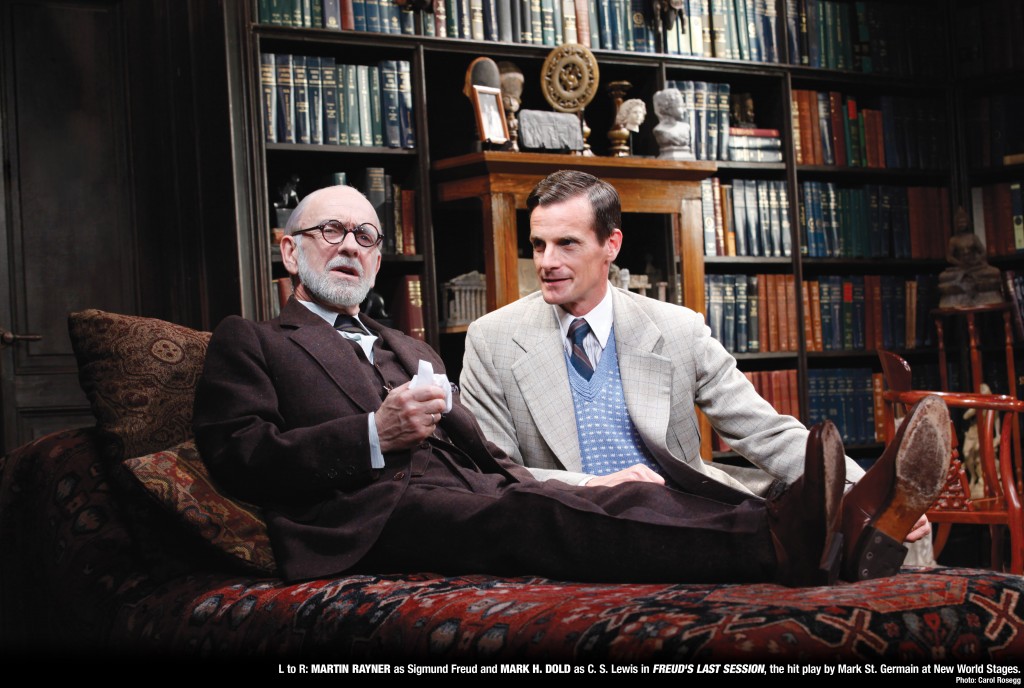 While travelling this weekend, I finally got around to reading Freud’s Last Session – a play that imagines a dialogue between Sigmund Freud (shortly before his death) and C.S. Lewis (not long after his conversion).  The show played recently off-Broadway, but I still haven’t seen it.

I have to say, I wasn’t that impressed by the script.  The arguments Lewis presents are a lot more complex and compelling in the books he’s written (and I assume the same goes for Freud as well).  I did think Lewis came off better in the debate, but that’s largely because the arguments Freud musters are more of the angry-at-God type, and I think I’ve got a better one to offer.

In the script, Play!Lewis expresses a though I’ve seen elsewhere in Real!Lewis’s writings:

None of us are born with desires unless satisfaction for them exists… A baby feels hunger; well, there is such a thing as food. A duckling wants to swim, water exists to do it.  So if I find within myself a desire which no experience in the world can satisfy, the most likely explanation is that I was made for another world

First, to give Lewis his due, I do experience some of the passionate desires for unworldly things that led him to become a Christian.  But I don’t believe that Christianity sates them or that powerful desires necessitate a satisfaction.

So let me cop to part of the reason I’m taking ASL lessons.  A large part is that I like learning a new language to keep my mind sharp and that (as a total math/topology geek) I’m thrilled to learn one that’s so visual spatial.  But a not insignificant proportion of my reasoning was “maybe this is the closest I can get to being a wizard.” 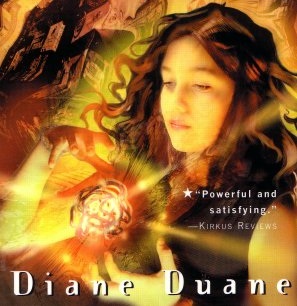 Let me explain.  Whether it’s the difficult hand positions of Lev Grossman’s castings in The Magicians or the forged-in-muscle magic of Spellbound, fantasy novels have taught me that doing magic is all about imbuing your words with meaning (possibly physically).  Diane Duane writes in her Young Wizards series:

Wizards love words. Most of them read a good deal, and indeed one strong sign of a potential wizard is the inability to get to sleep without reading something first. But their love for and fluency with words is what makes wizards a force to be reckoned with. Their ability to convince a piece of the world – a tree, say, or a stone – that it’s not what it thinks it is, that it’s something else, is the very heart of wizardry.

So learning ASL felt like getting closer to wizardly language, where words don’t just express ideas, they embody them.  My desire for language-magic is a pretty passionate one, and it’s attraction isn’t just wish-fullfilment.  When I read the paragraph above in So You Want to be a Wizard, it felt true, it felt like a glimpse of the hidden order under the world.  It felt exactly like a longed for desire finally finding it’s object.  And clearly I’m not the only one with this intuition, or it wouldn’t pop up in so many novels.

But, although I made a leap of faith and took the Wizard’s Oath that night, I haven’t gotten any more adept at pulling whatever levers I imagine underlie reality.  I’d like anyone who accepts Lewis’s assertions as valid to explain why his Christ-seeking desires do logically require a source of fulfillment and my language-magic yearning does not.  And try not to do it by no-true-Scotsmanning my desires as not passionately felt enough. 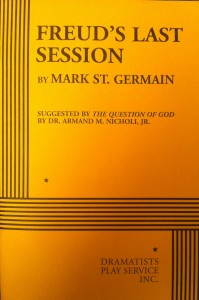 P.S: If you’re looking for a play that deals with philosophy and religion at a high level without sacrificing plot, you should come to DC in February and see New Jerusalem: The Interrogation of Baruch de Spinoza at Theatre J. I saw last summer’s production and it was stellar. The revival is keeping the two leads: Spinoza and his rabbi.

November 8, 2011 The Damnation of the Foolish Virgins
Recent Comments
102 Comments | Leave a Comment
"Jesus wasn’t resurrected as a great miracle simply in order to convince people to believe ..."
John The Two-Lazarus Problem
"The cartoon is amusing, but flawed. One of the four virtues of Stoicism is Justice; ..."
Vulpes Inculta 7QT: Stoicism Man, Semi-Imaginary Money, and ..."
"Do You Know what isn't Fair? Calling Atheism a Religion. Or saying Dawkins is a ..."
skwills Who Gets to Give the Courtier’s ..."
"Oh! And you can get there via Naval Gazing.(probably not by Navel Gazing...)"
TheSparksFlyUpward Too Sucky To Be True
Browse Our Archives
get the latest from
Catholic
Sign up for our newsletter
POPULAR AT PATHEOS Catholic
1