The Other Contraception Mandate Fight

I do want to do a substantive post on the contraceptive mandate later in the week, but, to set the stage, I want to talk about the conscience objection for pharmacists first..  Since we haven’t all been having this argument to death (at least not recently), maybe it can give us a better lead-in to the more topical fight.

A federal judge in Washington has ruled that “Christian pharmacists could not be required to stock and dispense medication that violated their religious beliefs.”  The main problem medication is Plan B, but across the country, some pharmacists and drug stores have refused to sell any kind of contraception, including condoms.

I don’t think the much-cited analogy of forcing a kosher butcher to sell pork is applicable.  A pharmacy isn’t just any kind of store where I might go to buy a product.  It’s the place I go to get my prescriptions filled — i.e. the place where I pay for the drugs a medical professional has decided I need.

If I live in a rural area, with few pharmacies, I may not have the option of going to a different store.  I’m also out of luck if the doctor’s office calls in the prescription to a particular store without checking if the staff will hand over the medicine.  When medicine must be taken within a certain time frame, traveling to another store may make it impossible for the drug to be effective.

Refusing to fill prescriptions is like a mail carrier refusing to deliver Playboy.  The burden shouldn’t be on the customer to have their magazines shipped by DHL if their local carrier objected to their subscriptions or for the company to check ahead of time to see if any of their customers had conscientious objectors on their mail route.  If you couldn’t in good conscience hand over dirty magazines, you shouldn’t be a mail carrier.  If filling prescriptions for legal drugs violates your conscience, you shouldn’t become a pharmacist.

It’s not for you to insert yourself between patients and doctors in these circumstances.  Pharmacists aren’t mere delivery people — they have medical training and may suggest a customer not fill a prescription if it would interfere with another medication.  They are a valuable error-checking step in the health care system.  But, because they are trusted to give medical advice, they can’t abuse their authority to coerce patients on non-health related matters.

Pharmacists who object to contraception aren’t being silenced when they’re denied conscience objections — they’re just being silenced at their job.  They’re free to talk to friends, give lectures, or distribute leafets to try and persuade people to not get prescriptions for contraception in the first place.  They can skip persuasion and vote for politicians who will push to overturn Griswold v Connecticut.  They just can’t pursue those ends at work.

February 28, 2012 Alain de Botton Gets it Backwards
Recent Comments
29 Comments | Leave a Comment
"Oh! And you can get there via Naval Gazing.(probably not by Navel Gazing...)"
TheSparksFlyUpward Too Sucky To Be True
"Hello, Deiseach!1. This is not an ad. (It always reassures me when someone says that!! ..."
TheSparksFlyUpward Too Sucky To Be True
""Do you honestly think that a child raised by a woman has no exposure to ..."
Zorin 2012 Queer Blogathon [Index Post]
"I'd love to see a video of how it works. keranique shampoo reviews"
Marlene Garza Welcome Camels with Hammers to Patheos!
Browse Our Archives
get the latest from
Catholic
Sign up for our newsletter
POPULAR AT PATHEOS Catholic
1 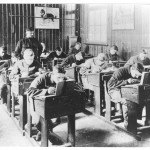 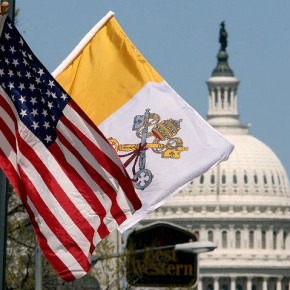 Catholic
Churches Should Be Leery of Patriotism
Unequally Yoked 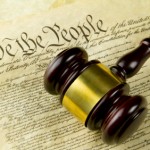