Alain de Botton Gets it Backwards 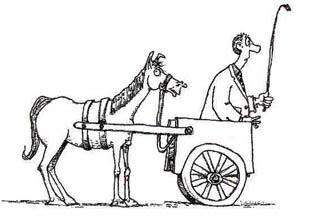 Alain de Botton, author of Religion for Atheists: A Non-believer’s Guide to the Uses of Religion, is, as you might guess, a bit persona non grata with the New Atheist blogosphere.  After reading his most recent CNN Opinion piece (“What atheists can learn from religion”), I’m guessing religious folks will also be thinking, “Please, don’t help us.”  Here’s an excerpt:

Probably the most boring question you can ask about religion is whether or not the whole thing is “true.”

…One can be left cold by the doctrines of the Christian Trinity and the Buddhist Fivefold Path and yet at the same time be interested in the ways in which religions deliver sermons, promote morality, engender a spirit of community, make use of art and architecture, inspire travels, train minds and encourage gratitude at the beauty of spring. In a world beset by fundamentalists of believing and secular varieties, it must be possible to balance a rejection of religious faith with a selective reverence for religious rituals and concepts.

It is when we stop believing that religions have been handed down from above or else that they are entirely daft that matters become more interesting. We can then recognize that we invented religions to serve two central needs which continue to this day and which secular society has not been able to solve with any particular skill: firstly, the need to live together in communities in harmony, despite our deeply rooted selfish and violent impulses. And secondly, the need to cope with terrifying degrees of pain which arise from our vulnerability to professional failure, to troubled relationships, to the death of loved ones and to our decay and demise.

Saying you can take the good and leave the bad from religious practise is actually a bigger insult to faith than it is to say you think we’d be better off without it entirely.  De Botton assumes that religious ritual can be totally separated from it’s content and context.  He seems to think he’s paying them a compliment by implying they’ve taken a lie (or, at least, a profound misunderstanding of the world) and used it as the foundation for a complex, beautiful, useful machine.

Atheists who spurn religion are closer to agreement with the adherents of these faiths because they agree ideas have consequences.  Start with a falsehood and there will always be a festering weakness at the heart of the world. 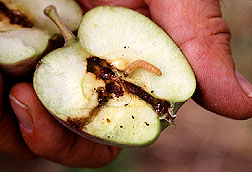 Tradition, ritual, and community aren’t unique to religion, and, if they were, de Botton would probably have to do some thinking about how a fundamentally wrongheaded claim managed to stumble into such a good idea.  His advice to atheists is similarly misguided.

It is more accurate to say that tradition, ritual, and community are powerful parts of human life than it is to say that they are good.  De Botton is correct that living without these influences would be an impoverished kind of life, but these aren’t the kind of things you can embrace abstractly.  We want to live in a particular tradition, reinforced by particular rituals, and supported by a particular community.  All three woven together in support of a particular telos.

Atheists don’t need to need to adapt the trappings of religion.  We just need to pursue truth, practise philosophy, and try and share both with others.  The fights about how to use ritual and the role of authority and hierarchy are incoherent unless we have some idea of what principles we’re designing these structures to sustain. Once you’re evangelizing and developing a worldview, the community can develop, but you can’t build a tradition by fiat around a flat negation of someone else’s ideas.   Instead of asking atheists to revise their organizing principles, de Botton would be better off promoting the positive ideas atheists and everyone should organize around.

February 29, 2012 Evolution Doesn't Select for Ethics
Recent Comments
105 Comments | Leave a Comment
Browse Our Archives
get the latest from
Catholic
Sign up for our newsletter
POPULAR AT PATHEOS Catholic
1