Spotted: A New Patheos Blogger with a Dedicated ‘Transhumanist’ Tag 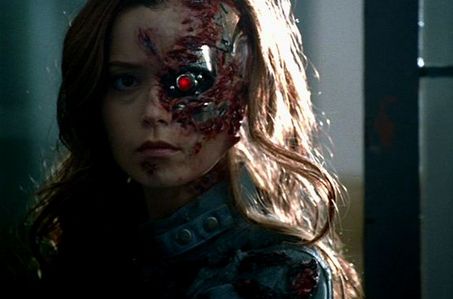 The trouble is, that the newest addition to Patheos’s Catholic Portal is dead set against it.  In his intro post for God and the Machine, Thomas L. McDonald writes:

Emerging technologies are shaping, reshaping, and sometimes warping, our perception of reality. This cannot happen in moral vacuum. It cannot exist without a moral dimension. Anything that is—anything that can be perceived with the senses or apprehended with the intellect—has a moral quality to it. Technology can be another tool for building up the Kingdom, or for tearing it down, but it cannot be morally neutral. Whether we realize it or not–whether we even use the technology or not–humanity is changed by the mere existence of 3D printing, video games, nanoscale structures, text messages, mobile devices, and myriad other elements of modern life…

The idea that we will one day be able to “download” our consciences is patently absurd, but genetic engineering and “body hacking” are already here in their nascent forms. They are not going away, and they appear to be in the hands of people who believe moral and ethical concerns are irrelevant.

I’m in total agreement with McDonald about the need to think hard and fast about the way technology changes or warps our moral considerations (cf the ethics of drone warfare).  These worries are far from ‘irrelevant’ to me, but I do have different moral and ethical concerns than McDonald, and I look forward to highlighting some of his pieces to talk about how and why we differ.

To start with, I was interested in his take on Shapeway’s contest to design a 3D-printed visualization of Siri, the iPhone assistant.  Pretty much all of the entries were humanoid.  McDonald wrote:

We anthropomorphise everything, even our technology. A species that creates proxy personalities and even body-images for cell phones isn’t going to be abandoning the flesh any time soon.

Here’s just one tiny example. Siri is the voice recognition software for iPhone 4S. It was created to have a more human tone and personality, so much so that some people have been trying to imagine what “she” would look like. It’s a kind of reverse transhumanism, in which we take a “pure” technology already freed from the “limitations” of the human body, and inject it into the the form of human physiology.

I agree with him that we see purposeful agents everywhere, and we tend to imagine them as human, but I don’t know if that heuristic reflects a truth about the world.  When I read novels, if the race of a character isn’t specified, I tend to assume the person is white, but that betrays more about me than it does any intrinsic properties of humans real or fictional.  After I moved to DC, I tended to assume people would know Yiddish words like ‘schlep’ or get jokes with the punchline “Why is this night different than all other nights?” but my assumption doesn’t prove that New York is the apotheosis of culture and everyone else is severely impoverished.  I’m just bad at modeling other minds.

Reality is not circumscribed by my imagination.  The limits of what I can dream up aren’t disproof of what can exist, and contra Lewis, the ideas that stick in my head aren’t proof that they can be realized.  If I want to stretch my ideas of what kind of bodies minds can use, I look to the augments developed for people with disabilities and the way they shake our assumptions about how to achieve a particular task.  And then it’s time for more R&D in the philosophy/ethics lab.

March 6, 2012 Exploring Stephen Law's Evil God Challenge
Recent Comments
101 Comments | Leave a Comment
"Jesus wasn’t resurrected as a great miracle simply in order to convince people to believe ..."
John The Two-Lazarus Problem
"The cartoon is amusing, but flawed. One of the four virtues of Stoicism is Justice; ..."
Vulpes Inculta 7QT: Stoicism Man, Semi-Imaginary Money, and ..."
"Do You Know what isn't Fair? Calling Atheism a Religion. Or saying Dawkins is a ..."
skwills Who Gets to Give the Courtier’s ..."
"Oh! And you can get there via Naval Gazing.(probably not by Navel Gazing...)"
TheSparksFlyUpward Too Sucky To Be True
Browse Our Archives
get the latest from
Catholic
Sign up for our newsletter
POPULAR AT PATHEOS Catholic
1

Avoid Universalizing Private Devotions And Cultural...
A Little Bit of Nothing
Related posts from Unequally Yoked