All things considered, it hasn’t been that rough a week.  But if I decide I need a break, I know what I’m going to do instead:

How does the US Army know if its less-than-lethal armaments are effective without being deadly? Live fire training exercises employing a mob of volunteers, of course.

That’s right, if you are over 18 and live in the greater New Jersey area, you too can get $20/hour to be whacked with batons and shot with rubber balls! The testing takes place in a non-descript one-story building, known as the Target Behavioral Response Laboratory, located a few miles from Picatinny Arsenal, the Army’s research and development center. Here, a nine-member team of engineers study how effective non-lethal technologies perform and, more importantly, the psychological reasons they do.

I did not know the Army loved empiricism as much as I do. (via Gizmodo)

And speaking of elaborate, analytic approaches to fighting, io9 had a cool story this week on people who are trying to reconstruct the actual way knights learned swordfighting, not the “aim for the blade to make a loud noise” style used in movies (known as “flynning“).

They have some videos on their webpage, with awesome descriptions like: “Demonstration of gripping the pommel while floryshing”

I tend to always love Noah Millman’s theatre write-ups, so imagine my delight that he’s talking about Newsies, my favorite Disney musical (the Broadway staging is fun, but inferior).  He had a really interesting take on the plot:

And the vision of labor-management relations that comes across from Newsies is very corporate. The newsies aren’t fighting the power in order to overthrow it. They just want to align incentives in a way that’s win-win. They don’t want to be independent contractors; they want to be part of the organization. Pulitzer, who pulls some pretty evil tricks over the course of the show, isn’t banished to the outer darkness at the end. Once he’s ready to negotiate in good faith, the newsies are happy to work for him again. This, again, I think reflects where kids – at least kids of the class who might go to a Broadway show – actually are, at least if David Brooks is to be believed.

It’s a peculiar mentality for this moment in our economic history, but that’s a point for another space. What I’m more sure about is that it doesn’t make for strong theatre, which requires conflict to have a kind of primal urgency. We want to see dragons slain, not tamed, to see heroes triumph, not negotiate a fair settlement.

I can’t remember how I stumbled onto the drinking game “One Giant Chicken” but I’m ever so glad I did.  Look, go click the link and read through all the rules, and then go read the game recaps.  It’s a pub crawl where one person hides in a pub wearing a giant chicken costume, and everyone else goes looking, but has to buy a drink and finish a drink at every pub they check that the chicken is not in.  And then there are nuances.

While googling British drinking game slang I found through One Giant Chicken, I found another English drinking tradition I had missed out on.  When ‘pennying,’ you can force someone to drain his or her drinks if you surreptitiously slip a penny into their drink.  But what I loved best was the minutia:

Coins not featuring the reigning Sovereign (foreign coins and those featuring deceased monarchs) do not incur the “pennying” forfeit as their submerged nature poses no metonymical danger to the Sovereign (see History Of Pennying below). Test cases involving abdicated monarchs are not known to have arisen while one was still alive (the only example in British history being Edward VIII), though theoretically a Pennied person would owe no allegiance to someone not of the direct line of succession of the British Royal Family.

I was greatly amused by NPR’s call for slogans for the new Marx-themed credit card (which, inexplicably, is real).  Here is my favorite:

@lukedones: @planetmoney A spectre is haunting Europe – the spectre of cash back and low, low interest rates. ‪#marxcard‬

@BenMSwift: @planetmoney Reach for it when you get in the red. ‪#marxcard‬

I had two anti-gnostic baking projects this week.  First, I made another loaf of the Easy Little Bread I did last week.  I stuck with substituting steel cut oats for rolled oats, and, this time, I toasted a cup of sunflower seeds and added them to the mix.  Below is the loaf, and one slice is already prepped with apricot preserves and herb and garlic goat cheese. 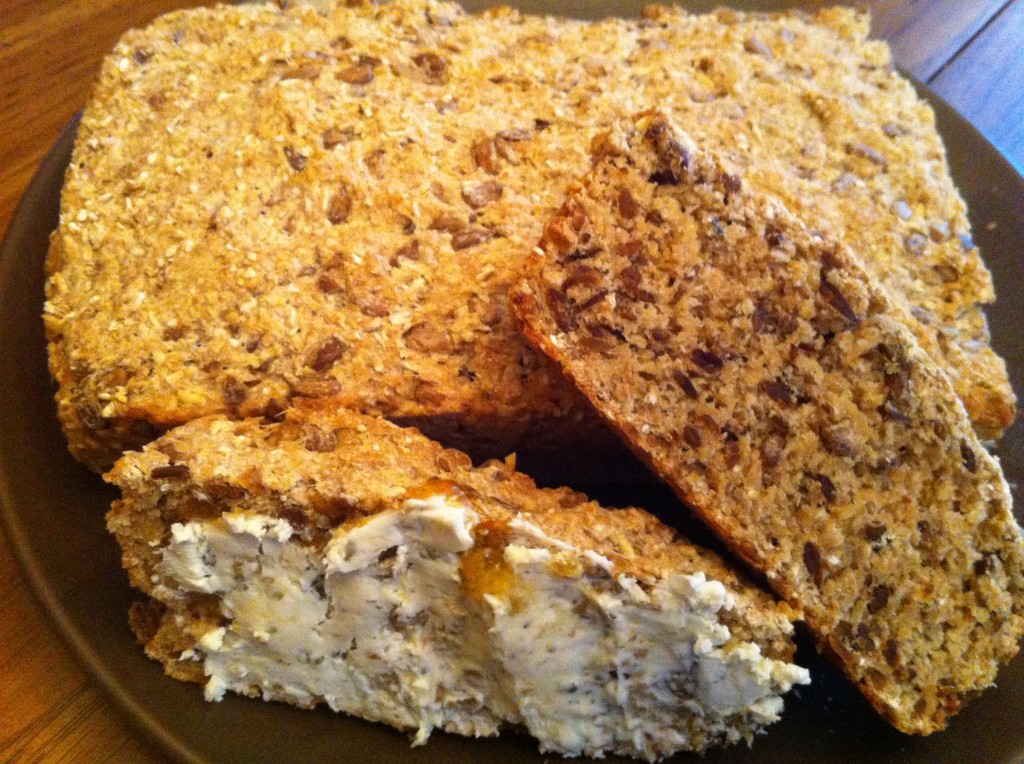 Later in the week, I made cookies for a friend’s potluck dinner/musical cabaret party.  To the best knowledge, this is the first time I’ve cracked an egg in at least 15 years.  I used this recipe for espresso chocolate chip cookies, but I 1.5x’d the espresso, added about a cup of toasted walnuts, and sprinkled sea salt on them right before they went in the oven.  (I say about a cup because the bag definitely had more than a cup, but I ate a bunch after they were toasted).  Voila! 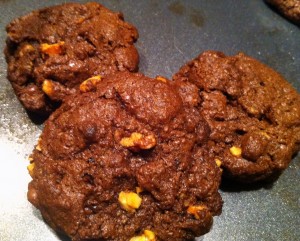 And guess what just arrived in the mail?  Sourdough starter.

June 22, 2012 A little about the queer stuff
Recent Comments
114 Comments | Leave a Comment
"On that note... I recommend every Catholic and Christian have that post a read. Click ..."
Oktavian Zamoyski Effective Altruism and Caritas [Radio Readings]
"I think too many people have grandiose and unnatural ideas about charity. It becomes a ..."
Oktavian Zamoyski Effective Altruism and Caritas [Radio Readings]
"Jesus wasn’t resurrected as a great miracle simply in order to convince people to believe ..."
John The Two-Lazarus Problem
"The cartoon is amusing, but flawed. One of the four virtues of Stoicism is Justice; ..."
Vulpes Inculta 7QT: Stoicism Man, Semi-Imaginary Money, and ..."
Browse Our Archives
Related posts from Unequally Yoked