Any given week, there are usually enough interesting science stories in my Quick Takes folder to do an all-geek Takes, but usually I like to cover a range of topics.  But this was an especially awesome week, apparently, and the science backlog is getting big, so let’s have the “I Love Charts” song lead us into a data-rich link roundup:

But I’m compelled to point out that, if you want to raise your kids right, you’ll steer them away from 3D pie charts.

While drafting this post, I accidentally wrote that the video above would lead us into a date-rich link roundup.  I don’t have enough empirically-minded discussions of online dating to fill up seven takes, but I do have enough for one.   John Millward made a bunch of OkCupid profiles so he could track the difference in unsolicited message volume for male and female profiles.  Then he took a look at the content of the messages and drew on the dataset to craft messages that would stand out when sent from his own profile.

A fun read, but I’m still languishing for updates from OkTrends.

If it were not for that freudian typo, pride of place in this list would surely have gone to xkcd’s new physics blog: What If? Every Tuesday, Randall Monroe will be mulling over and illustrating a reader-submitted question.  Topics covered so far: What if everyone who took the SAT guessed on every multiple-choice question? How many perfect scores would there be? and What would happen if you tried to hit a baseball pitched at 90% the speed of light? Re that last one, Monroe writes:

The ideas of aerodynamics don’t apply here. Normally, air would flow around anything moving through it. But the air molecules in front of this ball don’t have time to be jostled out of the way. The ball smacks into them hard that the atoms in the air molecules actually fuse with the atoms in the ball’s surface. Each collision releases a burst of gamma rays and scattered particles.

These gamma rays and debris expand outward in a bubble centered on the pitcher’s mound. They start to tear apart the molecules in the air, ripping the electrons from the nuclei and turning the air in the stadium into an expanding bubble of incandescent plasma. The wall of this bubble approaches the batter at about the speed of light—only slightly ahead of the ball itself.

My patience with top ten lists wears thin, as always, but I did quite enjoy some of the ten weird rules for naming planets and planetary features that io9 aggregated.  Among my favorites:

Small Crater, Small Village
Martian craters measuring less than 60 km in diameter must be named after villages of the world with a population smaller than 100,000 people. This is the rule that gives us such excellent names as the adorable-sounding and strangely fitting “Tooting crater,” named after the eponymous London suburb. (There is no mention of what happens when a town grows to a population of more than 100,000, but the logical conclusion is that we either blow the crater up, or force people to leave the village. DO NOT QUESTION THE IAU ABOUT ITS RULES.)

The study screened for the presence of HPV in two populations of sexually active teens and young women at two points: before the introduction of the vaccine in 2006, and four years after its introduction (in 2010). The populations were small (only about 400 at each time point), but still large enough to produce statistically significant results. A bigger problem was that the demographics of the two populations were quite different in terms of several factors associated with risk for HPV infection. The authors used an adjustment factor to control for this, but also provided the raw, unadjusted data.

Given that several clinical trials had shown that the vaccine is effective, it’s no real surprise that the rate of infection with the four strains targeted by the vaccine (the ones most commonly associated with cervical cancer) went down significantly, dropping by about a third. (Many of the residual infections may result from not taking a complete course of the vaccine or having started it after the onset of sexual activity.) The big surprise is that the rate also dropped in those who hadn’t been vaccinated, going from over 30 percent to under 20 percent. Adjusting for risk factors made the drop even more significant.

I always enjoy the Olympics, despite my general antipathy to exertion.  I like watching the gymnastics, the synchronized high dive, and the intensification of debates about transhumanism and philosophy of embodiment.

First there was Pistoris (the double amputee sprinter who runs on carbon fiber blades) and now io9 reports that cloned horses have been cleared for the Olympics and other international events.  There won’t be any cloned horses in this cycle of the Games, but keep your eyes peeled for the future.

During the Winter Olympics two years ago, I did a piece for HuffPo on the IOC’s attempts to quantify gender and I’ve excerpted it below:

The idea of trying to titrate an athlete’s hormones down to level the playing field is, at best, hideously complex and, at worst, impossible. How do you know when the hormone level is ‘fair?’ Once the athlete stops winning? All athletes are physically and genetically exceptional, drawing advantages from differences in height, metabolism, sleep requirements, or anything else that could have an impact on training or performance.

The I.O.C. can require these women to reduce the amount of testosterone that they produce, but it should not pretend that it is doing them a favor. A woman is referred to doctors by other players or coaches (the panel did not specify) who suspect that she may be of ambiguous gender. These women are not seeking out medical remediation for their “conditions;” indeed, the assumption is that their genetic abnormalities are giving them an advantage in their chosen field.

The new recommendation defines people who are intersex or of ambiguous gender as deficient and requiring treatment. Any abnormalities are defined as problems, not by the people whom they affect, but by external groups who are distanced from any experience of them. Even more worrying, the new recommendation medicalizes not only genetic abnormalities but any testosterone level that deviates from the norm. It suggests that all women should fall within a certain range of hormone expression in order to be women; it implies that deviance requires intervention.

And for a fun challenge this weekend, check out Julian Sanchez’s discussion of xor decryption.  Give it a bit of a think, but you have my permission to look at the comments without shame, since it turns out a lot of the proposed solutions turned on knowing some properties of ASCII characters that I didn’t know.  I did quite appreciate the discussion conceptually, though!

July 12, 2012
Morality isn't only hard on special occasions
Next Post 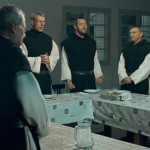 July 13, 2012 And what did you win with your death?
Recent Comments
191 Comments | Leave a Comment
Browse Our Archives
get the latest from
Catholic
Sign up for our newsletter
POPULAR AT PATHEOS Catholic
1