This Atheist Activism Failure Might Actually be a Win for Skepticism 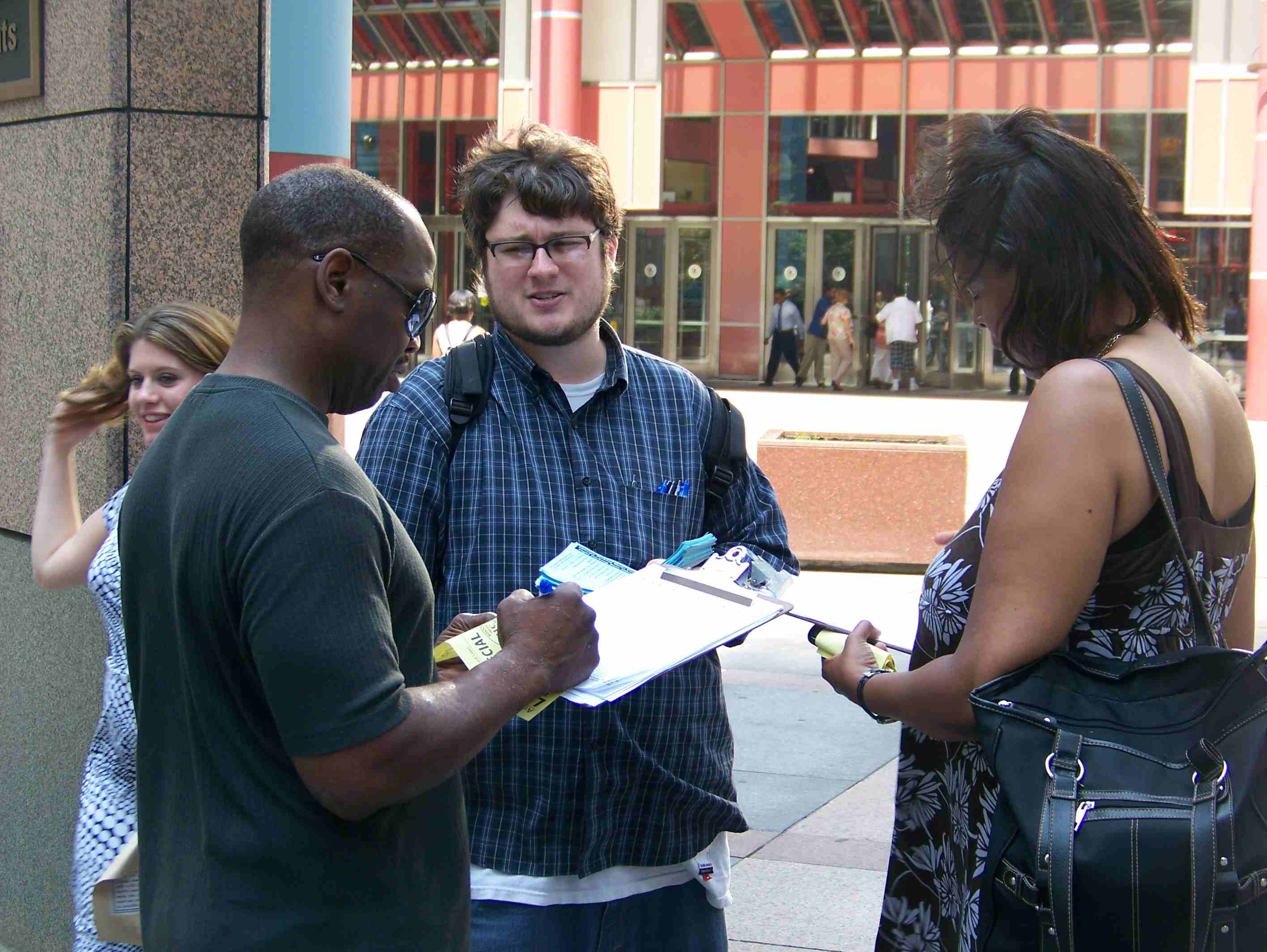 Over at Friendly Atheist, Paul Fidalgo of the Center for Inquiry has posted an open letter to imprisoned activist Alexander Aan that doubles as a rebuke to the skeptic/atheist/freethought community.  A month long drive to get 25,000 signatures on a WhiteHouse.gov petition failed.

We were not asking for money, we were not asking anyone to travel, or march, or even write anything. All we were asking was the click of a few buttons. Why so many thousands could not be bothered to weather whatever frustrations the White House website presented, I think, speaks very, very ill of the actual commitment to social justice and basic liberties of what we want to believe is a growing and powerful movement of atheists and skeptics. If we can’t withstand the minor inconvenience of a webform, what can we ever be expected to do?

…[T]hese developments speak to the growth of a community, not of a movement. A strong movement would have garnered 25,000 signatures on a website for you in the first couple of days. So, if anything, the silver lining of this falling-short tells us something we desperately needed to know: despite the growing numbers of declared freethinkers, we have yet to find the best ways to do something meaningful with those numbers beyond gloating.

I’m inclined to cut the atheist movement a lot more slack on this one.   I was pretty skeptical about the efficacy of a WhiteHouse.gov petition when I heard about the drive.  The petitions that hit the 25k mark are guaranteed a reply, not a real response (cf the multiple petitions against the drug war that cleared the mark and only got mealy-mouthed replies).  I guess the idea is to bootstrap up and use a successful petition to signal to reporters, whose coverage you can use to prompt more comments, which get covered by reporters, …., some kind of action is taken.

I ended up promoting the petition drive on the blog, but I’ll confess, I did it much more in a Squelchtoadian spirit of giving a gift to a friend, than because I thought it was a good option for activism.  And I followed by general rule of using pseudo-activism as a trigger to give to empirically validated interventions through Givewell.

Off-hand, I can’t think of any successful WhiteHouse.gov petitions (so I welcome examples in the comments).  And this ask seemed particularly dicey: the president doesn’t have any kind of authority over the Indonesian penal system, and he’s unlikely to take a “cops of the world” approach to religious freedom.  There’s already another blasphemy law case in Pakistan, where an eleven year old girl (who is reported to have Down’s Syndrome) may be sentenced to death.  If the president isn’t planning to back up exhortations with force, there’s little power in a moral appeal when blasphemy laws enjoy substantial support in the relevant countries.

But Fidalgo had an answer for people like me, who didn’t think these tactics would pay off:

I would ask those who presume the ineffectiveness of the petition, “so what?” Click the buttons anyway. If for no other reason, it would show you, Alexander, if not our president, that we stood in solidarity with you.

But, in any given day, I get a lot of opportunities to show solidarity with causes I support.  I sign petitions, repost those “repost this if you x….” statuses, add a like to the “One million strong against X…” pages, give buying-a-coffee amounts of money to causes, post action alerts to this blog, etc, etc, etc.  Taking any of these actions might give me the warm fuzzies, since I’ve reminded myself I’m on the right team, but most of them won’t do much good for the person or cause I’m ostensibly supporting.

It’s true that any of them might pay off.  (Reporters do like citing rival facebook like counts, so those sometimes do drive coverage).  But without a heuristic for judging how likely they are to pay off, the organizer is essentially presenting me with a Pascal’s mugging.  How seriously would you take a “nothing tangible may ever happen as a result, but we don’t know that, and it does send a palpable signal either way” if it were said by an organizer for a cause you weren’t personally invested in?

Atheists have had a lot more success when they’re organizing for a cause where the connection between action and result is clearer.  People turned out to be more likely to give money to the college funds of Jessica Alquist and Damien Fowler than they were to spend an equivalent amount of time “showing solidarity” with Alexander Aan.  That seems pretty reasonable to me.

If CFI and others want to up participation for the next drive (and embody the best bits of skepticism), I’d love to see some research on which kinds of activist interventions are most effective.  I’ve seen a lot on the best ways to get a target to sign a petition, but not much on whether you’d rather ask for the signature or money or volunteer time or what.  From my experience in advocacy, it can feel a bit like a cargo cult, where we’re endlessly petitioning capricious deities (read: elected officials) without much data on what will actually spur them to act.  We can end up measuring success by things that are easy to quantify (how many signatures?) but are not necessarily proxies for our actual goal (is Aan more likely to be released?).

So why not do the research and offer people better activism opportunities, or (while you’re running some experiments) offer them weirder asks.  As Sherlock Holmes would say, “Data data data!  I cannot make bricks without clay!”

And, in the meantime, to make sure you’re not just rewarding yourself when you follow up on an action alert, why not pair petition signing, facebook liking, etc with a donation through Givewell?  They’ve done the research, and you can check out their approach to evaluating charities.  Yay empiricism!

UPDATE: Michael Nugent is offering a list of alternate actions you can take to help Aan now.  No efficacy estimates, so you’ll have to make your own.

August 21, 2012 Who are you dressed up as today?
Recent Comments
97 Comments | Leave a Comment
"On that note... I recommend every Catholic and Christian have that post a read. Click ..."
Oktavian Zamoyski Effective Altruism and Caritas [Radio Readings]
"I think too many people have grandiose and unnatural ideas about charity. It becomes a ..."
Oktavian Zamoyski Effective Altruism and Caritas [Radio Readings]
"Jesus wasn’t resurrected as a great miracle simply in order to convince people to believe ..."
John The Two-Lazarus Problem
"The cartoon is amusing, but flawed. One of the four virtues of Stoicism is Justice; ..."
Vulpes Inculta 7QT: Stoicism Man, Semi-Imaginary Money, and ..."
Browse Our Archives
Related posts from Unequally Yoked