Tell all the Truth, but tell it slant

Tell all the Truth, but tell it slant September 3, 2012 Leah Libresco

I received a comped reviewer’s copy of Beauty Will Save the World: Recovering the Human in an Ideological Age from the Intercollegiate Studies Institute.

I enjoyed reading Gregory Wolfe’s Beauty Will Save the World, but I’m not sure that it’s a book best read straight through, as I did.  The second best way to read it probably reading the first section, in which Wolfe lays out his thesis, and then dipping in and out of his profiles of writers and artists over a few months, with frequent breaks to read some of the works he’s discussing.  The best way to enjoy the book is probably not to read it at all, but to have Wolfe over for a dinner party and then stay up until dawn talking.

There’s enough material for several dinner parties, in fact, so let me just jump into a passage about the intellectual history of knowledge:

To the ancients, reason found its highest expression in the contemplation of being — the order of the cosmos.  One of Kirk’s intellectual heroes, Josef Pieper, described the medieval understanding of human thought.  According to the scholastics  Pieper writes, the ratio, or discursive, logical faculty is paralleled by the intellectus, the intuitive perception of reality.  “The mode of discursive thought is accompanied and impregnated by an effortless awareness, the contemplative vision of the intellectus, which is not active but passive, or rather receptive, the activity of the soul in which it conceives that which it sees” (Leisure: The Basis of Culture).

But the advent of modernity caused a shift in the understanding of human thought.  The nominalists, and later, Descartes, denied the reality of the intellectus and elevated the ratio to preeminent status.  The moderns began in doubt, or skepticism, to use Lilla’s word, about reality, and proceed to treat reason (ratio) itself as the ground of being.  Instead of Man the Knower, we have Man the Thinker.

The modern concept of reason is, at root, ideological.  Reason, instead of the faculty by which we achieve connatural knowledge of reality, becomes the means by which we construct systems that are imposed on reality.

I was pretty interested in this active/constructive vs passive/receptive dichotomy, since I’ve come to think of science as much more in the intellectus mode since I’ve gotten into reading Less Wrong (what’s true is what’s there to be interacted with, etc).  I think of exercising my reason as the discipline of paring away biases and sharpening my senses so I can be more receptive to the reality of the world that surrounds me.  (I could add that developing my character is paring away sinful indifference so I can be more receptive to the beatific vision).  Attaching a sense of ownership to your ideas and insights is common, but likely to lead you astray.

Wolfe’s book put me in mind of another modes-of-thinking dichotomy.  Science is sometimes defined in opposition to art as the field where no one is indispensible.  Shoot Einstein, and sooner or later, someone will come up with relativity, because it’s embedded in the world, waiting to be interacted with.  Shoot Hawthorne, and no one will write The Scarlet Letter (or, much later, film Easy A).  Reading Wolfe’s book throws some of those assumptions into doubt.

Art has the power to move us because it touches on some external truth.  To put it in math analogy terms, if Truth is an n-dimensional object, art shows us projections of Truth into lower-than-n dimensional spaces, and give us flashes of the larger structure.  To stick with the more traditional parable, artists are like the blind men examining the elephant.  Lose Hawthorne, and you’ve lost the particular quirk or genius that informed his snapshot of the whole, so your model may become less rich or detailed, but other artists may end up filling the gaps in some unexpected way.

At first, this may sound like it lowers the status of artists.  None of them are necessary, and they can only show us one thing, albeit from different angles.  But I find this reframing invigorating.  Artists aren’t simple creators who might go anywhere (to Baker Street or to Baghdad); they are explorers and pioneers.  They are called to give us more to see.  Great artists are operating under constraint, but that shouldn’t be seen as a privation; that’s the price of having a telos.

Wolfe’s book is meditative and inviting, but it’s also a call to arms.  He is writing against the conservative pessimism that writes the culture off as lost so that it has an excuse to cut itself off from the world.  But if artists are drawing out attention to what is real (or creeping up on it sideways), speaking to a weird culture is only like learning an unfamiliar language.  The truth is still there, and it has some way of being expressed, it only remains to discover how.

Our vision can even be expanded by artists moving along the via negativa.  In the Sondheim discussion, I found that the grotesque love story in Passion drew our attention to its insufficiency and ultimately deepened our understanding of the ideal.  If you want to go a little more Canon, Flannery O’Connor is your gal.  And quite recently, I found Joss Whedon’s The Cabin in the Woods to be powerfully affecting because the nihilism of the film made  me intermittently queasy for several days after seeing the show.

I once took a very satisfying computer science class from a professor who opened class by saying “There’s no point in learning a new programming language if it doesn’t change the way you think.”  A great artist uses and subverts our native tongue and culture to teach us a new way to think, so we can express a thought our old system was not large enough to contain.  Further up and further in!

P.S. I picked Hawthorne to be shot in the analogy, because Wolfe highlights a passage from The Scarlet Letter that I missed when I read it (I was distracted by my Monty Python-induced tendency to always read ‘Dimmesdale’ as ‘DIMMESDALE!‘), and I wanted an excuse to share the quote:

[A]s demonic and cold as Chillingsworh may be, at the moment he discovers the scarlet letter on the chest of the sleeping Dimmesdale. the narrator says that “what distinguished the physicians ecstasy from Satan’s was the trait of wonder in it.”  It is that human trait of wonder that enables Hawthorne to hint at Chillingsworth’s possible redemption. 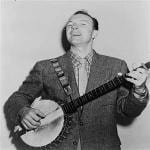 September 3, 2012
"Even though we ain't got hats or badges, we're a union just by saying so!
Next Post

September 4, 2012 That Moment We Saw You For What You Really Are
Recent Comments
108 Comments | Leave a Comment
Browse Our Archives
get the latest from
Catholic
Sign up for our newsletter
POPULAR AT PATHEOS Catholic
1