If only I could throw dinner parties for semi-fictional characters…

If only I could throw dinner parties for semi-fictional characters… November 9, 2012 Leah Libresco 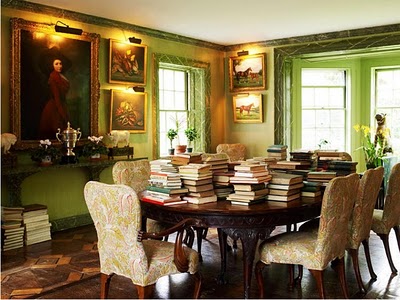 I’ve been reading Hillary Mantel’s A Place of Greater Safety, and I’ll admit I don’t like it as well as Wolf Hall.  I don’t feel the same intimacy with Robespierre that Wolf Hall gave me with Thomas Cromwell, and the distance is killing me.  However, I thought readers of the blog might like this dialogue between Camille Desmoulins and a French judge in the early days of the revolution.

“Really?”  The judge leaned forward; he liked to argue generalities.   “As you seem to have wiped the church out of the picture, who is going to make men what they ought to be, if the laws do not do it?”

“Who is to say what men ought to be?”

“If the people elect their lawmakers–which, nowadays, they do–don’t they depute that task to them?”

“But if the people and their deputies were formed by a corrupt society, how are they to make good decisions?  How are they to form a moral society when they have no experience of one?”

“We really are going to get home late,” the judge said.  “We shall be here for six months if we are to do justice to the question.  You mean, how are we to become good when we’re bad?”

“We used to do it through the agency of divine grace.  But the new constitution doesn’t provide for that.”

“How wrong can you be?” the judge said.  “I thought all you fellows were on course for the moral regeneration of humankind.  Doesn’t it worry you that you’re out of step with your friends?”

“Since the Revolution, you’re allowed to dissent, aren’t you?”

I’m seized with the desire to introduce Thomasina from Arcadia into the debate, although she is only speaking of physical entropy, not moral entropy in the quotation below:

NOAKES: Is it the Emperor Napoleon?

THOMASINA: No (She tears the page off her drawing block, with her ‘diagram on it.) It concerns your heat engine. Improve it as you will, you can never get out of it what you put in. It repays eleven pence in the shilling at most.

…(SEPTIMUS retrieves his book from THOMASINA. He turns the pages, and also continues to study Thomasina’s diagram)

SEPTIMUS: Why does it mean Mr. Noakes’s engine pays eleven pence in the shilling? Where does he say it?

…THOMASINA: Oh … yes. Newton’s equations go forwards and backwards, the do not care which way. But the heat equation cares very much, it goes only one way. That is the reason Mr Noakes’ s engine cannot give the power to drive Mr. Noakes’s engine.

SEPTIMUS: Everybody knows that.

THOMASINA: Yes, Septimus, they know it about engines!

In a pre-conversion post, I mentioned how the worst true thing about my worldview might be the impossibility of becoming good when we’re bad.  It could be as impossible as stirring jam backwards out of rice pudding.  The State and the law aren’t up to that task, but they can give us the space and peace to seek out grace.  From St. Thomas More in A Man for All Seasons:

ROPER: So now you’d give the Devil benefit of law!

MORE: Yes. What would you do? Cut a great road through the law to get after the Devil?

ROPER: I’d cut down every law in England to do that!

MORE: Oh? And when the last law was down, and the Devil turned ’round on you, where would you hide, Roper, the laws all being flat? This country’s planted thick with laws from coast to coast– man’s laws, not God’s– and if you cut them down—and you’re just the man to do it—do you really think you could stand upright in the winds that would blow then? Yes, I’d give the Devil benefit of law, for my own safety’s sake. 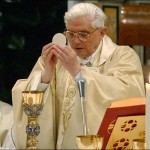 November 10, 2012 Steelmanning one of Dennett's arguments
Recent Comments
103 Comments | Leave a Comment
Browse Our Archives
get the latest from
Catholic
Sign up for our newsletter
POPULAR AT PATHEOS Catholic
1