“Give Us More To See”

Yesterday, I used Georges Seurat (as imagined by Stephen Sondheim in Sunday in the Park with George) to open up a discussion about the difficulty of pursuing intimacy with God (or, often, other people).  Play!George might approve of my framing a discussion of truth through artifice, since that’s exactly how he manages to see and comprehend others in the show.  In “Finishing the Hat” (below), George explains that he can only understand or interact with people from a distance.

Studying a face.
Stepping back to look at a face,
leaves a little space in the way like a window.
But to see–
It’s the only way to see.

People are just too much.  When he is completely open and present to them, George can’t make any sense out of them. It’s all as much “Chaos” and is as senseless as scanning George’s pointillist painting dot by dot and trying to understand the whole image.  But Dot, his lover, either doesn’t realize that this is what intimacy looks like for George, or she doesn’t trust him that his distance allows him perspective, instead of an excuse to blur out what doesn’t appeal.  How can she tell?

Maybe George isn’t even engaged enough to merit the accusation that Roger levels at filmmaker Mark in another musical (“You’re always preaching not to be numb, but that’s how you thrive.  You pretend to create and observe when you really detach from being alive”).  Mark sees the real world, but holds himself back from participation, but Dot justifiably fears that George might not even be withdrawing from her, just his image of her.  But I think there’s a hint to the accuracy of George’s vision in the opening of “The Day Off.”  George sketches a dog and sings:

George doesn’t just see, he alters.  While I was watching the show, I wasn’t sure if this was a positive sign.  If George is just using his art to assert mastery over the world around him as he “brings order to the whole” it looks like a point in favor of Dot’s theory that he doesn’t really know her.  But, in order to alter Dot, or the dog, he must be able to see them accurately.  Working to bring the elements of his painting into harmony means that George must be intensely aware of every way they jangle against his imagined ideal. 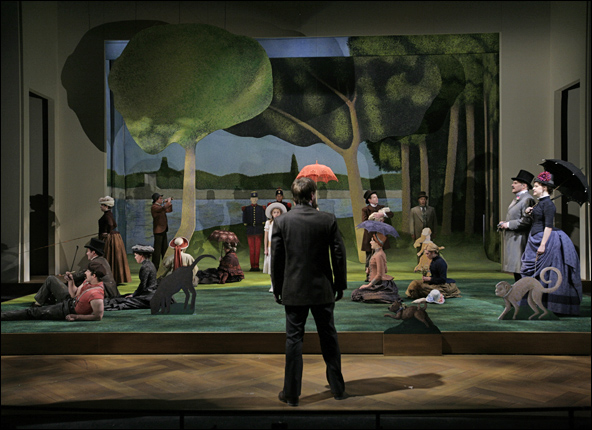 Call it the via negativa, the grotesque, or the virtue of an almost-right solution, but this seems to be exactly what Lewis called for in the Screwtape Letters; an awareness of the inadequacy of the constructed image.  By noticing where the representation fails, you gain a better understanding of the thing you still may not be able to picture.  Almost-convincing androids show us what we recognize as human; nearly-plausible chatbots teach us what we value most about conversation.

Here’s a practical example.  Most days, I pray Morning and Night Office from the Liturgy of the Hours.  When I’ve got a bit of extra time, I try to translate the psalms into ASL as I go.  I’m pretty terrible at this, since my vocabulary and syntax are patchy, and that ends up being pretty helpful.  I might read something like:

My dwelling, like a shepherd’s tent,
is struck down and borne away from me

And see how close I can get with

An actual translator could pull something similarly poetic, but I’m like a Deaf toddler.  The inadequacy of my vocabulary is frustrating, and it draws my attention back to the nuances of the prayer I’m making.  “Leave” isn’t really like “borne away.”  Someone could leave on their own, but if my home is being borne away, I might reasonably wonder who’s doing the bearing and what use they plan to make of it.

Or sometimes, I’ll be surprised by the appropriateness of the sign that reveals something visceral I was missing in the English.  I can’t find a decent ASL video of the Agnus Dei, but it’s a lot harder to gloss over the magnitude of “Have mercy on us” when you actually have to inflect the mercy sign as directed to you from God.

We may long for the beatific vision, but we can’t achieve it on our own efforts.  The best I can do is to be present enough to be discombobulated by the lacunae in my model.  Because if I have a hole, I must have a kind of sense of what it fits (or, at least, what it doesn’t). 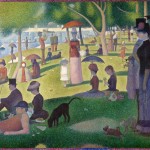 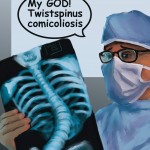