Well, the commenters — and arguably culture in general — seemed particularly interested what Freud termed the two essential drives: Sex and Death.  Thus, the two questions in this year’s Turing Test will be focused on:

Contestants will have 1000 words to split between those two topics however they like.  But Freud isn’t my first love, so I’m adding a bonus question, that’s a little more tied into the two drives that dominate the characters in Arcadia:

Hannah: Sex and literature. Literature and sex. Your conversation, left to itself, doesn’t have many places to go. Like two marbles rolling around a pudding basin. One of them is always sex.

Hannah: No doubt. Einstein – relativity and sex. Chippendale – sex and furniture. Galileo – ‘Did the earth move?’ What the hell is it with you people?

So, for extra credit, contestants can answer this question:

And, just to refresh your memory, if you’re signing up to play in the Ideological Turing Test, you’ll answer these questions twice.  Once honestly, and once as you believe an atheist or Christian (whichever is father from your true beliefs) would reply.  I’ll run the honest and faux Christian answers together, and people will try to spot the fakes.  Then I’ll do the same for the atheist ones.
Oh, and it’s considered poor sport to try to win by employing Poe’s Law.  Try to imitate a thoughtful, intestesting person on the other side.  Word of honor, they exist!

Sign up to play in the Ideological Turing Test here! 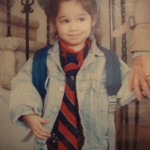 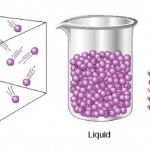 June 18, 2013 Learning by Perturbation
Recent Comments
122 Comments | Leave a Comment
Browse Our Archives
get the latest from
Catholic
Sign up for our newsletter
POPULAR AT PATHEOS Catholic
1