A (Narrow) Win for T.H. White in the Book Round of ITT

The first prompt in the non-Christian round of the 2015 Ideological Turing Test has a just-barely winner. The Christians mostly fell behind the real non-Christians, but our winner was practically tied with the atheist ranked just ahead, so I’m awarding the win on points. Here’s the winning fake-atheist response to “Name a book that shaped your moral sensibilities (and talk a little about how) Fiction is fair game.”

T.H. White’s The Once and Future King. When I was young (e.g. ages 8-12) I read it over and over. Looking back, I see that it was likely the source of my simultaneous cynicism and idealism, regarding both politics and personal relationships. The former, in that much of the plot concerns King Arthur’s attempts to create a form of government that isn’t terribly unjust–he almost succeeds, then it falls apart because it’s still based on force–and this still seems to me like the basic dilemma of the public side of human existence. The latter, in that I sympathized greatly with both Lancelot’s tortured desire for perfection and his (resulting) fascination with inflicting pain on the people he loved most.

I haven’t read the book for years, but I still think I was lucky to have grown obsessed with it, rather than e.g. The Chronicles of Narnia or Harry Potter. I think TOaFK (despite the ugly acronym) helped me to care more about trying to achieve justice, and to live a serious life, than about seeing the world as somehow already justified, or thinking that all I needed was to feel something special, “love,” in order for everything to turn out for the best. 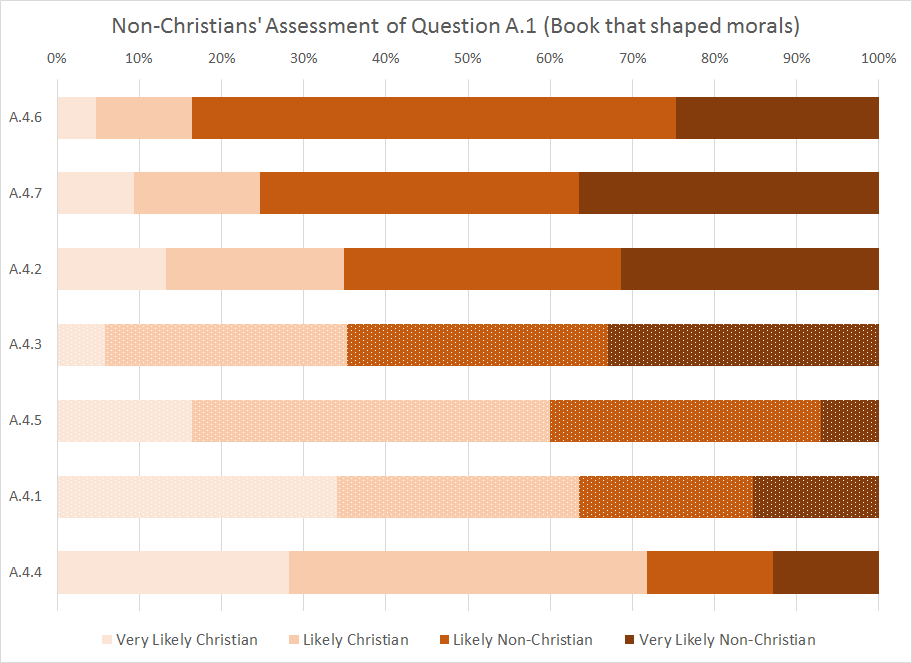 Our Christian winner offers this self-description:

A born-n-raised Roman Catholic who attended a Catholic liberal arts university, I’m now getting a PhD (from a secular school) in literature.

Christians also found this player the most plausible fake atheist–this entry ranked second overall, as they saw it: 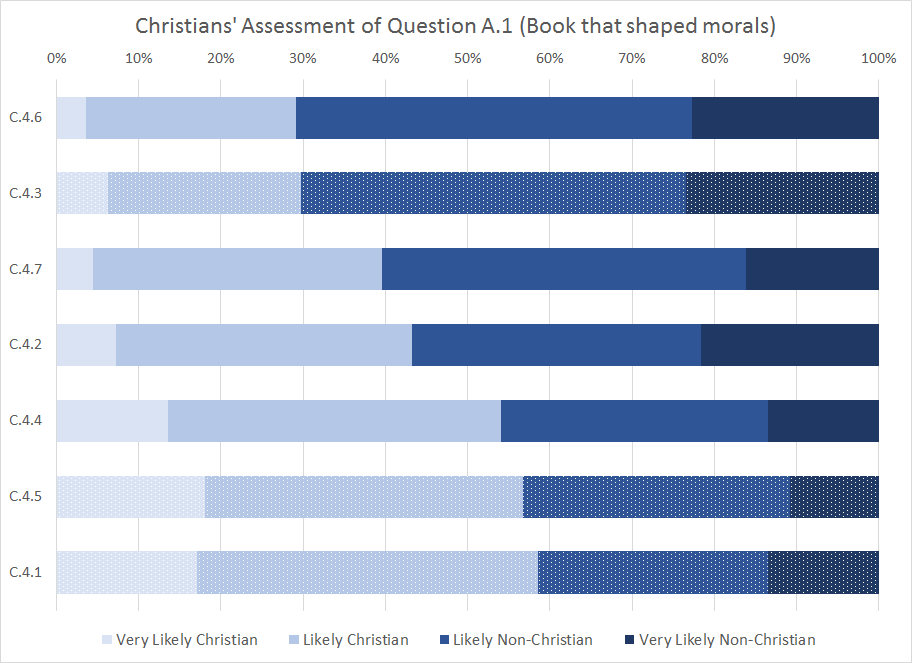 One real atheist answer got buried at the bottom when the atheists judged; only 28 percent of the non-Christian judges thought this answer was for real:

The 48 Laws of Power by Robert Greene clarified to me that successful people game the system by hook or crook to get ahead. Then rationalize their moral and intellectual superiority as the cause of their success. Generally the greatest fools and murderous attain power while claiming the mantel of God. Morality is mostly illusion on a path to power.

And I can’t say that I blame them.  Although this happened to be an honest atheist entry, in a Turing Test I would have also guessed that it was someone strawmanning the other side.  In fact, I did guess that — I went back to check when I was picking answers to be sure I wasn’t pulling from the wrong tab of my spreadsheet. 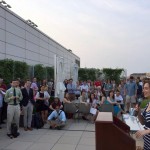 July 15, 2015 The Judges Lose The Ritual Round of the ITT
Recent Comments
0 | Leave a Comment
Browse Our Archives
Related posts from Unequally Yoked