Winner on the Tradition Round of the 2015 ITT

The answers are up, and now the votes have been tallied for the first question in the Christian round of the 2015 Ideological Turing Test.  Here’s the faux-Christian response to “Why, in a world of many splintered sects, should *your* tradition be trusted?” that real Christians found the most convincing:

I’ve grown up in my sect (Episcopalian!) my whole life, and accept I’d probably be something else if I’d been born somewhere else. The point isn’t the specific theological claims that any sect makes. I think we are doing our best to create a loving community that encourages people to develop their relationship with God in a positive way. That’s all I can really ask for. 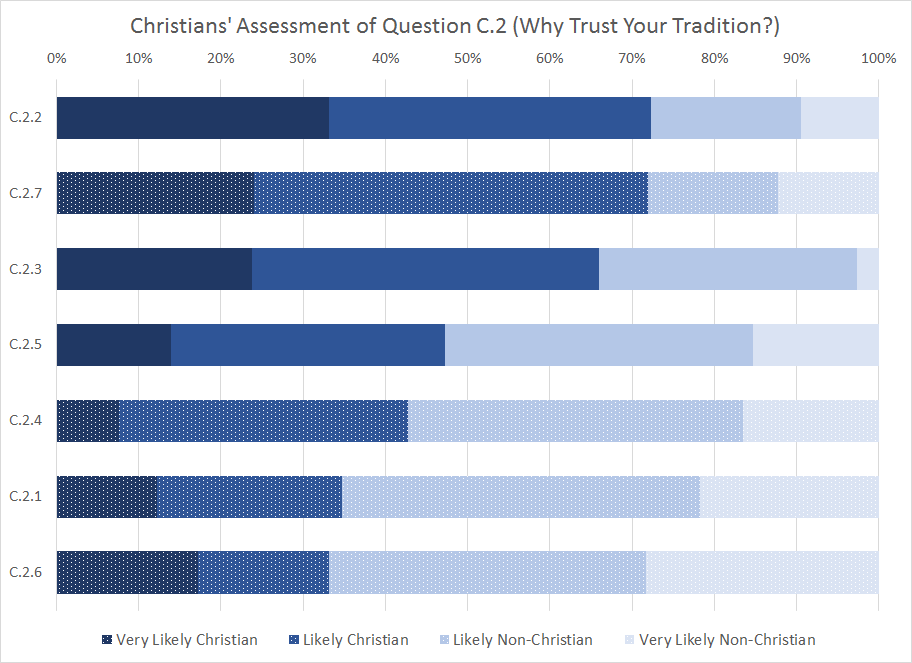 Our non-Christian winner on this question offered this self-description:

Our most believable faker was also the most compelling in the eyes of the non-Christians, too, coming in first place: 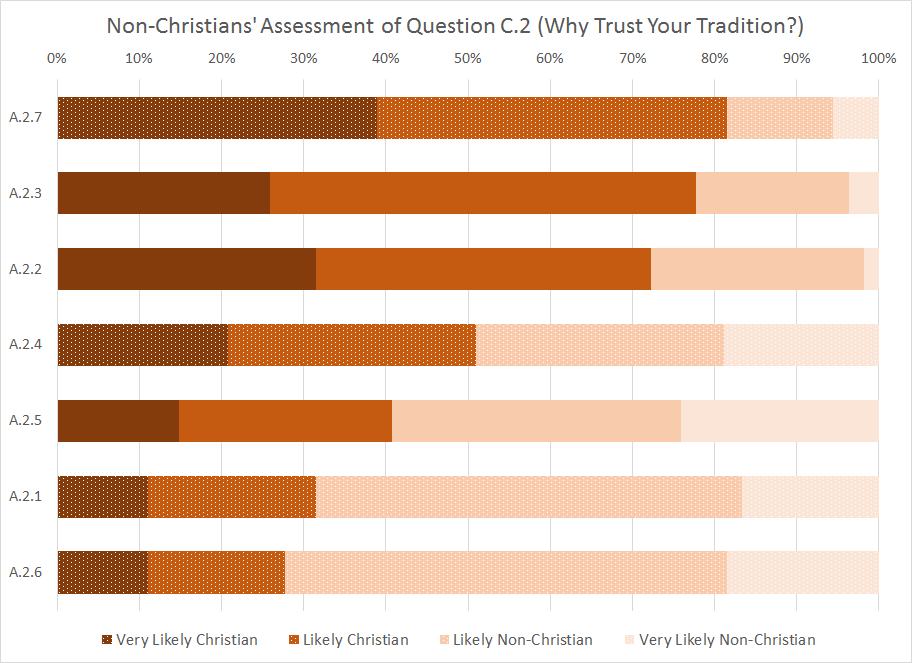 Catholicism is connected directly to Jesus through Peter. It also boasts the most impressive intellectual apparatus as a religion (the Jews have probably produced more great thinkers), and has maintained its massive following in the world by the grace of God, manifested in felicitous and various leadership throughout history, despite some famous and catastrophic errors. It is unique in that it was instituted on a mass scale by an institution (the Roman Empire) attempting to reform itself, rather than through a schismatic break.

The Catholic tradition can trace its roots back to the very founding of the Christian faith- there is an unbroken line who have been burdened with keeping the original traditions alive which have remained intact for thousands of years. Plus, the pope is the direct intermediary between God and humanity, and this position has been occupied since the first bishop of Rome, Peter, who was the first leader of the Christian faith after Jesus.

I’m pretty sure that the second one was sunk by “the pope is the direct intermediary between God and humanity” but I’m not as certain what the red flag was on the other low-rated answer. 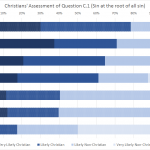 July 10, 2015 No One Won The 'Underappreciated' Round of the 2015 ITT
Recent Comments
0 | Leave a Comment
Browse Our Archives
Follow Us!