Intuition Pumps and Other (sometimes extraneous) Tools for Thinking 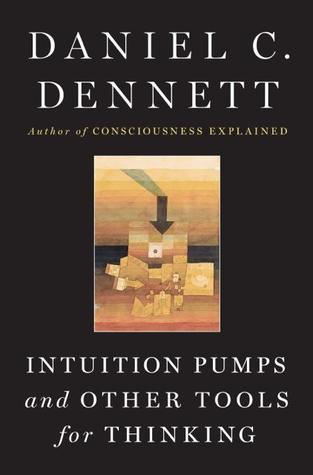 Daniel Dennett has written three or four quite good books in 2013. It so happens they’re all appearing together as Intuition Pumps and Other Tools for Thinking, which, to be honest, I might have enjoyed a bit more as several separate kindle singles.

In the first book (as I’d break it up), Dennett introduces the concept of an intuition pump – a thought experiment that helps us use our intuition to get a handle on a knotty problem – and starts running through ways you can use vivid hypotheticals to guide your thinking or be bamboozled by speakers why have come up with seductive, nearly right frameworks to lead you off the path. He calls the latter ‘boom crutches’ and cites John Searle’s Chinese Room thought experiment as an example, but they might be better termed ‘will o the wisps.’ They’re not always intentional rhetorical tricks, they’re so-sharp-you’ll-cut-yourself ideas that manage to get us going in the exact wrong direction.

He goes over some ways to spot a bad hypothetical. Can you twiddle the parameters a little and make it come to a different conclusion? Is it a bit too obviously contrived? When he goes after Davidson’s Swampman example, Dennett writes:

In fact, such labored examples strike me as manufactured opportunities to impose an imaginary dichotomy so that you can rather with impunity. “No,” says the philosopher. “It’s not a false dichotomy! For the sake of argument we’re suspending the laws of physics. Didn’t Galileo do the same when he banished friction from his thought experiment. Yes, but a general rule of thumb emerges from the comparison: the utility of a thought experiment is inversely proportional to the size of its departure from reality.

After this and several other excellent heuristics to screen off high energy theoretical ethics, Dennett passes on one general tip for useful discussions. He likes to use lay undergraduates as an audience for debates, since their ignorance forces both speakers to clarify and simplify their remarks. In his experience, experts often waffle and disguise their shilly-shallying with jargon, that the other expert does not want to question (and thus possibly reveal ignorance). Using undergrads as a decoy audience helps him keep discussions grounded and responsive.

I liked this idea, and I looked forward to more such suggestions in the remaining five-sixths of the books. But then Dennett essentially took a break for a number of chapters to give readers an intuitive understanding of computers and algorithms. I liked the explanation, but I was a little confused as to why it had suddenly been dropped into the book on rhetoric and epistemology that I thought I was reading.

It turns out that Dennett wants the reader to get some experience spotting harmful boom crutches and exploring and creating useful intuition pumps. And he decides to mine for examples in his own academic field: the philosophy and science of consciousness. So, after the computer science theory lesson, there are a number of other discrete sections to bring you up to speed on the field of consciousness research, til finally the reader has made it through enough prerequisites to examine the thought experiments that Dennett thinks will demonstrate the correctness of his position.

It’s all quite interesting and engagingly written, but few readers will be expert in this subject, so we’re automatically falling prey to a boom crutch that Dennett warned us about in the opening section. He warns us not to read books by only one expert, since a layperson can’t check whether the expert has actually addressed all relevant critiques (he cites the example of creationist scientists).
But whether or not Dennett is right about consciousness, he’s wrong to choose this discipline to train his readers on the uses and abuses of thought experiments. Most of us won’t keep encountering these fairly abstract questions. We need to be sensitized to the rhetoric and problems we encounter in our day to day lives. It would make more sense to select examples that resemble the ones we’ll actually encounter after putting down the book.

Thought experiments are a powerful tool for thinking, and Dennett does outline useful heuristics, but the book would be better if he hadn’t been so distracted by thinking about thinking. 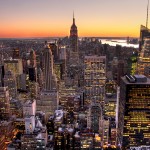 Did the Mainstream Media and Bill...
Public Catholic
Related posts from Unequally Yoked