This is the first entry in the Christian round of the 2013 Ideological Turing Test.  This year, atheists and Christians responded to questions about sex, death, and literature.

Legalizing multiple marriage would deeply destabilize society. Anti-polygamy laws are a tool to fight fundamentalist Mormons and other cults which violate the dignity of the human person. In any patriarchal society, rich men would build harems, while poor men would be left without a spouse, which leaves them without an investment in society. Even if that might not be true in a non-patriarchal society, our current society is still very patriarchal. Society requires stable marriages: children are best raised by a loving, committed couple. However, while in a monogamous relationship there is only one relationship which can fall apart, in a three-person marriage there are three, a four-person marriage six, and so on exponentially. Given the already high divorce rate, can we accept that?

On a deeper level, polyamory violates God’s plan for human sexuality. We are supposed to reserve our sexuality to unite with our spouse for our mutual good. Let me be clear: polyamorous people often love each other and build lives together– just as a couple that has sex before marriage may genuinely love each other. Nevertheless, the purpose of sexuality is that two become one flesh. Through sex, we say to each other: “I love you, I am committed to you in an exclusive and permanent way, through good times and bad.” That’s why people tend to feel a sense of connection and love to their partners after sex (caused by the release of the chemical oxytocin). A promise is made between people’s bodies even if their minds do not agree.

Obviously, God’s plan forbids ‘secondary’ sexual relationships, just as it forbids non-marital relationships; thus, much polyamory is immoral on the face of it. However, even a three-person marriage violates the purpose of sexuality by putting another person within the marriage. While polyamorists say they can manage jealousy, the existence of the emotion suggests that we are intended to bond in pairs. Can three people romantically love each other equally, or will two become a marital relationship while the third becomes a de facto secondary? The phenomenon of couples searching for a ‘Hot Bi Babe’ whom they objectify and treat as unequal to the main couple suggest that a truly equal three-person marriage is uncommon.

I believe that euthanasia is immoral: everyone has the right to ordinary nourishment and medical care.

Our society is deeply ableist. Many disabled people believe they are burdens and that it would be best for everyone if they died; they cannot be said to be making a free decision about what is best for themselves. Other people, who are not yet disabled but may be in the future, may believe that a life paralyzed or on a ventilator is not worth living, when for many actually disabled people it is. What’s more, people may be coerced into euthanasia, which is morally murder. Legalizing euthanasia risks creating a whole class of murders that cannot be prosecuted. How can we, from the outside, tell apart someone who was pressured into euthanasia and someone who chose it of their own free will?

Furthermore, euthanasia reflects a core disrespect for life– the same disrespect for life that produces contraception, abortion, inhumanity to the poor, and war. The root of all of these is the idea that some lives are not worth living: the idea that poor people are not entitled to food or health care, that being an unwanted child is so horrific that we should murder them to prevent this fate, that being disabled or terminally ill is a fate worse than death. However, all lives have inherent value: everyone matters, everyone has a right to life.

Our culture despises suffering; we believe we have the right to pleasure and enjoyment, and when that doesn’t happen we have a right to turn off our lives just like we’d turn off a TV show that failed to entertain. However, pain has a great power to purify. Many of those we recognize as saints went through periods of suffering far more intense than (we believe) we could endure. For many people, a terminal illness is the first time they recognize that they are going to die, grapple with questions of religion and the meaning to life, or learn to rely on God rather than their own strength. There is a higher purpose to life than simple animal pleasure; it is immoral to cut off this opportunity for growth. 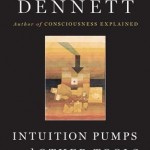 July 14, 2013
Intuition Pumps and Other (sometimes extraneous) Tools for Thinking
Next Post

July 16, 2013 [Turing 2013] Christian Entry #2
Recent Comments
154 Comments | Leave a Comment
"Back to Square 1 ... ¯\_(ツ)_/¯Season 3!G.657BW.CO/d5573Y"
Bobby Klein My Good Catch Catches Them All
"We all are meme thiefes here 😂🙃fM.9226B.US/fA5573BU"
VanguardAI Books on deck for me for ..."
"To understand an art, you must understand phynomena."
Unlcuky13 I’m speaking about my conversion in ..."
"Despite the differences in level, it's still an excellent manga.pt.2632W.US/U5573xM"
Pilzkeks Dissecting the Catholic Vote for FiveThirtyEight
Browse Our Archives
Related posts from Unequally Yoked