Sometimes it’s really hard to remember quite how far in the future we live.  Or how much fun it is to take advantage of our ability to ethically take advantage of our hardwired capacity to recognize patterns and intuit things about our surroundings.  Nothing in the video is CGI, it’s just your brain applying the rules it knows to art designed to exploit it.  Wheee!

And for a much older kind of art, that’s still fun to pick apart to see how it’s done, comes this The Way Things Work type video on the making of Matryoshkas.  Even with a term of experience with a lathe, I still guessed wrong about the order of how some bits were done.  You might want to take a few minutes to guess before you watch.  (h/t Tristyn, by which I mean the video is in Russian, not English).

My parents had a number of matryoshkas, one set of which closely resembled the one below.  As a child, I was prone to carry around the very smallest, who I referred to as “Baby Leonard,” and greatly amused my mother, when she saw poor, tiny Lenin being dragged about for games of make-believe grocery shopping.  What an indignity! 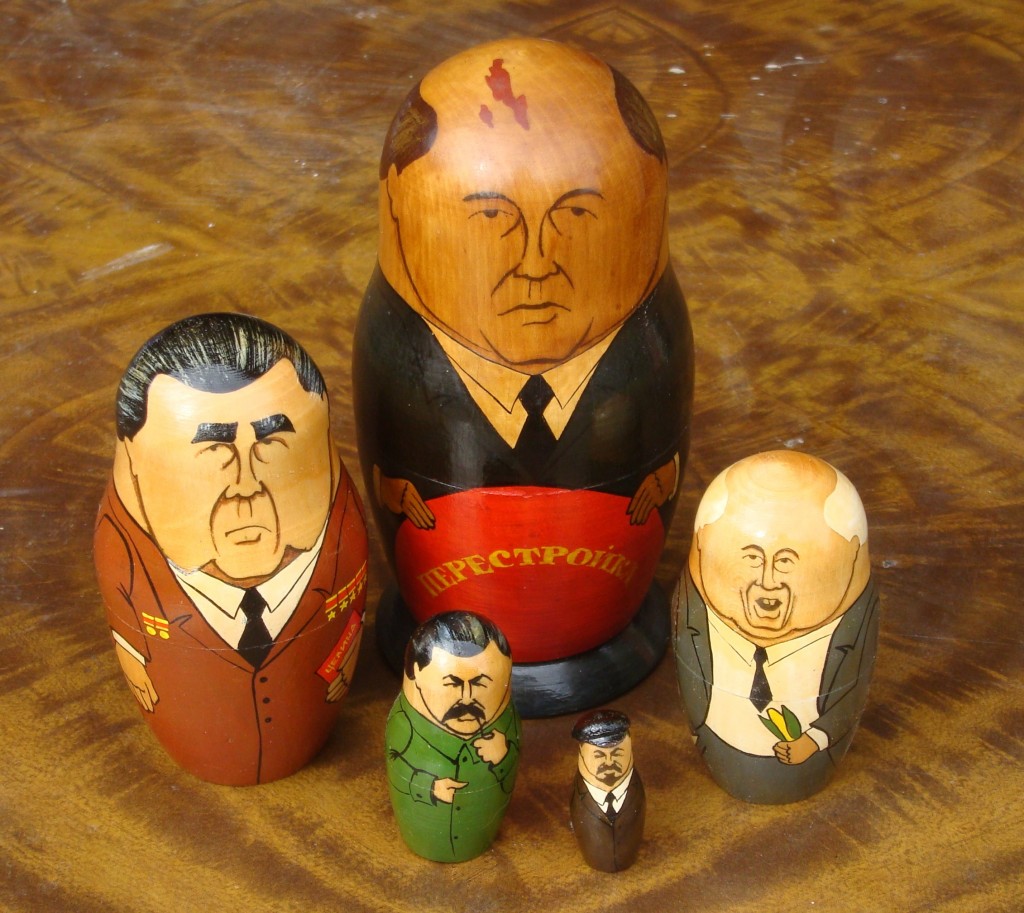 And now, for a fusion of art forms old and new: People are putting on a performance of the plot of Terminator 2 in which all the lines are cribbed from Shakespeare’s corpus.  I kid you not.  You can see their promo video below.

The next video is also an updating of Shakespeare.  In fact, if this project were a science fiction film franchise, it would be… Back to the Future.

By which I mean that it’s actors working on using the pronunciation of Shakespeare’s own time instead of modern British English.   Apparently the Globe Theatre did a Romeo and Juliet both in Original Pronunciation and the normal style.  In the video below, two actors give some examples of what Original Pronunciation sounds like, and how it helps them hit some rhymes and puns better.

And while we’re on a Shakespeare run, I had the pleasure of being invited to a reading-Othello-aloud party this week.  We ended up rotating principles a bit, so I got to be Desdemona for Acts I and II, Iago for III and IV, and Emilia at the end.  As usual though, I ended up angry at Othello for most of the reading for being so gosh-darn easy to fool.  (I didn’t think of working that blame-for-his-weakness into my Iago; it might have been interesting).

So I wanted to link you all to Noah Millman’s review of a production at the Stratford Festival, which was one of the first moments where Othello made sense to me as tragic, not just hopeless.  Here’s part of the key section:

So why can Iago turn him so easily? Because it had never occurred to Othello that anyone he loved and trusted truly could – or would – deceive him. Iago plants the possibility, and once planted the weed quickly overruns the garden. Iago preaches mistrust; to mistrust him, and reject his counsel, is actually to trust him and his counsel, because it is to accept that Othello may be deceived by one he loves. And once that possibility is admitted, then how can he in quiet see his wife feed well, love company, sing and dance and, in general, manifest the free and open manners that are Desdemona’s hallmark?

I remember having a teacher who, when ze taught Othello, spoke about Iago as an enigma at the heart of the play.  He gives several contradictory reasons for his malice, and ultimately refuses to speak at all.  Is he also jealous, and that informs his choice of weapon?  Is he angry at being passed over, and relentless in revenge?  Or is he just evil personified, with as little reason for it as Don John in Much Ado?

But better to not know than to have his ill-will vivisected and studied in the style of this study.  Here’s a pull-quote from the Times writeup:

Students who chose to be bug-killers were presented with three cups, each holding a live pill bug. To anthropomorphize the bugs, each was given a name: Muffin, Ike, or Tootsie. Bug-killers had to drop a bug into a modified coffee grinder, force the top down, and grind the bug up.

(Note to cringing readers: a secret barrier spared the tiny troika. Though the machines emitted crunching sounds, the researchers said, “no bugs were harmed in the experiment.”)

During the execution of the assignment, some bug-killers quit after one or two. But some asked for more bugs.

Is it a bad sign that I laughed when they assured us that no pill-bugs were actually in danger?  Ah well, I must laugh when I am merry and claw no man in his humor. 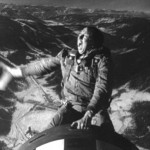 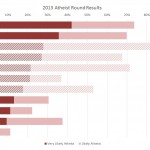 September 30, 2013 Atheist Round Winners [Turing 2013]
Recent Comments
6 Comments | Leave a Comment
"On that note... I recommend every Catholic and Christian have that post a read. Click ..."
Oktavian Zamoyski Effective Altruism and Caritas [Radio Readings]
"I think too many people have grandiose and unnatural ideas about charity. It becomes a ..."
Oktavian Zamoyski Effective Altruism and Caritas [Radio Readings]
"Jesus wasn’t resurrected as a great miracle simply in order to convince people to believe ..."
John The Two-Lazarus Problem
"The cartoon is amusing, but flawed. One of the four virtues of Stoicism is Justice; ..."
Vulpes Inculta 7QT: Stoicism Man, Semi-Imaginary Money, and ..."
Browse Our Archives
Related posts from Unequally Yoked