I’m in a storytelling mood, after yesterday’s post on a three book introduction to Christianity.  And I’m eagerly waiting to read Francis Spufford’s Unapologetic, when it turns up on my kindle this Tuesday.  In the meantime, I’ve been checking out one of his other works: The Child That Books Built: A Life in Reading, and I’ve been having some of those moments described in The History Boys as:

The best moments in reading are when you come across something – a thought, a feeling, a way of looking at things – that you’d thought special, particular to you. And here it is, set down by someone else, a person you’ve never met, maybe even someone long dead. And it’s as if a hand has come out, and taken yours.

So, want to check out some quotes and other storytelling related links this week?

Primary schools in Britain now sometimes send home a photocopy of a page of Russian or Arabic to remind parents of that initial stage when writing was a wall of spiky unknowns, an excluding briar hedge.  By the time I reached The Hobbit‘s last page, though, writing had softened, and lost the outlines of the printed alphabet, and become a transparent liquid, first viscous and sluggish, like a jelly of meaning, then ever thinner and more mobile, flowing faster and faster, until it reached me at the speed of thinking and I could not entirely distinguish the suggestions it was making from my own thoughts.  I had undergone the acceleration into the written word that you also experience as a change in the medium.  In fact, writing had ceased to be a thing — an object in the world — and become a medium, a substance you look through.

And one of my much beloved science fiction authors, Ted Chiang, has just released a short story about the internal stories we make of memory.  It’s hard to pullquote anything from “The Truth of Fact, The Truth of Feeling,” since part of what makes the story work so well is the way one theme is refracted through different problems and characters (oral vs written memory, normal memory vs video, etc).  But here’s one teaser:

“Very good. But you need to leave spaces when you write.”

“I have.” Jijingi pointed at the gap between each row.

“No, that is not what I mean. Do you see the spaces within each line?” He pointed at his own paper.

Jijingi understood. “Your marks are clumped together, while mine are arranged evenly.”

“These are not just clumps of marks. They are… I do not know what you call them.” He picked up a thin sheaf of paper from his table and flipped through it. “I do not see it here. Where I come from, we call them ‘words.’ When we write, we leave spaces between the words.”

“But what are words?”

“How can I explain it?” He thought a moment. “If you speak slowly, you pause very briefly after each word. That’s why we leave a space in those places when we write. Like this: How. Many. Years. Old. Are. You?” He wrote on his paper as he spoke, leaving a space every time he paused: Anyom a ou kuma a me?

“But you speak slowly because you’re a foreigner. I’m Tiv, so I don’t pause when I speak. Shouldn’t my writing be the same?”

It was only many lessons later that Jijingi finally understood where he should leave spaces, and what Moseby meant when he said “word.” You could not find the places where words began and ended by listening. The sounds a person made while speaking were as smooth and unbroken as the hide of a goat’s leg, but the words were like the bones underneath the meat, and the space between them was the joint where you’d cut if you wanted to separate it into pieces. By leaving spaces when he wrote, Moseby was making visible the bones in what he said.

Jijingi realized that, if he thought hard about it, he was now able to identify the words when people spoke in an ordinary conversation. The sounds that came from a person’s mouth hadn’t changed, but he understood them differently; he was aware of the pieces from which the whole was made. He himself had been speaking in words all along. He just hadn’t known it until now.

And now back to Spufford:

I remember there was an intermediate stage when strange words did not yet quite have a definite meaning of their own, but possessed a kind of atmosphere of meaning, which was a compromise between the meanings of all the other words which seemed to come up in conjunction with the unknown one, and which I decided had a bearing on it.  The holes in the text grew over, like this.  The empty spaces thickened, took on qualities which at first were not their own, then became known in their own right.  But it was not a process like scabs growing over cuts.  That’s too thick, too brown, too fibrous, too organic a metaphor.  Writing might flow like thought, but it was still a constructed thing.  That was part of its appeal to me, that it retained an intricate, made separateness from bodies, mumps, and families.  Imagine instead a vast dome built up from countless panels of stained glass.  Some panels are missing.  As you gaze at an empty segment of the dome, the space shimmers, and into it are infused, like vibrations in the air, both the fire-opal blue from the panel to the right, and the lemony gold from the panel to the left.  They harden, and now there is glass there, of a colour somewhere between the two: a citric green perhaps.

I once tried to express something like the same sentiment in a college lit mag.  If you’d like to see what happens when I try my hand at poetry, click here, and scroll down to “Waiting on the Tacoma Narrows Bridge.”  It’s the one that begins:

If I were bold I might
murder certain words
strip them of their
synaesthetic sis-boom-bah and
pin them, struggling weakly,
to clean, crisp Kaplan flash cards.

It’s been a very wordy quick takes, so, I’ll stop at six this time with a question.  What real things were you surprised to learn were not fictional.  Due to A Wind in the Door, I couldn’t help exclaim “Mitochondria are real?” when we covered them in class.  And I didn’t expect Narnia’s Turkish Delight to be something you could really eat.  Do you guys have any similar awakenings? 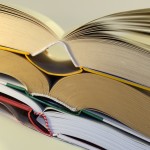 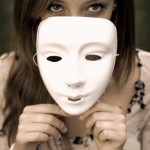 October 12, 2013 Christian H's Turing Strategy
Recent Comments
0 | Leave a Comment
""Do you honestly think that a child raised by a woman has no exposure to ..."
Zorin 2012 Queer Blogathon [Index Post]
"I'd love to see a video of how it works. keranique shampoo reviews"
Marlene Garza Welcome Camels with Hammers to Patheos!
"Logismoi (the plural of logismos) are a fairly simple concept; they are whispers from either ..."
Rob, Portland Logismoi, Vampires, and Other Intrusive Thoughts
"I imagine I’ll do a lot more reading and pick a lot more fights over ..."
Donalbain A little about the queer stuff
Browse Our Archives
Follow Us!