All Parenthood in a Day

All Parenthood in a Day November 14, 2013 Leah Libresco 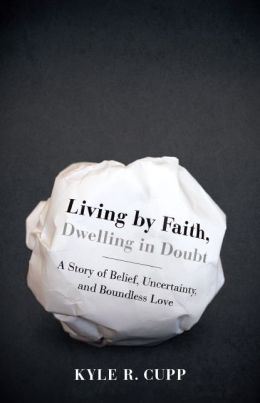 In his memoir Living by Faith, Dwelling in Doubt, Kyle Cupp tells two interwoven stories: the development of his Catholic faith and the death of his daughter Vivian, who was diagnosed in utero as being unable to live for much more than a day after her birth.

The story is harrowing to read. Cupp doesn’t sugarcoat the grief he, his wife, and their son experienced, but he also shows how they kept looking for opportunities to show Vivian and each other love.  He writes:

I came to the conclusion that what it meant to be a father to Vivian was this: I was there with her, suffering with her, even if she could not know me, even if we were both in the dark. Was this experience of fatherhood in any way akin to the fatherhood of God, who loves and weeps for his children? I wonder.

He and his wife struggle through having all the experiences of pregnancy without the normal payoff of a healthy child.  But, during the pregnancy, their experience feels the same as when they had their son; they have the same connection to their daughter through her kicks and idiosyncrasies (she becomes very active whenever Cupp’s wife eats chocolate.

His stories reminded me of the heartbreaking essay in this week’s The New Yorker “Thanksgiving in Mongolia” in which Ariel Levy tells the story of her miscarriage and its aftermath.

I felt an unholy storm move through my body, and after that there is a brief lapse in my recollection; either I blacked out from the pain or I have blotted out the memory. And then there was another person on the floor in front of me, moving his arms and legs, alive. I heard myself say out loud, “This can’t be good.” But it looked good. My baby was as pretty as a seashell.

He was translucent and pink and very, very small, but he was flawless. His lovely lips were opening and closing, opening and closing, swallowing the new world. For a length of time I cannot delineate, I sat there, awestruck, transfixed. Every finger, every toenail, the golden shadow of his eyebrows coming in, the elegance of his shoulders—all of it was miraculous, astonishing. I held him up to my face, his head and shoulders filling my hand, his legs dangling almost to my elbow. I tried to think of something maternal I could do to convey to him that I was, in fact, his mother, and that I had the situation completely under control. I kissed his forehead and his skin felt like a silky frog’s on my mouth.

Levy and Cupp both had experiences of parenthood, grotesquely compressed.  They both had small persons who were totally dependent on them, whom they ultimately could not shield from all ills.  Most parents have the mercy of learning they can’t shield their children from all harms piecemeal: a scraped knee, an bully on the schoolbus, etc.  But, whenever we love, we will eventually end up in the position of Cupp and Levy, unable to offer anything except our love and our willingness to suffer with the person we love, knowing that that isn’t enough to fix the situation, but offering it anyway.

I received a free review copy of this book as part of the Patheos Book Club.  You can check out an excerpt from the book and a Q&A with the author on the book club page.  You can read more of Kyle Cupp’s writings at his blog, Journeys in Alterity. 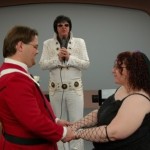 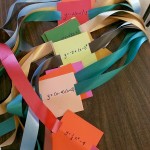 November 15, 2013 7 Quick Takes (11/15/13)
Recent Comments
83 Comments | Leave a Comment
"Jesus wasn’t resurrected as a great miracle simply in order to convince people to believe ..."
John The Two-Lazarus Problem
"The cartoon is amusing, but flawed. One of the four virtues of Stoicism is Justice; ..."
Vulpes Inculta 7QT: Stoicism Man, Semi-Imaginary Money, and ..."
"Do You Know what isn't Fair? Calling Atheism a Religion. Or saying Dawkins is a ..."
skwills Who Gets to Give the Courtier’s ..."
"Oh! And you can get there via Naval Gazing.(probably not by Navel Gazing...)"
TheSparksFlyUpward Too Sucky To Be True
Browse Our Archives
get the latest from
Catholic
Sign up for our newsletter
POPULAR AT PATHEOS Catholic
1