I can’t decide if I want to roll my eyes at the sheer number of [X] Hall of Fames that exist or to feign approval until the eventual creation of a Hall of Fame Hall of Fame, in which you can see scaled down miniatures and blown up photos of the best niche museums.  I discovered the existence of the Toy Hall of Fame this week, when they inducted two new toys: chess and the rubber duckie.    The news story says that honorees are chosen “on the basis of several factors including icon-status, longevity and innovation” but I suspect that one of the secret factors is ‘amusingness of juxtaposition’ especially after finding out that last year’s laurel winners were Star Wars action figures and dominos.

Unfortunately, I didn’t see Scott of Slate Star Codex’s post for the end of Daylight Saving Time in time to share with you, but perhaps you would also like to set yourself a reminder to send this artful fable to people next year.  Here’s how it opens:

On an ordinary evening, Tal Aivon was lively and pleasant. The collection of longhouses and yurts within its tall brick walls shone bright with kerosene – not just torches, real kerosene – and its communal meeting area was noisy with conversation and song. The children would be playing their games, and on the eves of holy days the Lorekeepers would chant their stories of the Lost World, accompanied by lyres and the town’s one decaying gyitar.

Tonight, though, a pall lay on Tal Aivon. The six gates of its tall brick walls were barred and shut, and foreboding warriors dressed in odd combinations of Kevlar and steel armor stood just within them, brandishing their swords. Families locked themselves in their yurts and longhouses, huddled around little kerosene lanterns. In the temple, the priests knelt before the stone idols of St. Christ and St. Mahomet, chanting plaintive prayers for protection.

“I still don’t understand,” Meical Dorn complained, from inside the longest longhouse “what this is all about. “None of the wildlings are anywhere nearby – I should know, I’ve came through two hundred miles of forest to get here – and the only three towns in this area are at peace with you. In Great Rabda, even an impending attack couldn’t make us cower inside like this. I have half a mind to think there’s something you’re not telling me, Fin. Something that might…threaten our deal.”

Meanwhile, I can’t tell you what joy stirred in my little pedant’s heart when I discovered, via Tyler Cowen, that there’s a bot on Twitter (@StealthMountain) who “searches for people using the phrase “sneak peak” and replies with ‘I think you mean ‘sneak peek.'”

I’ll meet you at the next take once I stop giggling.

Cowen was not the only wonky blogger to delight me this week.  Neil Irwin, of The Washington Post had a very nice post up that uses airline miles to help readers get a better grasp on how central banking works.  Here’s a preview:

But there is a dirty little secret about these programs, across companies industries. There is regular and persistent effort by the companies to devalue the points their customers have earned. And the reasons why offer a surprisingly useful parable for why the world monetary system works the way it does, and in particular why central banks are structured the way they are.

…This is exactly the dilemma facing governments. A government that has a lot of debt can improve its financial position by devaluing its currency. Suddenly the debts it has incurred are worth a lot less! It is the easiest way to fix a problem in the short-run. But in the process, you’re making your people—your customers—worse off. It may seem painless, but over time it makes people less inclined to invest in your nation and may even prompt some of your wealthiest citizens to move entirely.

Also entering the “Cogent Explanations of Interesting Topics” Hall of Fame is Nautilus‘s explanation of Fourier transforms: “The Math Trick Behind mp3s, jpegs, and Homer Simpson’s Face.”  No prerequisites, and you’re going to be so happy that you took a look at this, I promise.

And if you’re still riding a math high, maybe you’ll want to play the Quadratic Headbandz game that one math teacher invented for her tenth graders. 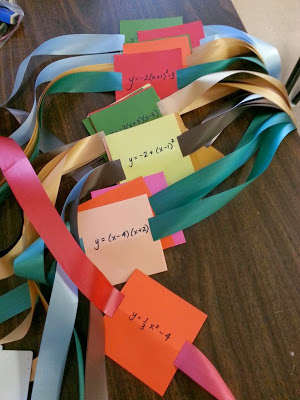 Each student put on a headband with a quadratic formula without looking at it and then had to ask other students yes or no questions to figure out what formula they were wearing.

And, as a final Take, my brother is assistant directing a production of Twelfth Night in New York City, and if you’d like to see the rambunctious video the company he’s working with produced for their Kickstarter, it’s up here.  He has informed me that the production will be serving beer to the audience, but, as of yet, there are no plans to serve cakes, so I am feeling all the indignation of Toby Belch. 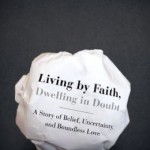 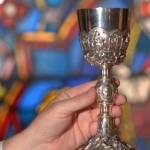 November 16, 2013 Let there be shame and confusion
Recent Comments
0 | Leave a Comment
Browse Our Archives
Related posts from Unequally Yoked