Feasting with the Angelic Doctor 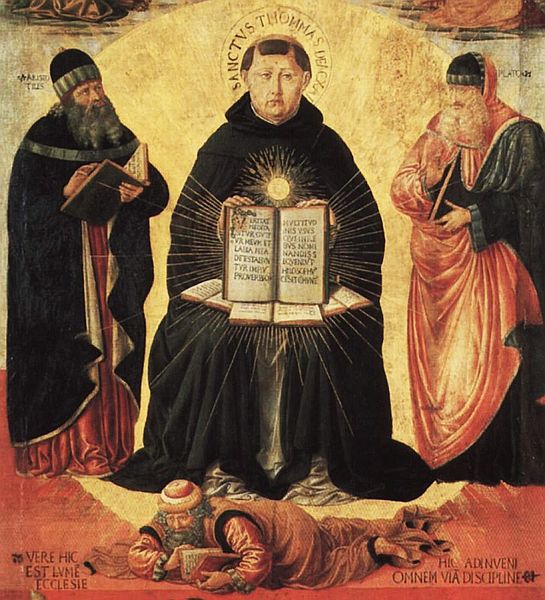 Today is the feast day of Saint Thomas Aquinas, and, over at the Domincana blog, Br. Philip Neri has a lovely reflection on the Angelic Doctor:

Here, too, Aquinas excelled. His verbal reserve earned him the nickname “the mute ox,” and when he did speak, he did so in unpretentious, everyday language (his examples always came from mundane things like rocks, fires, and the “whiteness” of his Dominican habit-inhabiting brethren). Our straightforward friar would never have called himself “abdominous,” just fat. That lack of pretension explains why we meet so little of such a big man whenever we pick up one of his works. Friar Thomas didn’t write about himself; he wrote about God, and he always took the shortest route to get there (why else would a brilliant man in line to become the abbot of one of the most famous monasteries in Europe leave to join a band of beggars?).

Yves Congar once compared St. Thomas’s writings to a monstrance (the big golden thingamajig that holds Jesus during Eucharistic adoration—the word comes from the Latinmonstrare and basically means “a pointer-outer”). But we can go one step further. St. Thomas himself was a monstrance. Everything he did, everything he said, everything he wrote always pointed to Jesus. Despite a capacious midsection that may have demanded table-cutting, St. Thomas never got in the way. He was a clear glass people saw through. What they really saw was Jesus.

I’ve read a just few excerpts of the Summa Theologica in college, so my understanding of this saint has mostly come from three other sources, all of which I recommend:

Of course, for the briefest, most musical introduction, you want “On The Question Of Whether Theological Disputations May Be Set To Music” from the Dungeons and Discourse musical Fermat’s Last Stand.

Theology, theology
It isn’t just tautology
It edifies your being like
A spiritual technology

You attack it, you critique it
But you secretly still seek it
God and goodness are the ends
To which your very nature tends

It’s not just my opinion
It’s a fact teleological
From some of reason, some of faith
And summa theologica

And with that, I’m off to Mass.  If you’re going today, you might want to bring this post-communion prayer by St. Thomas Aquinas with you, or to print out a copy to put in your pocket for this Sunday.

I thank you, holy Lord, almighty Father, eternal God, who deigned to feast me, sinful and unworthy servant, with the precious body and blood of your Son, Jesus Christ our Lord, not for any merit of mine, but only because of your merciful goodness. And I pray that this Holy Communion, far from condemning me to punishment, may bring about my pardon and salvation, encompassing me with the armor of faith and the shield of a good will. By it let my vices be done away, all lustful desires extinguished. May it advance me in charity, patience, humility, obedience, and every other virtue. Let it be strong defense against the wiles of all my enemies, visible and invisible, allaying for me every disturbance of flesh and spirit, binding me firmly to you, the one true God, and bringing my last hour to a happy close. I pray, too, that it may be your pleasure to call my sinful self one day to that banquet, wonderful past all telling, where you, with your Son and the Holy Spirit, feast your saints with the vision of yourself, who are true light, the fulfillment of all desires, the joy that knows no ending, gladness unalloyed, and perfect bliss: through the same Christ our Lord. 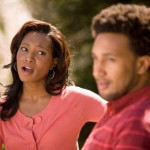 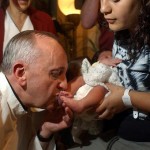 January 29, 2014 Rolling Stone Misses the Source of Francis's Joy
Recent Comments
0 | Leave a Comment
"On that note... I recommend every Catholic and Christian have that post a read. Click ..."
Oktavian Zamoyski Effective Altruism and Caritas [Radio Readings]
"I think too many people have grandiose and unnatural ideas about charity. It becomes a ..."
Oktavian Zamoyski Effective Altruism and Caritas [Radio Readings]
"Jesus wasn’t resurrected as a great miracle simply in order to convince people to believe ..."
John The Two-Lazarus Problem
"The cartoon is amusing, but flawed. One of the four virtues of Stoicism is Justice; ..."
Vulpes Inculta 7QT: Stoicism Man, Semi-Imaginary Money, and ..."
Browse Our Archives
Related posts from Unequally Yoked