This week, I had the pleasure of going to a talk at the Folger Shakespeare Library on the discovery of Richard III’s body.  They had one of the archaeologists and one of the geneticists talk about how they knew where to look and how they verified the skeleton’s identity.  I could probably fill most of the Quick Takes just with facts from their lecture and the Q&A, but here are some highlights:

So, to go on in the vein of science and death, io9 had a nice explanation of why canaries make such good canaries in coal mines:

For birds, the oxygen goes in and the carbon dioxide out, when it travels through a structure that resembles a ribcage-like series of tubes. When a bird draws breath, it passes air through those tubes, absorbing the oxygen into its bloodstream while the remaining de-oxygenated air goes into two sacs in its body. It also takes in air that rushes directly to a second set of sacs. When the bird exhales, the “spent” air rushes out, along with the carbon dioxide. That second set of sacs, full of unused air, also empty. Their oxygen-rich air rushes through the tubes on its way out, letting the blood absorb yet more oxygen. Birds are getting fresh air when they inhale and when they exhale – a double dose for our single one.

Leslie Jamison has an excellent essay up at The Believer about her experience as a Medical Actor, helping medical students practice diagnosis and empathy.  Then she winds up in the hospital as herself.

We play a demographic menagerie: young jocks with ACL injuries and business executives nursing coke habits. STD Grandma has just cheated on her husband of forty years and has a case of gonorrhea to show for it. She hides behind her shame like a veil, and her med student is supposed to part the curtain. If he’s asking the right questions, she’ll have a simulated crying breakdown halfway through the encounter.

Blackout Buddy gets makeup: a gash on his chin, a black eye, and bruises smudged in green eye shadow along his cheekbone. He’s been in a minor car crash he can’t remember. Before the encounter, the actor splashes booze on his body like cologne. He’s supposed to let the particulars of his alcoholism glimmer through, very “unplanned,” bits of a secret he’s done his best to keep guarded…

Other students seem to understand that empathy is always perched precariously between gift and invasion. They won’t even press the stethoscope to my skin without asking if it’s OK. They need permission. They don’t want to presume. Their stuttering unwittingly honors my privacy: “Can I… could I… would you mind if I—listened to your heart?” “No,” I tell them. “I don’t mind.” Not minding is my job. Their humility is a kind of compassion in its own right. Humility means they ask questions, and questions mean they get answers, and answers mean they get points on the checklist: a point for finding out my mother takes Wellbutrin, a point for getting me to admit I’ve spent the last two years cutting myself, a point for finding out my father died in a grain elevator when I was two—for realizing that a root system of loss stretches radial and rhizomatic under the entire territory of my life.

My friend Robby has a fascinating blog post up on Anglish, which is like English but different.  Anglish purges the romance roots from our language, and leaves us with the original, Germanic-derived words and phrases.  Here are a couple of my favorite swaps he mentioned:

(Ok, I had to cut myself off in the As, but quit yer brangling, there’s plenty more at the link).

Update: a couple of you have recommened Poul Anderson’s “Uncleftish Beholding” which is a brief explanation of atomic theory using exclusively words of German origin.  And I got a bonus delight when looking at the story’s Wikipedia page where I discovered the word calque (n,v) – a word or phrase borrowed from another language by literal, word-for-word (Latin: verbum pro verbo) or root-for-root translation.

The New York Times did another fun bit of translation this week, superimposing Sochi venues onto New York City landmarks to give you a sense of scale.  It really merits clicking through, but I’ll show you my favorite below:

And in the most wondrous transposition of all: a detailed explanation (complete with maps, graphs, and simulations) of what life would be like if the Earth were a torus (donut-shaped).  My favorite part was all the different, bizarre-but-stable possibilities for moon orbits.

I’ll give you the conclusion as a teaser, so you’ll want to know what it means.

Torus-worlds are unlikely to exist naturally. But if they did, they would make awesome places for adventure. A large surface area. Regions with very different climate, seasons, gravity and ecosystems. Awesome skies on the interior surface. Dramatic weather. Moons in strange orbits.

We better learn how to make them outside of simulations.

And finally, let’s return to the most important story of the week: J.K. Rowling disavowing Ron and Hermione’s romance.  You’ve seen my thoughts, and now I want to point you towards Alyssa Rosenberg’s reflection.

There’s no question that some people do meet the loves of their lives as teenagers. But not everyone does. And Rowling’s refusal to acknowledge that has the effect of freezing a part of all of her characters in their adolescent years, at a moment when their emotions are most intense and their perspective on love is most exalted. That’s a mode of dealing with the world that’s in keeping with epic fantasy, with its absolutist approach to political conflicts. But it also means that there’s something flat at the heart of many of Rowling’s characters, an area in their lives that’s somehow immune from the kind of grand complexities that defines their approach to magic, to technology, to racialized politics, and even to their friendships. Maybe it’s meant to be an act of mercy, a place in the characters’ lives where something is simply a source of joy. But it’s a way of telling love stories that to me, does a small disservice to the characters that Rowling created, who can be selfish, temperamental, close-minded, hysterical, hypocritical, and beautifully silly. 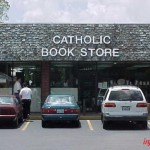 February 6, 2014
I have a marvelous plan for catechesis but this worksheet margin is too narrow to contain it
Next Post 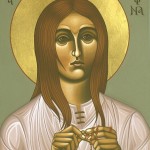 February 7, 2014 Courage is What You Do in the Presence of Fear
Recent Comments
2 Comments | Leave a Comment
"Jesus wasn’t resurrected as a great miracle simply in order to convince people to believe ..."
John The Two-Lazarus Problem
"The cartoon is amusing, but flawed. One of the four virtues of Stoicism is Justice; ..."
Vulpes Inculta 7QT: Stoicism Man, Semi-Imaginary Money, and ..."
"Do You Know what isn't Fair? Calling Atheism a Religion. Or saying Dawkins is a ..."
skwills Who Gets to Give the Courtier’s ..."
"Oh! And you can get there via Naval Gazing.(probably not by Navel Gazing...)"
TheSparksFlyUpward Too Sucky To Be True
Browse Our Archives
get the latest from
Catholic
Sign up for our newsletter
POPULAR AT PATHEOS Catholic
1