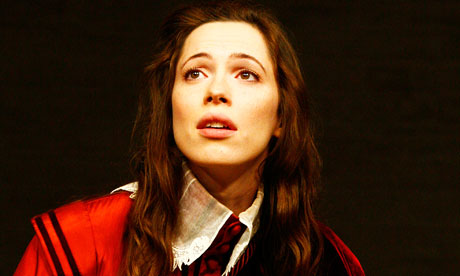 Ross Douthat and PEG have been having a back and forth over the possibility of communion for divorced and remarried Catholics (part 1, part 2, part 3), and my attention was caught by Douthat’s discussion of the “firm resolve” to turn from sin required to make a good confession and return to communion.  He writes:

To use a higher-stakes version of the professional case Gobry references — if you work at a job that by its nature requires grave sin for full participation (let’s say, I dunno, you’re a lieutenant for the Wolf of Wall Street in his salad days), and you make a confession of sin but have no plan of any kind to disassociate yourself from the business, your confession is by definition insufficient, and saying “I do not have the will to stop defrauding people, Lord, but I pray to gain it” is a sign that you should be praying and not communing.

The same logic, then, would apply to someone in an institutional arrangement that amounts to public adultery under the church’s definitions. You need not have the full desire to change (of course everything is grayer than a term like “perfect contrition” might suggest), but the desire to have the desire is not enough: You need to have some intention to change your life, some idea of alteration, to confess and commune in good conscience. And absent a significant shift in our understanding of the confession-communion relationship, the church’s assumption has to be that people who are literally married to their sin do not.

Douthat notes that, sometimes, there may be appropriate exceptions based on individual circumstances, but that formalizing rules for the exceptions is (a) practically Gödel-hard and (b) likely to do more harm than good.  I’m pretty much in agreement with all that.  But I do think the Church can offer more images of what “firm resolve” looks like, and by so doing, invite more people to take whatever steps of repentance are available.

For example, Douthat and PEG both turned to examples of sinful situations that are very difficult, logistically and emotionally, to untangle yourself from.  But I’m prone to repeated sins (I can think of a particular person I was habitually short-tempered and petty with) that don’t result from any external force.

My children’s tuition payments aren’t dependent on my unkind thoughts; the stability of my home life doesn’t rest on my rolling my eyes or gossiping, and yet I persisted in this behavior, without any reward by my own bitterness.  I went to confession, because I did recognize that my thoughts and feelings were ugly and aberrant, but I didn’t have much of a plan for alteration.  I could pick particular prayers to try to interrupt the petty thoughts when I noticed them, but I had welcomed a logismos and it had taken root.

My prayer didn’t quite wind up being “I do not have the will to stop being contemptuous, Lord, but I pray to gain it,” but it was pretty close.  I turned to an exclamation from Viola in Shakespeare’s Twelfth Night, slightly modified.

O Lord! thou must untangle this, not I;

It is too hard a knot for me to untie!

Depending on the staging, Viola’s lines can be a callous brushing off of her own part in creating this knot or pure confusion.  But I tend to like the Violas best who seem well-intentioned and overwhelmed.  They may not know where to start pulling on the knot, but they recognize that tangle of relationships and loves around her is a disfigurement of some better plan.

When I pray “Lord, thou must untangle this” I am not disavowing my own responsibility, but I am asking for help in the work.  By myself, I can’t stay out of sin, and I may be too mired to even make a good faith effort.  But I still want some small way to cooperate with God, in the hopes that it will lead me to greater unity and a better formed will.  In PEG’s formulation, my prayer sounds something like this:

I wasn’t really up to a firm resolve to be kind, but I could maybe have some kind of resolve to not be terrible for at least one isolated incident.  In my case, one thing I ended up praying for was the opportunity to do the person I was wronging some very small kindness.  Something as small as picking up a dropped book or telling them the time when they asked.  Small enough that I could actually do it.  I asked for the grace to recognize this opportunity, act on it, and then to see it as the one right thing in my relationship with this person.  Think of it as a spiritual oil spot tactic.

There are times when refraining from communion are appropriate, while we work out our salvation with fear and trembling, but the Church could do a little more to advise about the form that repentance could take.  I’ve had friends, in similar situations of repeated sins, receive more of the “stay away and pray” advice, without very much guidance on what that prayer should look like.  Since the confessional isn’t a counseling session, and relatively few parishioners participate in spiritual direction, the message some of them heard was “Come back when you’ve solved this.  Good luck.”

Divorce and remarriage is the particular circumstance in the news, but, whenever someone is struggling with a sin that they’re yoked to, by institution or by habit, it takes community, if not communion, to pull them out.  If you’re denying one, all the more reason to make sure you offer the other. 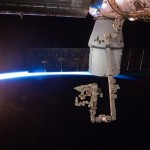 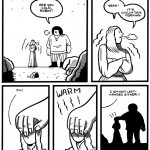 May 2, 2014 7 Quick Takes (5/2/14)
Recent Comments
0 | Leave a Comment
"Do You Know what isn't Fair? Calling Atheism a Religion. Or saying Dawkins is a ..."
skwills Who Gets to Give the Courtier’s ..."
"Oh! And you can get there via Naval Gazing.(probably not by Navel Gazing...)"
TheSparksFlyUpward Too Sucky To Be True
"Hello, Deiseach!1. This is not an ad. (It always reassures me when someone says that!! ..."
TheSparksFlyUpward Too Sucky To Be True
""Do you honestly think that a child raised by a woman has no exposure to ..."
Zorin 2012 Queer Blogathon [Index Post]
Browse Our Archives
get the latest from
Catholic
Sign up for our newsletter
POPULAR AT PATHEOS Catholic
1