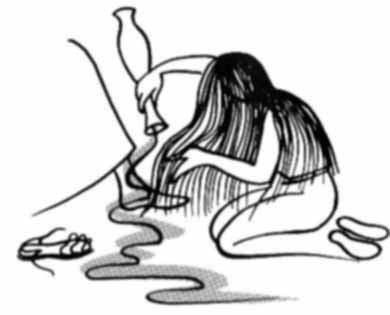 In this week’s chapter, Pope Francis uses the falling away of the church at Ephesus as an admonitory example for our own, personal attempts to follow Christ.  The Ephesian church didn’t fall into heresy or disappear altogether, but, instead, it “abandoned the love you had at first.”  Initial passions don’t persist, but Ephesus had failed to nurture their love into a subtler, mature devotion, and were being exhorted to do so before there was no embers left to stoke.

Pope Francis then turns from the experience of a city to the disposition of individuals, and the ways we can quench our love, even as we think we’re feeding and strengthening it.

When people realize that they have lost the energy of their earlier passions, they respond in different ways.  Some try to perform “plastic surgery of the soul”: they seek to be like young people, adopting their styles of dress and speech.  Leaving aside the unfortunate cases, this is at best only a superficial solution, one that conceals the true challenge.  Other people, as they age, become fixed in external practices; they harden into a rigid posture that smacks of pharisaical negativity.  Questions of dress–for example, cassocks vs. jeans–may reflect inner attitudes, but what is at stake is something much deeper; it can be seen especially in our attitude toward work.

The loss of our initial fervor may lead some of us into enthusiasm about what might be called “secondary tasks” or “busy work.”  Whereas our mid-life crisis is an invitation from the Lord to become more practiced in the theological virtues, we often prefer to practice the “secondary virtues,” which are more suited to busy work.  Some of us become socially involved with such eagerness that we depart from conventional liturgical forms.  Others, in contrast, become exceedingly fussy in all that has to do with ritual.  In neither case is the real challenge being honestly confronted.  Our first love must undergo conversion, which means “concentrating on Jesus Christ alone.”

I could think of examples, from my own life and from those of friends, that matched Pope Francis’s descriptions very well, so I read on eagerly, hoping for a description of rightly ordered love that would be just as vivid and practical as his portraits of stunted love.  Unfortunately for me, the example he turned to as a paragon was much farther from my life: Mary upending her jar of oil over Jesus to anoint him.

I could see how any of the previous examples could be earnestly, subjectively mistaken for Mary’s act of love.  Policing Pharisaical strictures can feel like love, since you’re offering something (and, often, feel persecuted as a result).  In order to follow Mary’s example correctly, Pope Francis recommends discernment, to better differentiate between our instinct to do something and our instinct to do the right thing.

I’m not very good at this, as of yet, so I went casting about for a crutch, and wound up thinking of the three questions that Richard Hamming used to go around asking people at Bell Labs three questions:

Hamming had a nice way of sneaking up on people.  We all have answers for why we’re doing the work we’ve taken on, so Hamming didn’t bother asking that question.  He just asked what the most important thing would be, and why we aren’t doing it.  When I’ve reframed questions like this, sometimes it turns out not be impossible to offer something to the most important problem.

The oil Mary offered was expensive and extravagant.  She wasn’t holding back what she had for other causes or tasks; she had discerned the most important thing in her life and offered everything she had, as beautifully as she could.

Writing this post, and applying Hamming’s questions to my spiritual life, I could immediately think of some answers for question number one (“What’s most important?”) for which my answer to the second question (“Are you working on them?”) would be ‘No.’

It’s probably not the case that all my current answers to #1 are correct, but by actually engaging with them, I’d have a better chance of finding out, and being changed.  As long as I hang back, spinning my wheels, it’s hard to grow in the discernment that Pope Francis prescribes. 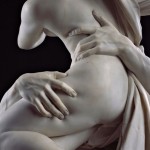 June 24, 2014 Selling Beauty Short
Recent Comments
0 | Leave a Comment
Browse Our Archives
get the latest from
Catholic
Sign up for our newsletter
POPULAR AT PATHEOS Catholic
1

Armstrong's Refutations of Alleged Biblical "Contradictions"
I've done quite a few of these. I thought it would be...
view all Catholic blogs
What Are Your Thoughts?leave a comment
Copyright 2008-2021, Patheos. All rights reserved.