Three Priestesses Deciding Whom to Sacrifice 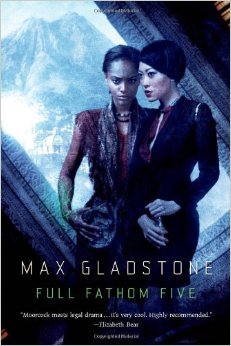 There are three priestesses at the heart of Max Gladstone’s newest book in his Craft Sequence, Full Fathom Five, and none of them fit easily into the traditional split of Maiden, Mother, Crone.

In his last book, Two Serpents Rise, the action took place in a city that had thrown out its gods and had replaced it with a more mechanical means of keeping communion flowing between souls.  This book also takes place in a city without gods (Kavekana’s gods went out to the wars, and never made it back), so, although its protagonists are priestesses, they all exist on the fringes of their society.

Izza thinks of herself as marginalized by her poverty, more than her devotion, but, as the secret storyteller to a group of children, she provides them with a spiritual sustenance, as well as looking after their physical well-being, as best she can.  Their gods are poor gods, unable to offer flashy miracles, but Izza and her friends offer them love anyway, simply in recompense for being beautiful and for offering their worshippers what care they can.

Cat is a foreigner, who has travelled far from her city and her goddess.  (Readers of Three Parts Dead, the first book published in this series, will recognize Cat immediately).  Her exile appears to be self-chosen, as, in previous books, she struggled to live as an avatar of her goddess, prone to lose herself in her goddess’s larger glory and purpose.

Kai is the only one whose job is explicitly to serve as a priestess, but, on Kavekana, that job is meant to look a bit more like the industrialized faith of Dresediel Lex.  Kai tends a pool of idols, which are designed to be pallid imitations of gods, that allow pilgrims to make devotional transactions without forming true relationships.  The attraction for Kai’s firm’s clients is that once they’ve nominally committed themselves to an idol, all other gods must respect their choice and cannot demand fealty.  (In customary Gladstone style, the religion of this world is mappable onto the finances of ours; Kai’s clients are doing the divine equivalent of corporate inversions — transferring assets offshore to avoid taxes/owed sacrifices).  But while Kai’s coworkers are glad to be functionaries, Kai serves her creations with the fervor her clients lack.  The book’s plot is kickstarted when Kai risks her life to save an overextended idol from collapse.

These women are people who choose service, even when it appears it might come at the expense of survival.  But, as I read the book, it was hard not to be a little suspicious of some of their seemingly selfless choices.  Kai repeatedly sacrifices herself, physically and professionally, to shield a coworker, but appears to do so mechanically, without any particular love her friend.  Her boss accuses her of pathologically seeking out sacrifices to offer the idols, pushing herself past her limits, and pushing away any human relationships that could exercise competing claims on her love.

Ultimately, a priest stands between a god or goddess and their flock as a translator.  The priest is a sign, a resource for pilgrims unsure of how to proceed, people with love that they don’t know how to offer.  In the Catholic tradition, the priest sometimes stands in persona Christi, somewhat analogously to the way Cat’s goddess acts through her, with a sacrifice made of themselves in order to bring the divine closer to everyone else, in a form they can recognize and interact with.  In order to serve as a priest, Kai ultimately needs to be able to face out, to know the people on whose behalf she offers sacrifice, rather than appropriating their needs for her private devotion.

Gladstone’s newest book does well by its devoted characters.  Izza, Cat, and Kai live in a world where the choices are harder than just sacrifice versus selfishness.  All three characters must go through a process of discernment to decide whom is worth sacrificing for, and whom (including themselves) they can licitly offer as sacrifice.

For new readers: I thought that Gladstone’s first two books, Three Parts Dead and Two Serpents Rise could be read in either order, but I’d recommend reading both before starting Full Fathom Five.

Also, a year ago, I interviewed Max Glastone about his novels.  You can read parts one and two of that interview at the links. Max’s own blog is a great deal of fun and a worthy addition to your RSS reader.  The first five chapters of Full Fathom Five are available to read through Tor.com. 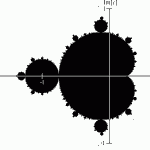 July 14, 2014
Of Morality and Mandelbrot [Pope Francis Bookclub]
Next Post 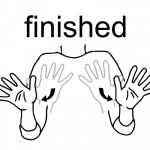 July 16, 2014 Can you recognize the fairy tale I'm signing?
Recent Comments
0 | Leave a Comment
Browse Our Archives
get the latest from
Catholic
Sign up for our newsletter
POPULAR AT PATHEOS Catholic
1