Why is it So Hard to Find New Friends? 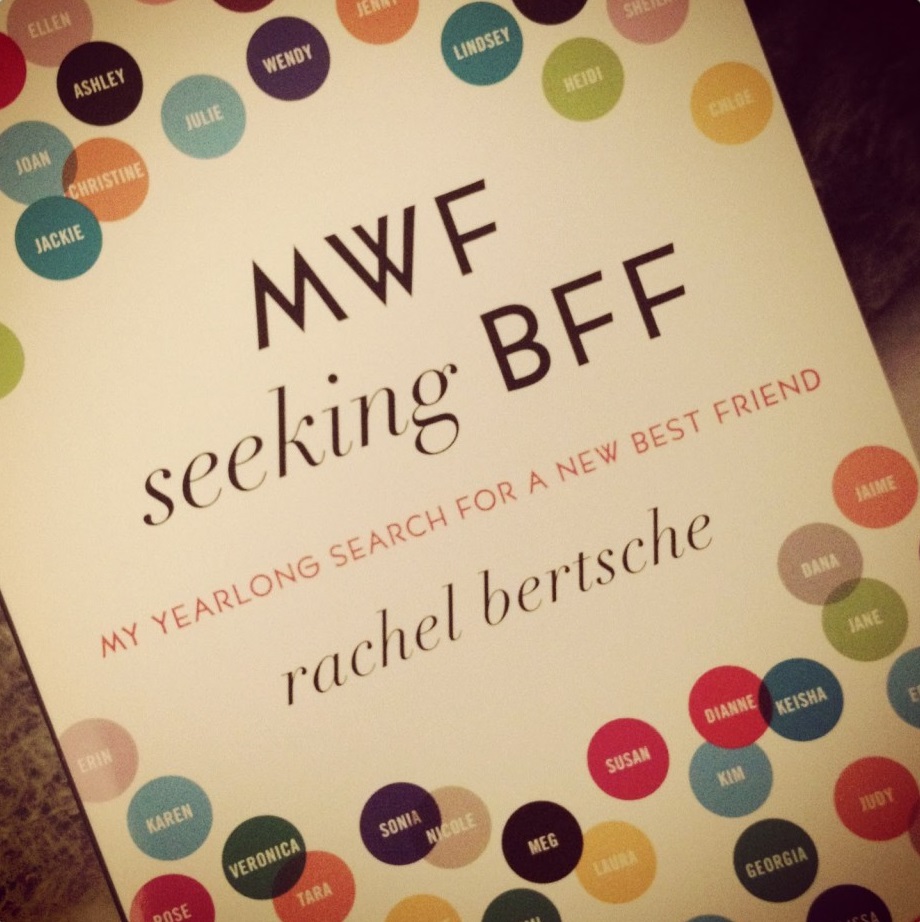 I wanted to like MWF Seeking BFF: My Yearlong Search for a New Best Friend better than I ultimately did, since Rachel Bertsche makes a persuasive case that we need more archetypes of adult friendships. Unfortunately, although I feel like Bertsche and I are working on the same project, generally, I never wound up caring very much about her specific project.

Bertsche has the goal on going on 52 “girl dates” in a year, in the hopes of finding a new best friend in Chicago, her new home. The trouble is, even as some of the girls she meets stick around, I never wound up particularly liking or rooting for any of them. Bertsche has a tendency to tell us that a new companion is interesting without showing it, at least as far as I’m concerned. The slightly clinical tone is exacerbated by the way Bertsche drops in statistics and sociology (Dunbar’s number, etc) a little awkwardly. (I hear, but can’t confirm, that Love and Salt is pretty good if you want a book about a friendship, rather than friendship in the abstract).

I did still find Bertsche’s methods interesting. She tries to chat up people in her current orbit of activies (yoga), join new activities (improv), use snowball sampling from her current group of acquaintances, and signs up for friendship-matching websites. None of these is so successful as to get me excited to try them.

Most of these techniques look like they were cribbed from a how-to-get-a-date guide, which is kind of odd. There’s no reason to expect that the same strategy would be well tailored to such different ends.

Everyone (me included) kvetches about the difficulty of finding a date, but at least there are more generally accepted solutions to draw on. You can go to a bar, set up an OkCupid, or stomp morosely around your kitchen singing “29/31” and petulantly demanding to be yenta’d (don’t laugh, that last worked for me). But if you’re looking for new friends, it’s harder to figure out what to do, especially if you don’t want your quest to be mistaken for flirting.

I’ve got two strategies that work reasonably well for me, and I’d love to know what you all have in your arsenals. First, if I’m getting on well with someone I’ve met at a lecture or a party or whatnot, I try not to let our conversation hit a natural end. I invent a reason to leave while the energy is still high, apologize, and ask to set up a time for coffee to continue the discussion we were in the middle of. That way, when we meet up again, we’re in media res and don’t wind up stuck in an awkward “Nice to see you again. How are you, the weather, and your preferred sports teams?” I think it comes across like less of a come-on to boot, since there’s a clear reason to meet up.

My other strategy is to ask a new potential friend to whatever event (movie night, play read-aloud, debate) that’s happening next at my house. This way, there’s no too-soon intimacy of asking to see someone aloud, and there will wind up being a presupplied topic for conversation. This only works because I do throw events often enough to be likely to have an opening within a month of our first meeting, but would (and did) fizzle in a new city, starting from scratch.

Neither of these tricks handles the problem of finding someone you want see again. On that matter, Bertsche and I turn out not to have much advice. When I moved to California, I tried a lot of the most logical things I could think of: going to lectures, plays, etc, but, even though I was technically with like-minded people, I had no opening to speak to anyone in particular (unless there was a Q&A session and I could plausibly be interested by the question someone else had asked). Even at my church coffee hour, I pretty much never wind up in conversations with new people – if no one I know is there, I wind up sipping coffee (and watching the scrambling children) alone.

The best I can guess at is trying to manifest as many silent conversation handles as possible (visible books, Pratchett-quoting kindle case, Shakespeare bag, weird t-shirts) and to compliment the visible oddities of others. Your strategies?

Today is the fourth day of my novena to St. Maximilian Kolbe.  Free free to pray along. 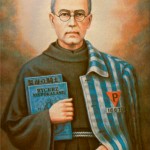 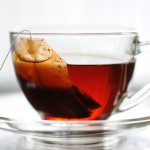 August 18, 2014 Lukewarmness is for Zero Sum Games [Pope Francis Bookclub]
Recent Comments
0 | Leave a Comment
Browse Our Archives
get the latest from
Catholic
Sign up for our newsletter
POPULAR AT PATHEOS Catholic
1